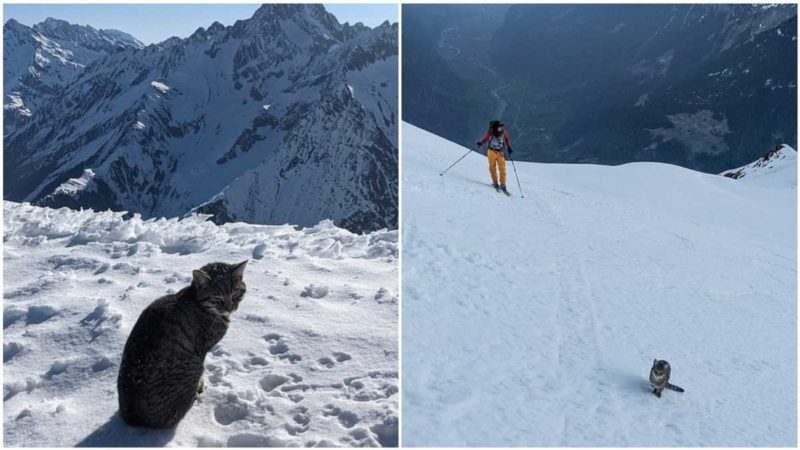 At first, it surprised them and even frightened them. 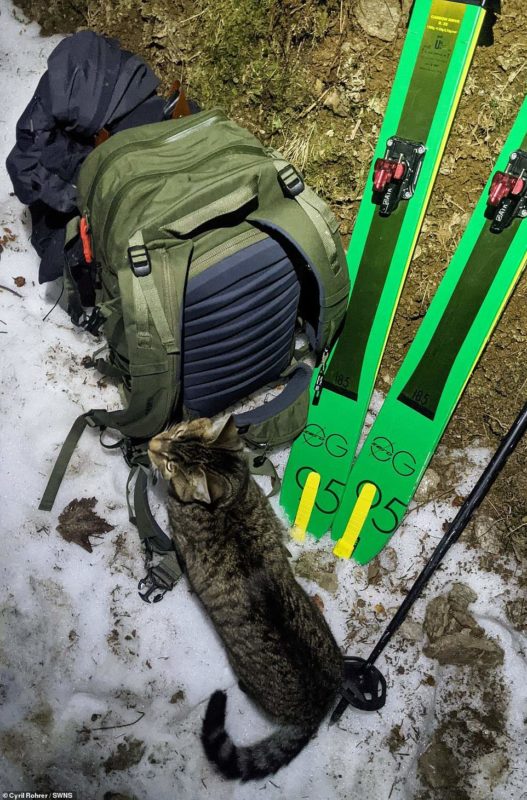 Subsequently, a striped cat ran up to them, who asked to be petted and not to leave the tourists.

Almost 7,500 feet were still left to the top of the mountain, and tourists could neither abandon the cat nor turn off the route.

Therefore, the four-legged made a long way up the hill after them. Thus, it reached an altitude of 10,000 feet above sea level. 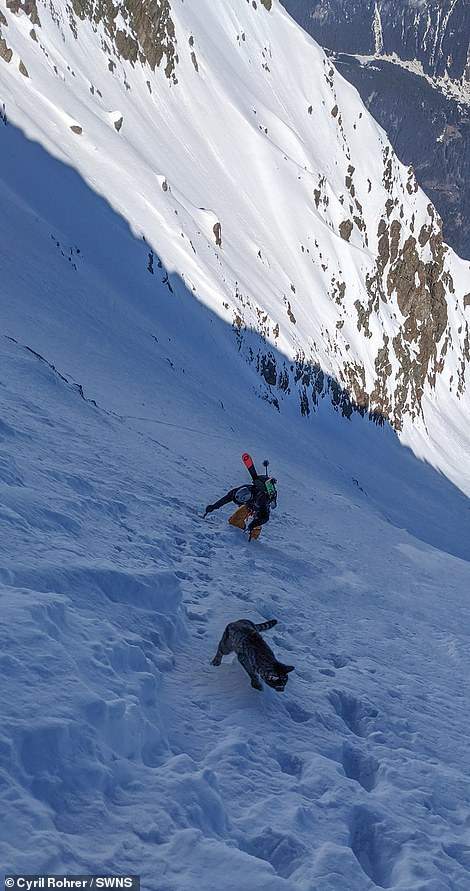 “We were definitely confused. I felt very sorry for the cat. She was really exhausted on the ridge under the summit,”
Cyril said.

Kitty was very tired, sometimes Cyril or Eric took her in their arms, or put her on top of their backpacks.

The cat’s paws were bleeding from the frosty cover of the mountain.

In the end, the guys met hikers who were descending onto the plain into the city. They gave the cat to this group.

The owners were already waiting for her. As it turned out, the kitty went missing four days ago.

Two days before, she also went with other tour groups to the peak. 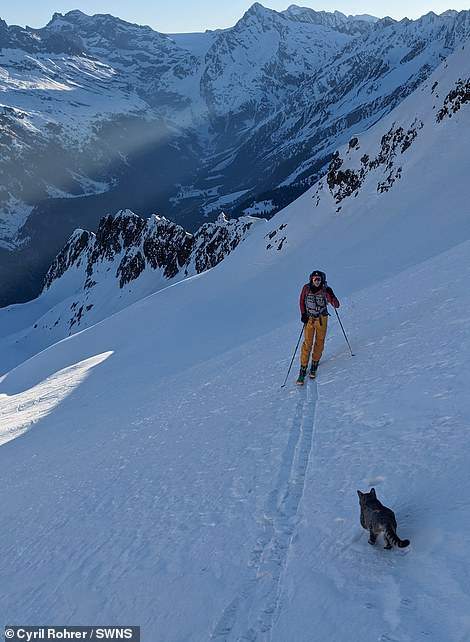 That is, the kitty overcame the mountain several times before meeting with the owners.

“Animals do strange things. And they are much tougher than humans. They will never give up. Even though they really hurt,” – summed up one of the guys.