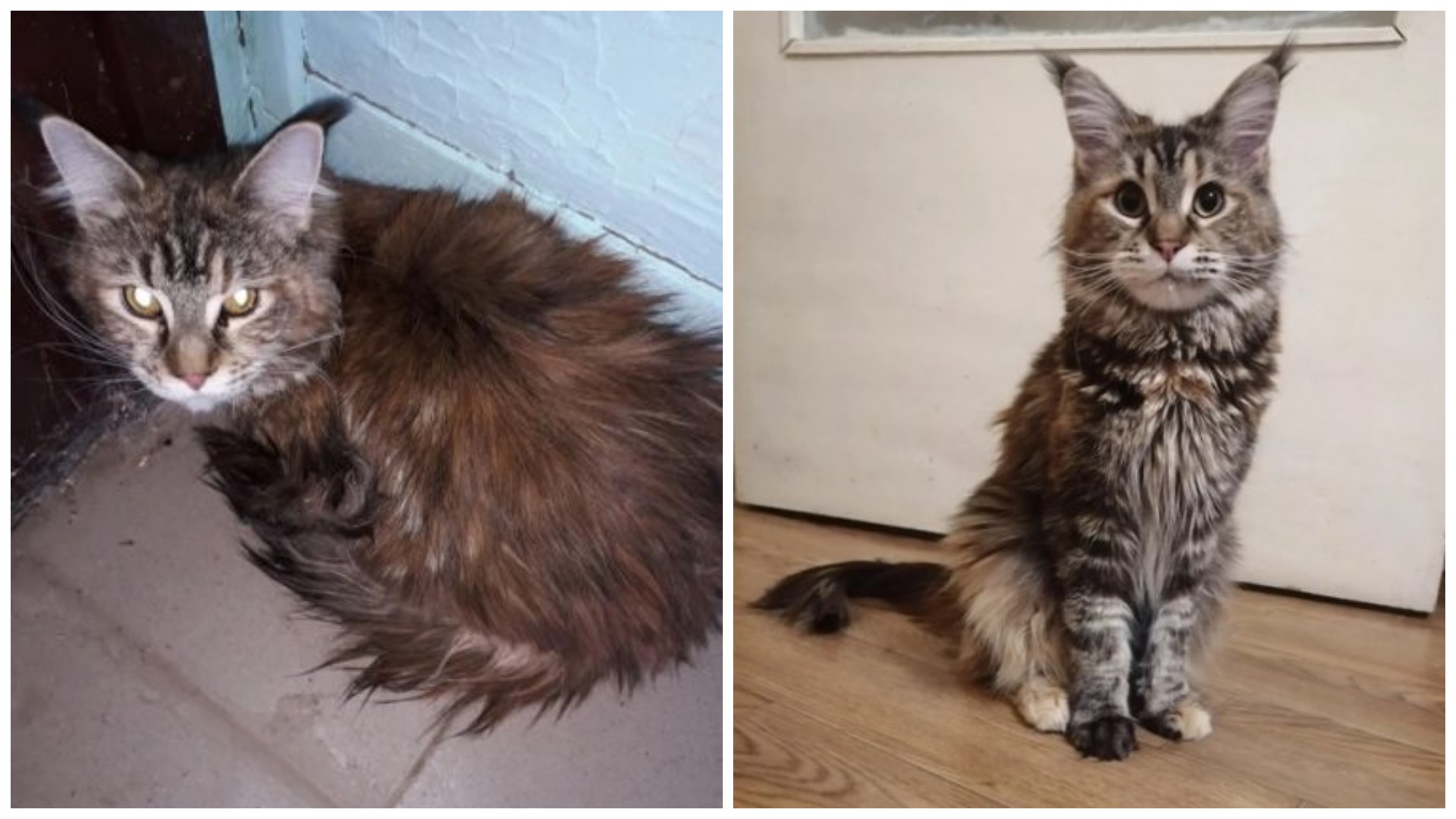 I learned about this baby from a group of animals in our city. One of the residents of a high-rise building wrote that a cat has been sitting in their entrance for several days, huddled in a corner, and does not move from its place. Does not eat anything and does not drink water. Three whole days! That’s how many days the cat sat scared, lost, and lonely, did not eat or drink anything during these days, but none of the residents took it to him, did not try to help. Well, at least they wrote to the group three days later. 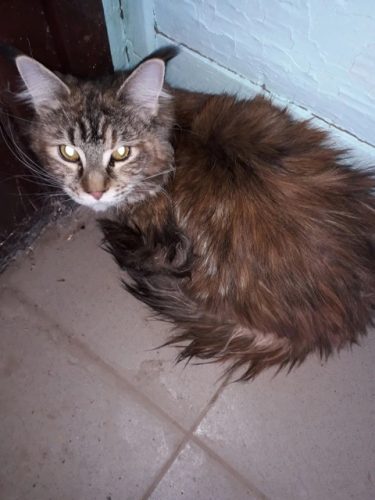 One of the volunteers, when she saw this ad, could not leave the baby to the mercy of fate, although she has her own two cats, another cat was at her house on temporary care, a rescued fox was kept and several other pets were curated.

When the volunteer arrived at the address, she found the cat in the same corner, in the same position. It looked very unhappy and ill. It was not difficult to catch it because obviously, the baby was once a pet. The kitty was in a very neglected state. The wool turned into one solid felt boot. 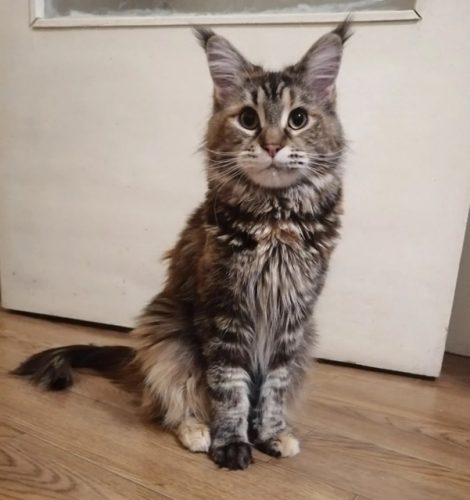 When the cat was already in the volunteer’s apartment, it went to the toilet, there was blood in the urine. The next day, the volunteer took the cat to the vet clinic. The veterinarian after the examination said that it was about two or three years old, it had cystitis and urolithiasis. Perhaps its illness was the reason that the cat was on the street. There, in the vet clinic, the pet was shaved, because there were a lot of tangles, and they caused discomfort and pain. 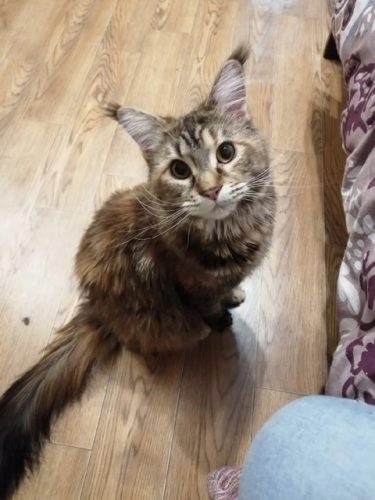 At the moment, the cat is being treated. It’s already getting better. Now the cat is fed with specialized feeds. Perhaps its owners will have to feed it like this always. In addition, urolithiasis will occasionally worsen and they need to be prepared for this.