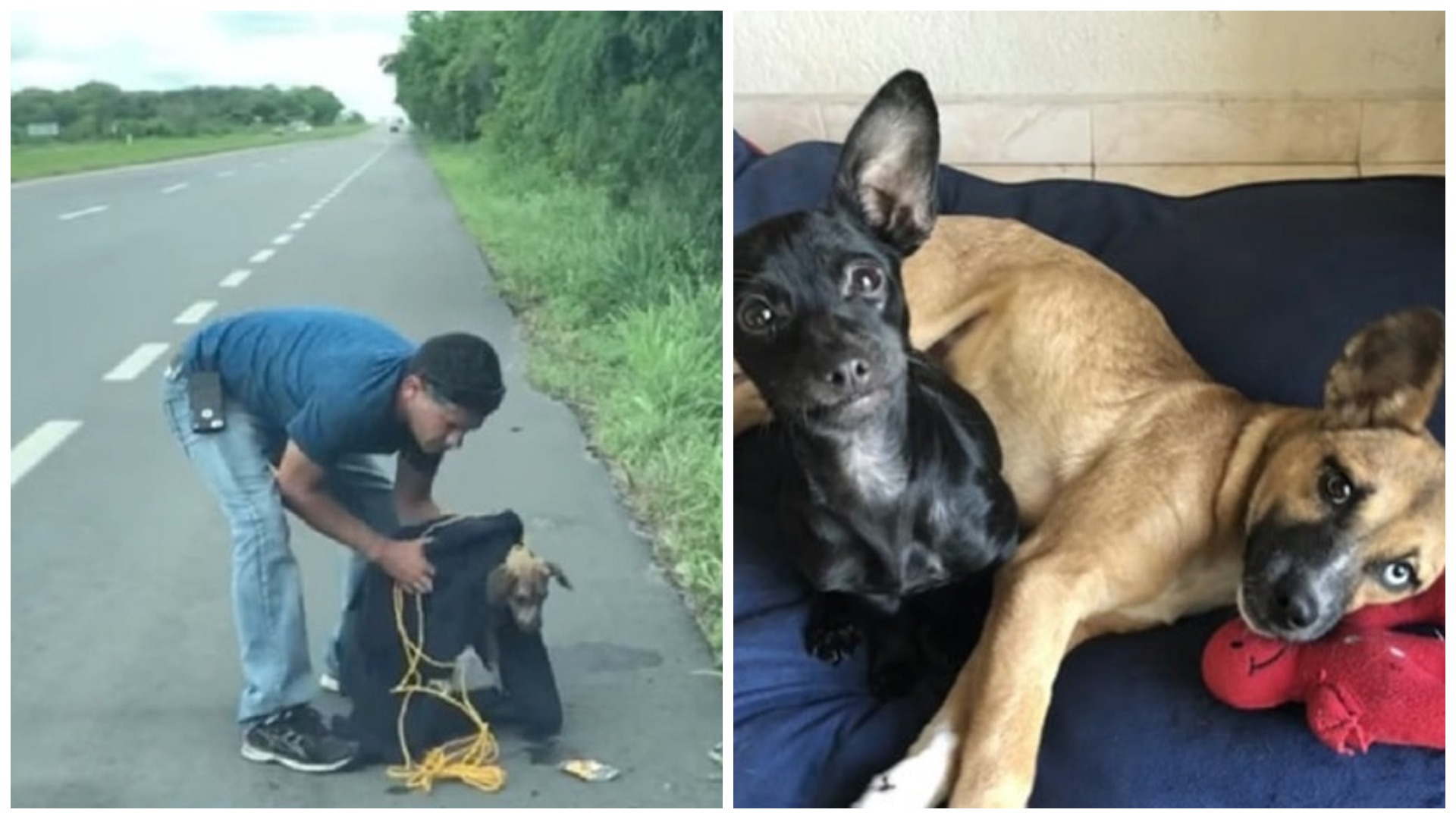 We must always help our four-legged brothers because they are weaker and more unprotected than we are.

People driving along the highway accidentally noticed a dog sitting on the side of the road. They couldn’t just drive by and stopped because they knew something was wrong with the animal. 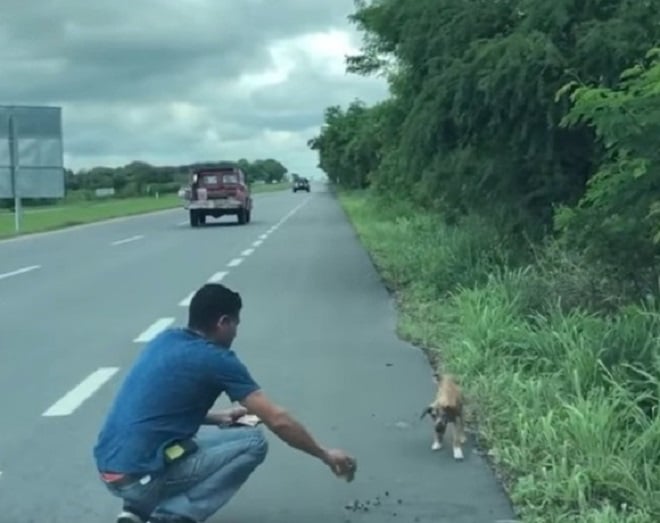 From the look of the dog, it was immediately clear that it was exhausted from hunger, so they fed it with what they had with them. The poor thing approached the food very timidly, but still ate what it was given.

The passengers of the car couldn’t leave it like this, so they decided to take it with them. 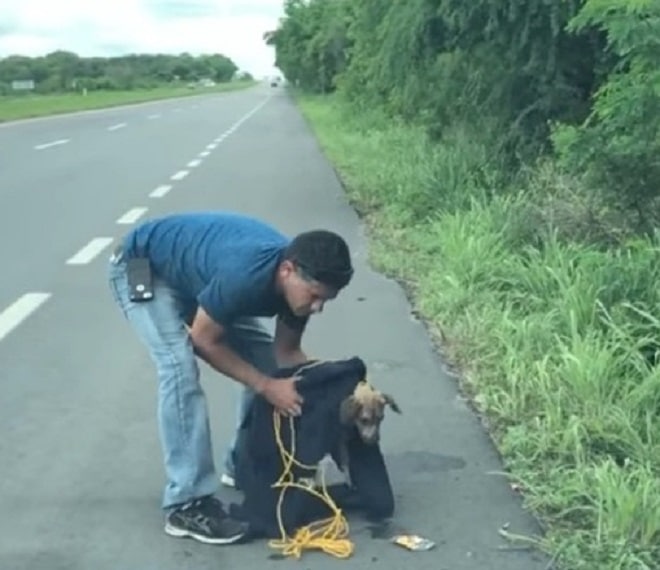 For a long time, they could not stand on this road, because cars passed by all the time. Moreover, they were worried that the dog could get scared and jump right out onto the roadway. And with the help of food, they decided that they could inspire confidence in the animal. 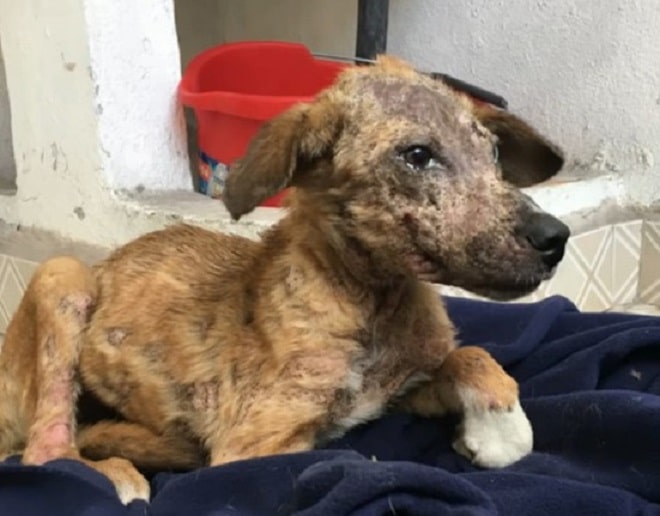 The dog realized that people did not wish it harm. Then the man was able to put a rope on it like a collar. Of course, the animal did not particularly like it, but people could not do otherwise, because they wanted to help.

Eventually, the driver got a rope and then dragged the dog into the car. After that, people went to an animal shelter. 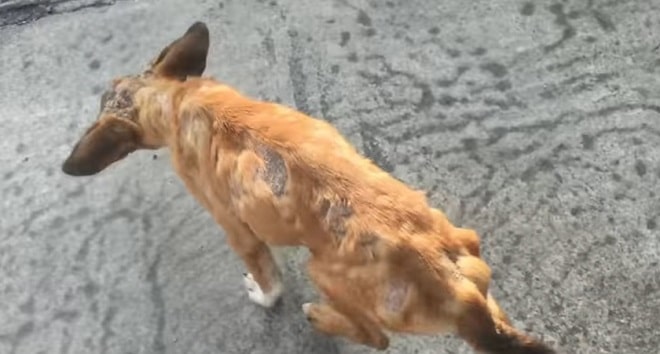 Up close, they were able to see that the poor animal looked very bad. It was all in fleas, its ears were in infection, and its fur just fell out in shreds due to scabies. The animal’s paw pads were also badly injured. And it weighed only 4 kilograms. 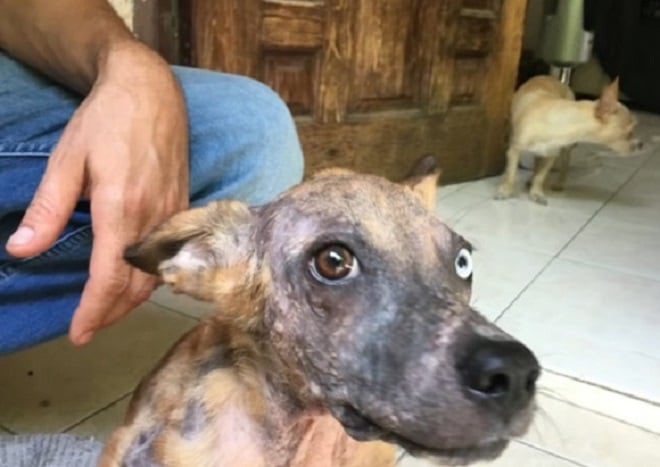 So the dog needed long-term treatment. It also needed special nutrition to gain weight and improve its immune system.

Two months later, the dog was unrecognizable! It gained weight up to 8 kilograms and was covered with shiny healthy fur! 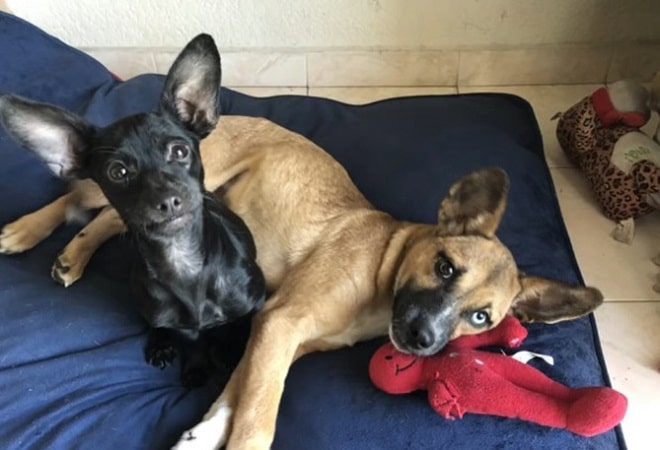 It remains only to find a good owner for this beauty and then everything will be even better for it!