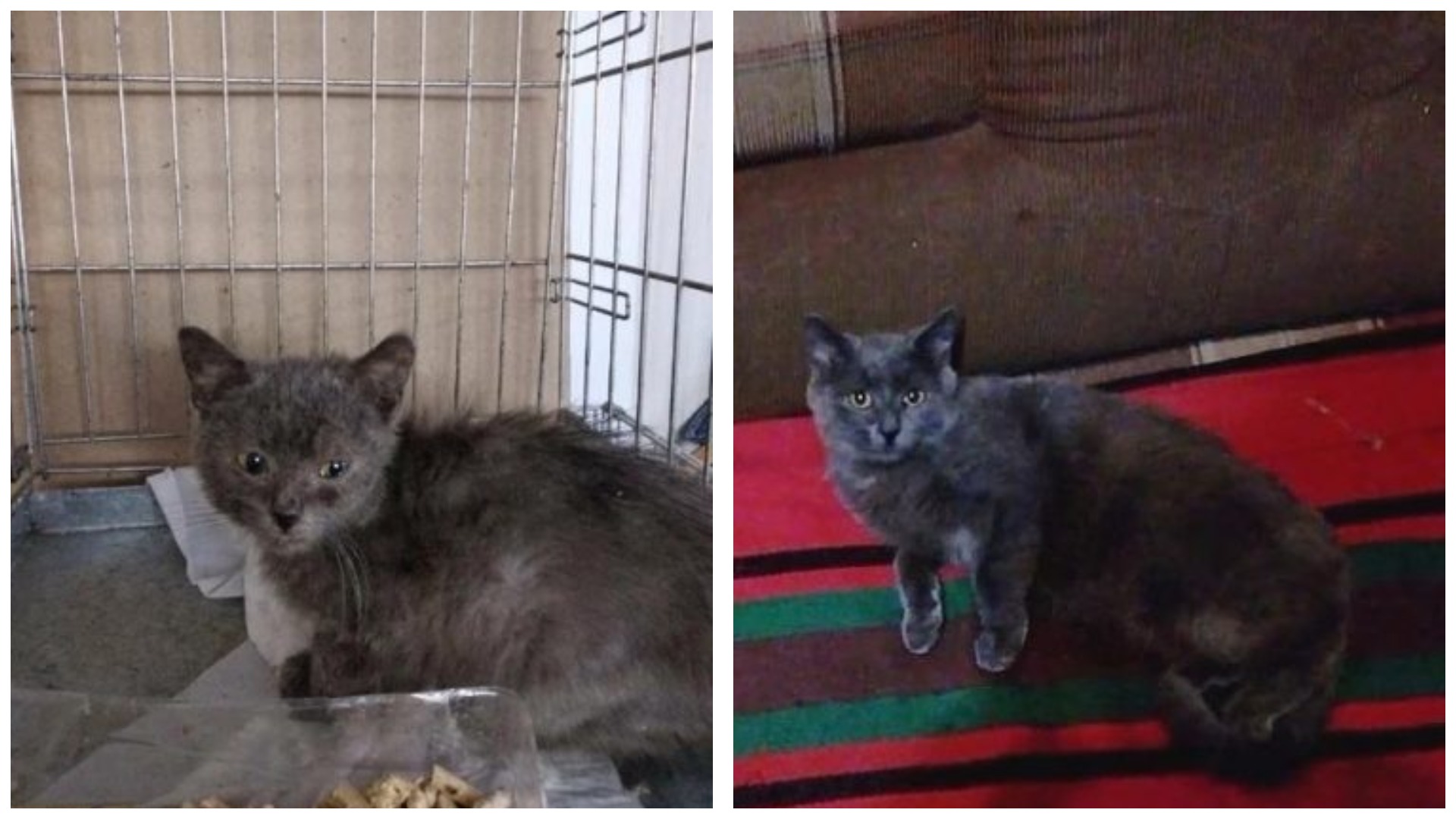 A volunteer discovered a small gray kitten at the end of November. She went out of the house to the store, and when she returned, she saw a kitten in the entrance, which looked no more than three months old. He sat and licked the floor. Why he did this is unclear: maybe he wanted to eat. Or maybe he was thirsty. The baby looked unhealthy. Such a baby, unhealthy and frail, could not survive on the street. The volunteer went to the vet clinic with him. 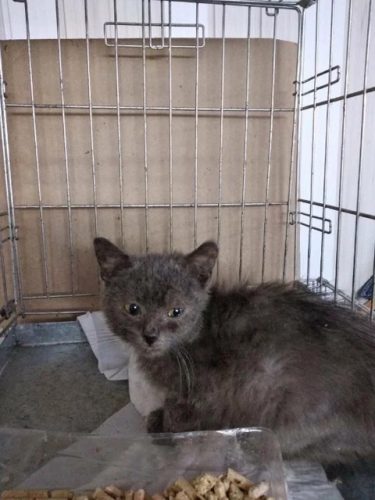 After all the procedures and examination, the veterinarian said that the kitten has lichen, fleas, a virus (calciverosis) and an ear mite. He’s also dehydrated and exhausted. The volunteer had his own cats at home. She was standing on the street and her tears were flowing, because she did not know how to deal with such a sick baby. It was lucky that another volunteer was able to negotiate with the hospital. So late in the evening, two volunteers and a kitten in a box hitched a ride and went to a small town located next to ours. After all, the hospital was located there. 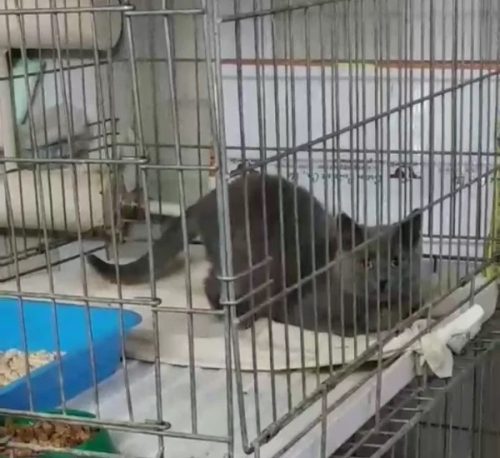 They named the cat Ricci. The hospital started treating him. The pet behaved well, treated all procedures with patience, did not try to bite or scratch anyone, and did not even hiss. However, after a while he began to be afraid of the veterinarian, even in the picture you can see how he is afraid of him.

Two months later, it was not possible to completely defeat the lichen. The doctor said it was because the cat has a weak body. The pet grew up, from a baby he turned into a teenage cat 5-6 months old. The volunteer began to worry that it would be more difficult to find a home for him, but Ricci was not ready for a new home. 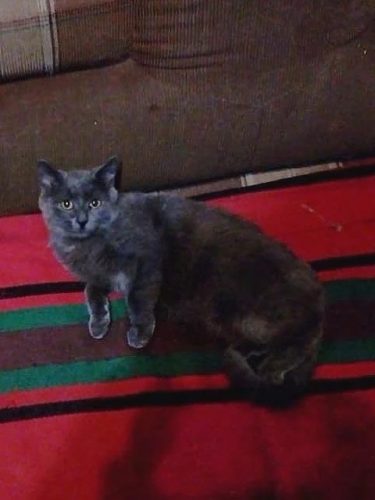 In the end, 4 months later, when the cat was fully recovered, there were kind people who took Ricci for themselves. Thus, the cat found a home and a loving family.