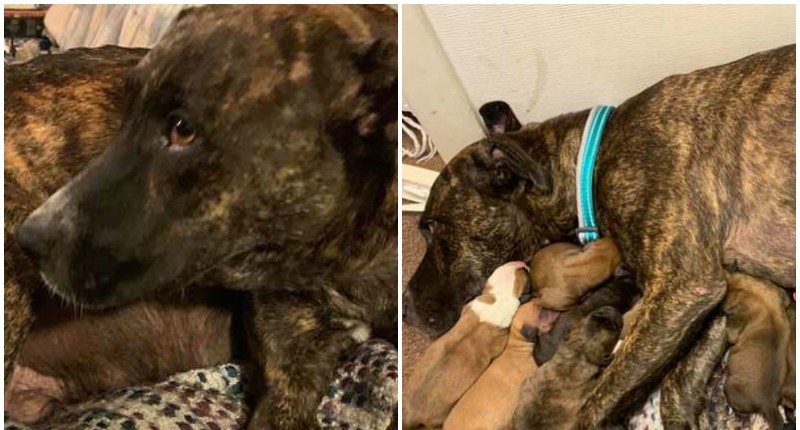 In the parking lot, in front of a grocery store, there was an unfortunate dog who was pregnant. She was very ill, and she openly asked for help, looking people in the eye.

The recent story with this pregnant dog was continued due to the fact that the animal was noticed by one of the customers. The woman immediately assessed her situation and realized that the dog was ill, she was about to start giving birth, so she would need help. Then she took the dog with her. 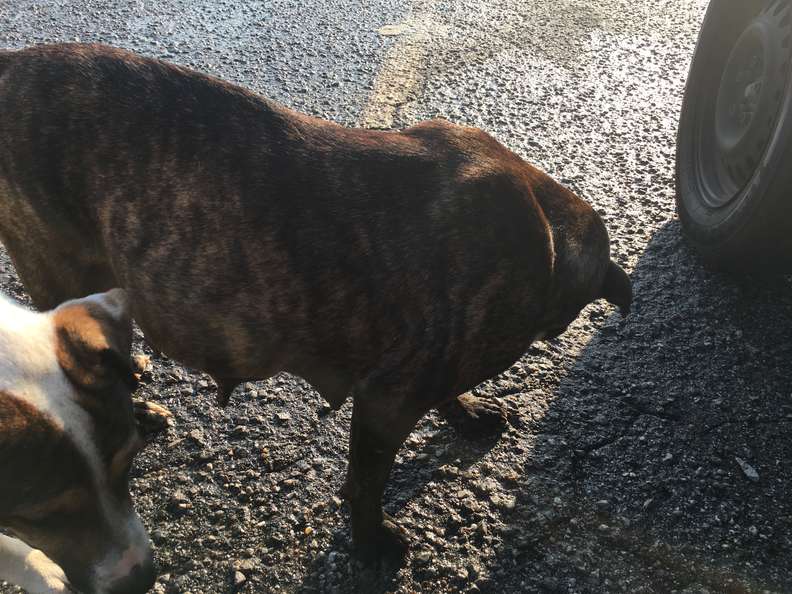 The dog spent a day at home, was fed and received shelter, and then visited the veterinarian for an examination. The condition of the dog did not cause any concerns, the doctor decided that she was quite capable of giving birth to healthy offspring. The only bad thing was that the animal was overcome by fleas.

Only two days have passed, and the long-awaited event has begun – a new pet was giving birth in her new home. She became the mother of an incredible number of puppies – fifteen. 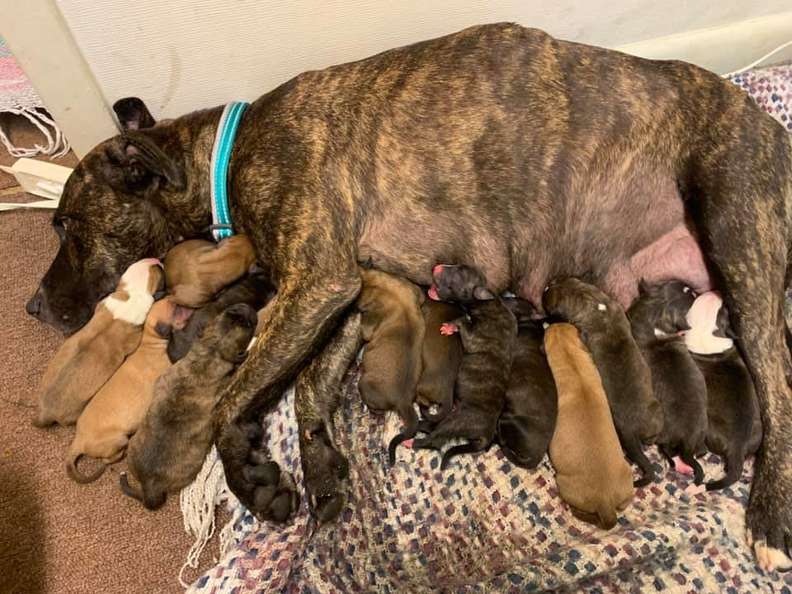 No one could have imagined that there would be so many puppies. Despite the long process, because there were a lot of kids, the young mother did a great job and produced absolutely healthy offspring. 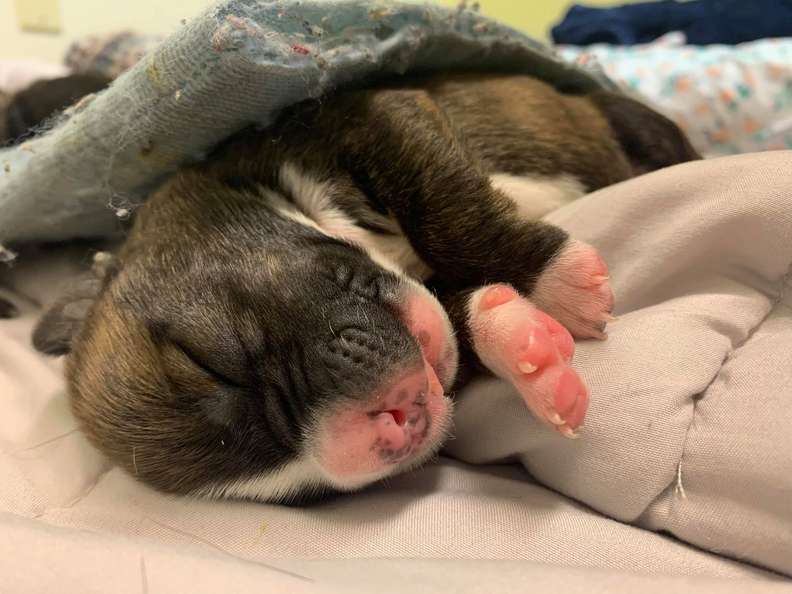 The dog fully trusted her new friends and mentors, was not afraid that they were approaching her puppies, and gratefully accepted all the help.

Now the whole large family lives together, but when the kids grow up, they will be looking for new good owners for them.