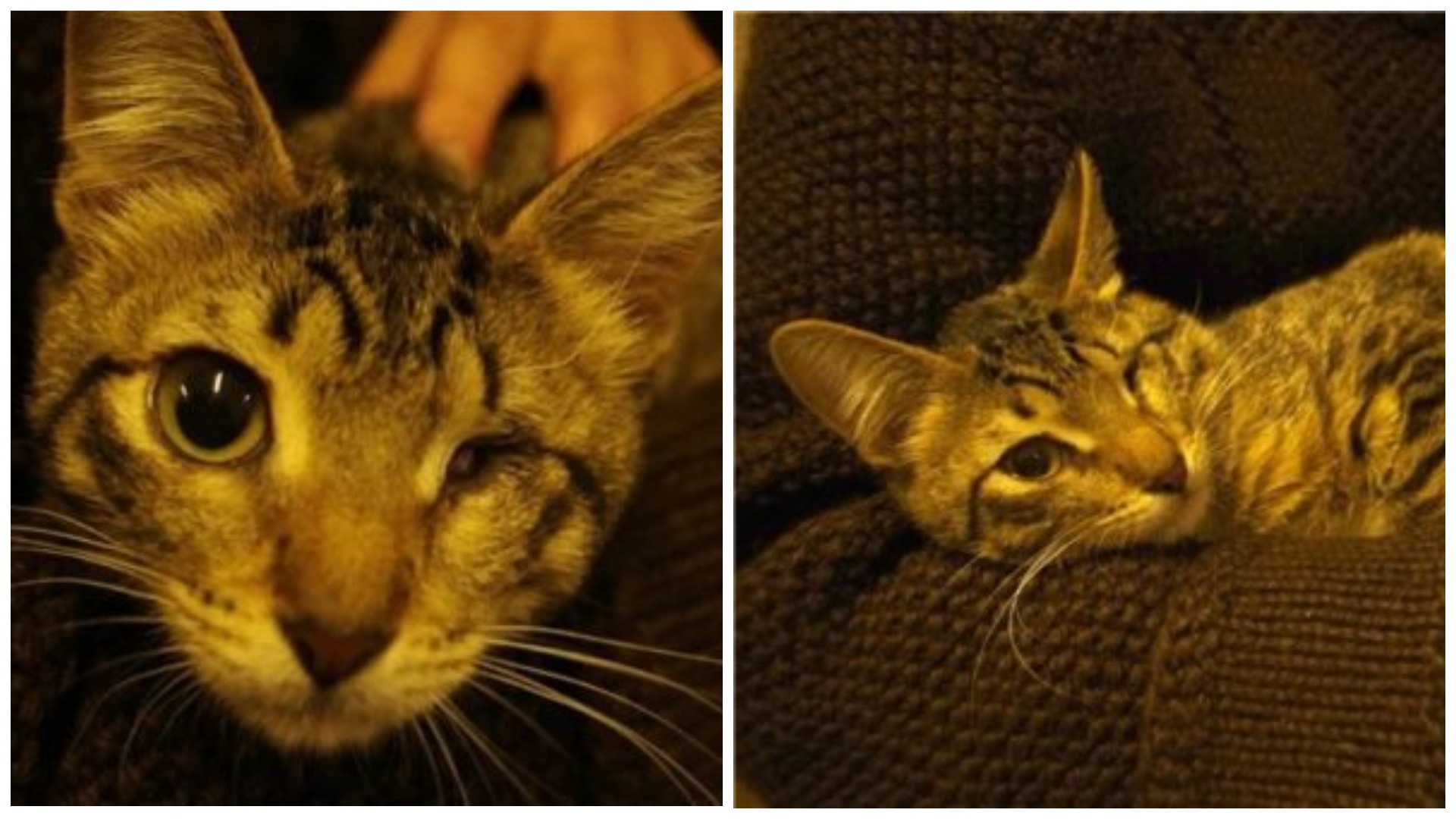 The events took place in gloomy autumn. It was rainy and gloomy weather. The cat was thrown into the chapel. He was so tiny, poor, the boy didn’t have one eye. In the chapel, people for the baby found a utility room, where he was settled. However, they warned that this would not last long. Within a week, it was necessary to find a place of temporary care for the cat. Of course, ideally, to find immediately loving owners.

Despite the betrayal of people, the nightmare experienced in life, the baby remained kind. He loved people very much and treated them warmly. 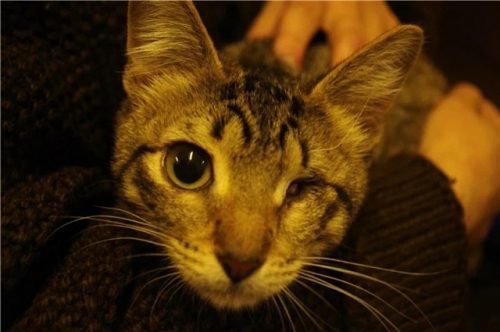 He remained affectionate and sweet, despite the betrayal. After all, because of the cruelty of people, the baby lost an eye. It was a beautiful kitten with kindness in the heart and bright energy. He wanted to be closer to people.

The kid was given the nickname Bars. This is still a very young cat, his age is only 5 months. 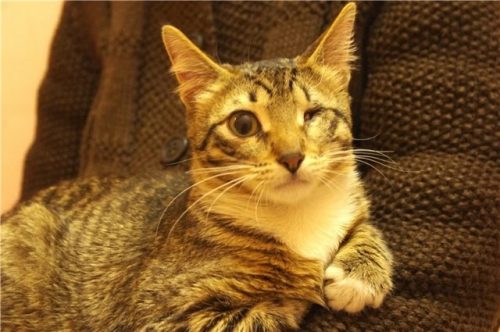 After 7 days, it was possible to find a place of temporary care for the kitten. Words cannot express how happy he was when he was in the house. The kid was overjoyed that he would now live with a human (he did not know that this was a temporary shelter).

When the time came, the cat underwent a castration procedure. Then the volunteers began to look for owners for him. 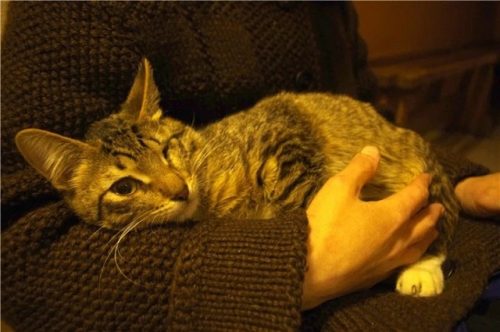 A few weeks later, some people expressed a desire to take the boy. When the new owner came for him, Bars was very happy. However, the good did not last long. A week later, the woman returned the cat to the shelter. He was again given to the place where he had previously lived. The kind woman decided that she did not want the kitten to suffer anymore. She left him in her house even though she already had a cat. So Bars found home and happiness.