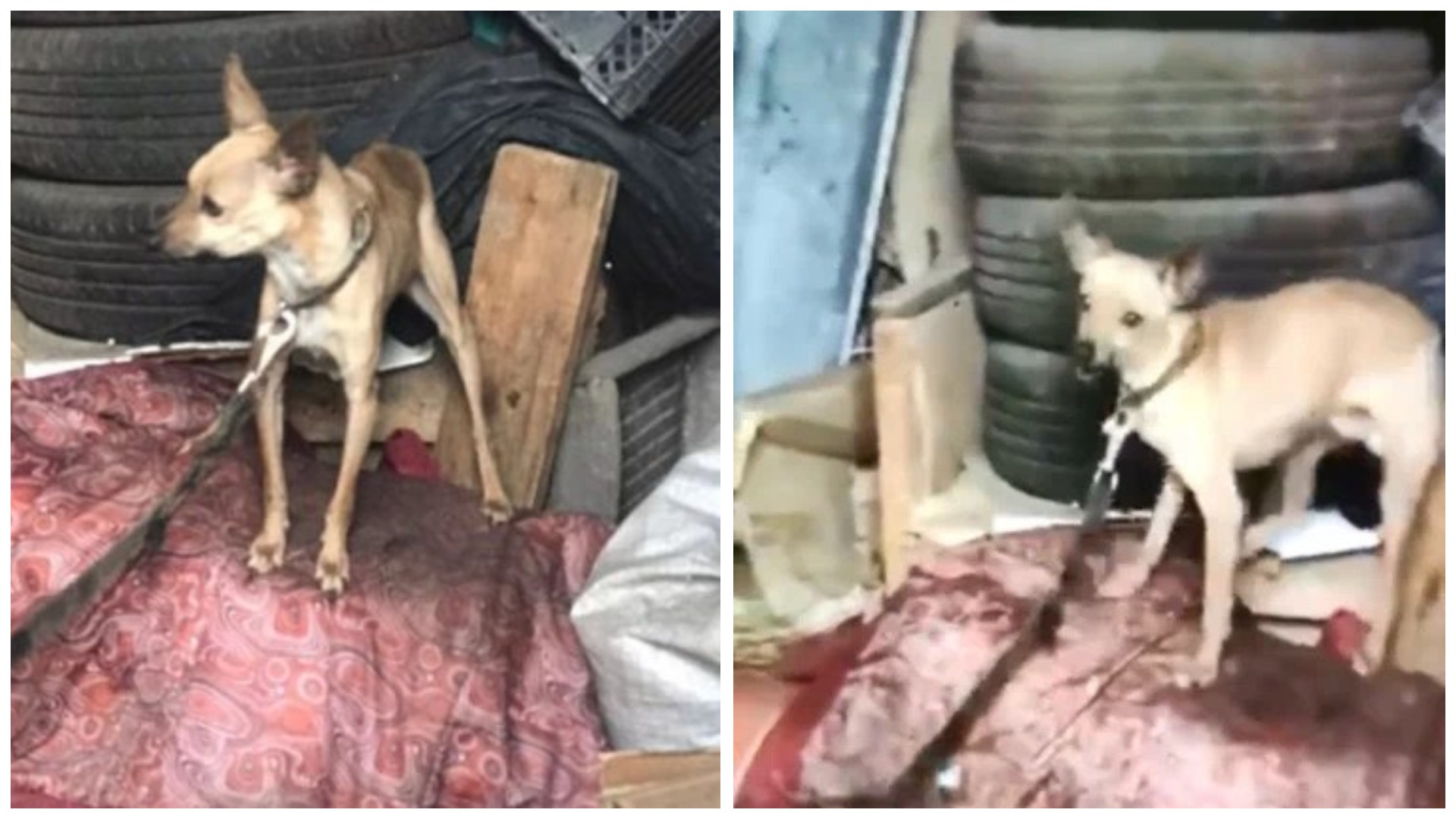 When a friend called me, there was a severe frost outside the window. She was in a panic when she told me that not far from her one family keeps a small dog on a leash. She really wanted to help the baby, who was very skinny, cried all day, and would not have survived in such conditions.

A friend, to confirm her words, sent me a video that stood before my eyes for a long time after. A tiny, bald dog sat on a chain and howled like a little wolf as if begging for help. It was shivering all over because it was very cold. There was no roof, there was no food nearby either. Near the baby, there are only some tires and a dirty rag that is frozen to the ground. 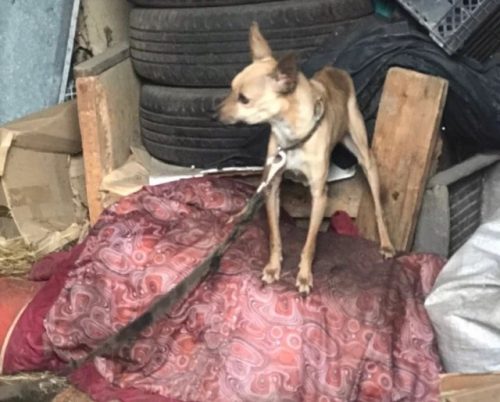 Later we found out that the unfortunate dog ate only one spoonful of instant noodles a day and another spoonful of pork fat. Once a married couple decided to take it to their children to « play », and when they had played enough, the unfortunate creature was put on a leash in the yard. 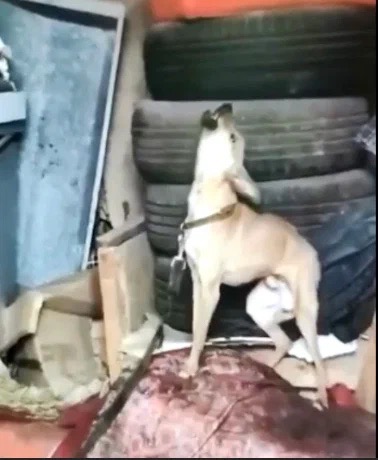 We agreed with Vika that she would try to persuade the owners to give the dog away since they did not need it.

But it wasn’t as easy as we thought! They said they wouldn’t give it away, because the children don’t want it!

So, everything turned out to be difficult there. It seems they don’t need it, but it’s a pity to give it to us. However, they feel sorry for the dog not as a living being, but rather as property. They seem to need it, but for what it is unknown. Can you just imagine how the doggie felt, living on one spoonful of noodles in the open-air?!? This breed freezes even when outside plus! After all, they have almost no wool. This is some kind of horror! In such a family, even a hamster does not belong, and there is nothing even to say about a dog. 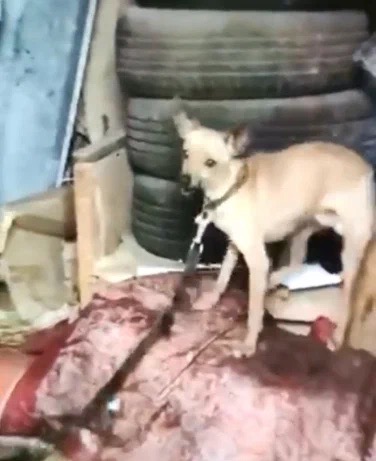 Then Vika and I decided to offer the owners to buy a dog from them. At first, they crumpled for the sake of decency and later said the amount they want for it. They estimated the poor doggy at five thousand rubles, and we were able to redeem it.

That day was probably the happiest for Syoma (that’s his name). 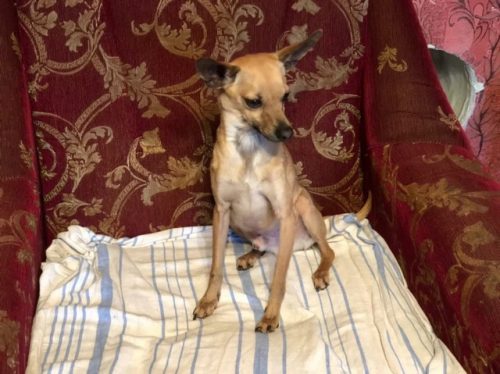 We agreed with Vika that she would take the baby to her for a while, and I would take care of his further fate. And now, a thin kid is sitting in a warm apartment on a soft sofa and does not believe that this is real. He did not even imagine that dogs could live in warmth and satiety. 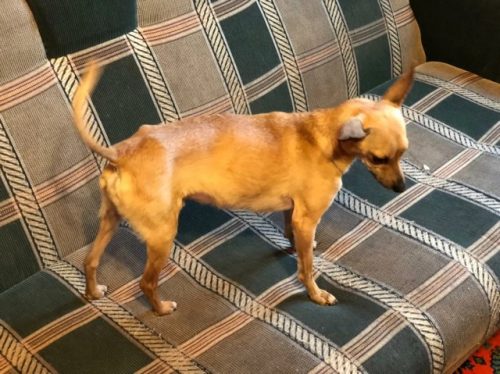 At first, everyone in Vika’s family was afraid to even take the dog in their arms, because he looked very fragile, so it seemed to everyone that any careless movement could cause him injury. He then weighed only two kilograms.

For the first time in his life, Syoma had toys that made him smile like a child. He collected them in one pile, afraid of losing them. How little the dog needed to be happy. 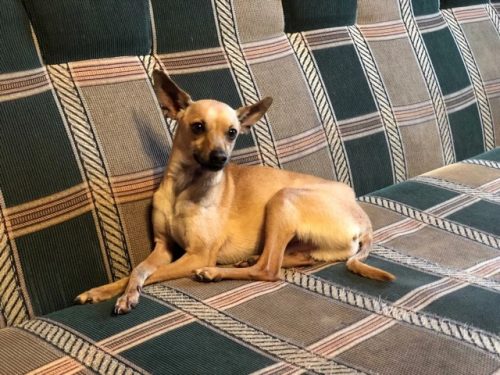 Gradually, the dog got used to the new house and its inhabitants. He even began to protect the kind people who sheltered him. Yet such a past on a chain left an indelible mark on his life.