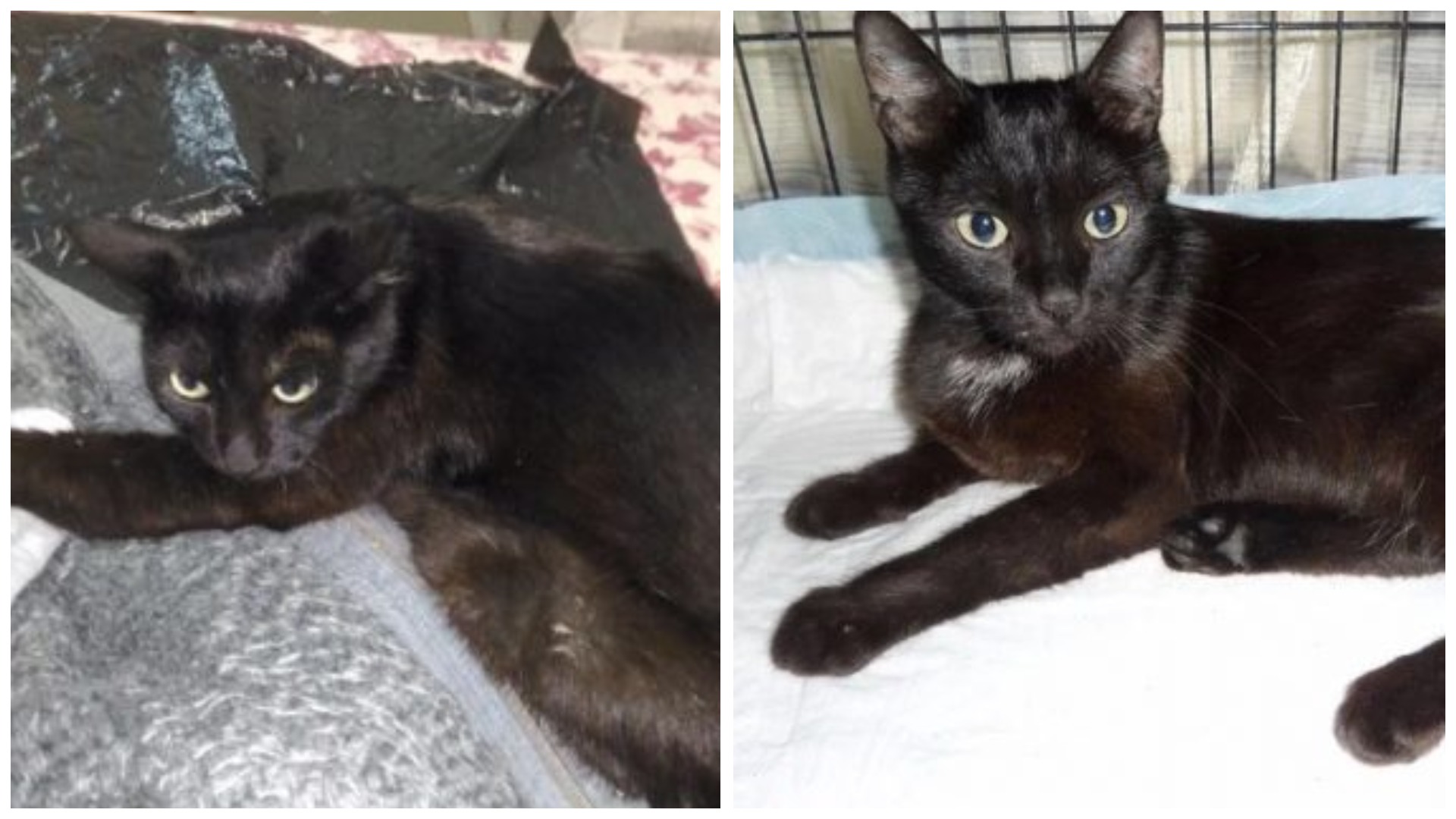 The volunteer was returning home in her car. When she drove into the yard, she saw a cat sitting in the middle of the road. It seemed that the pet could not move. When the girl tried to approach the cat, she hissed and tried to hide only with the help of her front paws. It became clear that the animal could not step on her hind legs. The cat was aggressive, she hissed and rushed. It was obvious that she was under a lot of stress. The first thing the volunteer thought was that kitty got under the wheels of a car.

An X-ray was taken at the veterinary clinic. The vet confirmed what we assumed – the cat was hit by a car. The doctor said that only the pelvis was affected, that is, it somehow got under the wheels. Injections and ivs were prescribed. 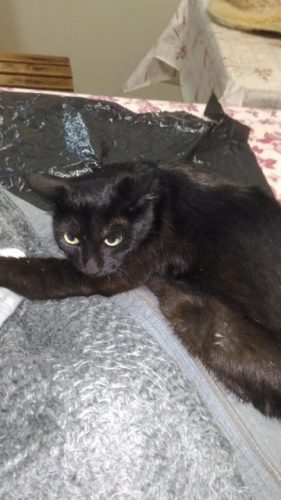 Since there is no hospital in this clinic, and we could not find a place of temporary care, we left the cat in a warm uninhabited room. When the volunteer came to get injections in the morning, she was again confronted with the aggressive behavior of the pet, the cat even bit her hand. But she managed to give her injections. We realized that the kitty is not afraid of injections, she is afraid of people.

Treatment in a room where no one lives was no good, so we sent the ward to the hospital. There she underwent a full course of treatment, after which a new X-ray was done. It turned out that the operation was not necessary. Everything fused itself. Only one caveat – the kitty will limp for the rest of her life. 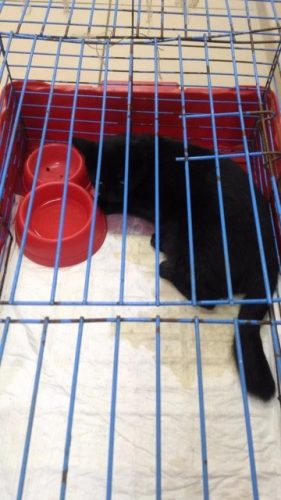 After being released from the hospital, the cat went to a temporary care facility. She was taken home by a volunteer. For the first time, Shady, as we called her, was aggressive towards her guardian, and she was aggressive towards other pets in the apartment. But patience, care, and love did their job. After a week, the cat started to learn in a new place.

After a while, Shady stopped being an angry, hissing cat and became a purring kitty. She finally felt calm and relaxed, no longer afraid of the people she lived with. 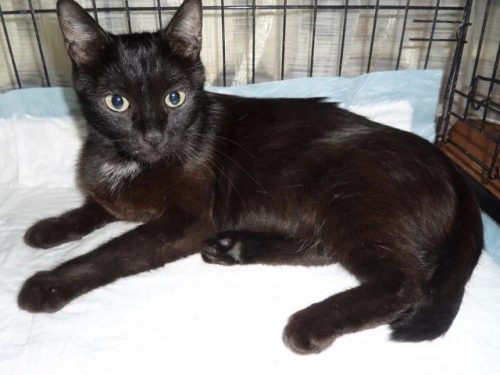 For the first month and a half, the kitty sat in a cage. After she began to ask to leave, she began to be released for a short time. And a little later, the cage was no longer needed at all.

Three months later, Shady’s temporary guardian decided to keep her for good. She became the fifth cat in the house.