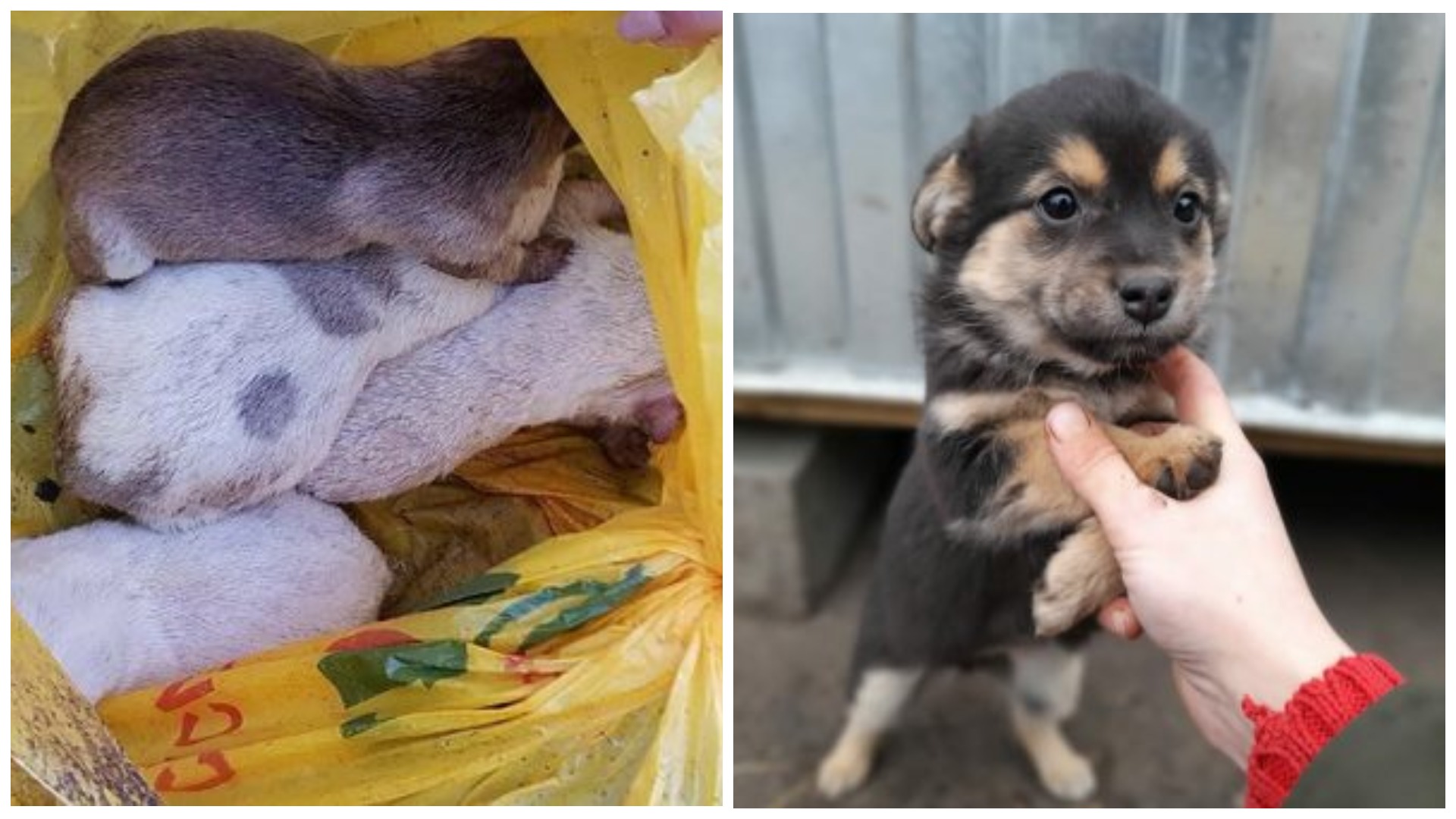 People who throw away animals as an unnecessary thing usually like to say that they did not throw anyone away, and dogs themselves come from the forest and are born there. And this story is another example of how they are born in the forest. 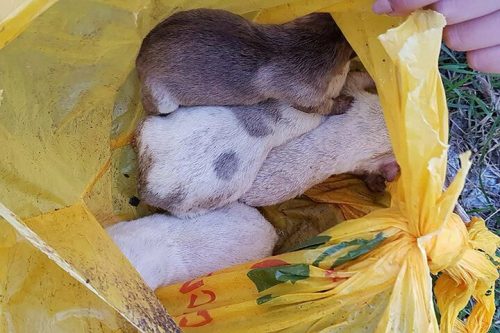 One of my friends recently decided to go to another city to visit her ward and quickly ran into the trailer for employees to say hello. At that moment, the door opened and Director Svetlana appeared on the threshold, and she had a package in her hands, while Sveta looked very confused:

«Does this by any chance belong to you?» she asked Irina.

The girl did not understand anything and answered:

«No, it’s not mine. Mine is here,» Ira pointed to her bag of dog food.

At the same second, Sveta opens the package, and two tiny puppies are lying in an embrace. They looked at the girl with their beady eyes and shook.

«That’s the kind of gift someone left for us right under the doors of my office.»

It became quiet in the trailer. 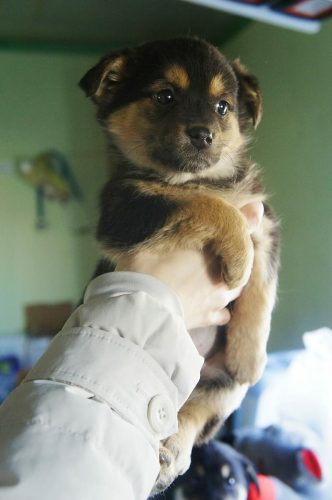 » Come out kids. You’ll stay here for now.» Sveta said and put the puppies by the heater. 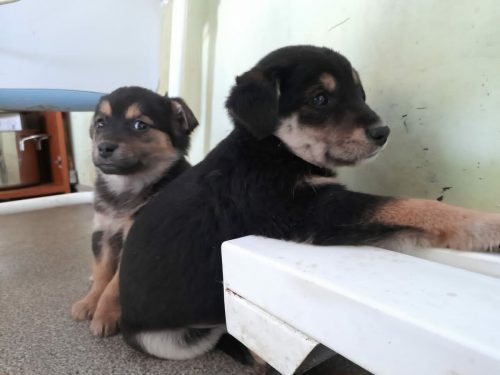 The puppies had a look that was not at all childish, sadness and wisdom were read in them. The kids behaved very modestly and quietly, only quietly grunted when someone picked them up. They turned out to be very affectionate, the puppies seemed to be looking for their mother in every person, they clung to their legs and froze with joy when they were patted 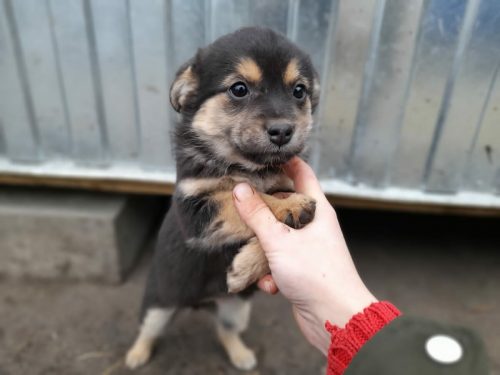 How could these puppies just be stuffed into a bag and taken to the trapping for homeless animals? After all, other similar organizations would not babysit these babies. Not everyone treats animals the same way as Sveta. Or maybe they knew where they were carrying the cubs? 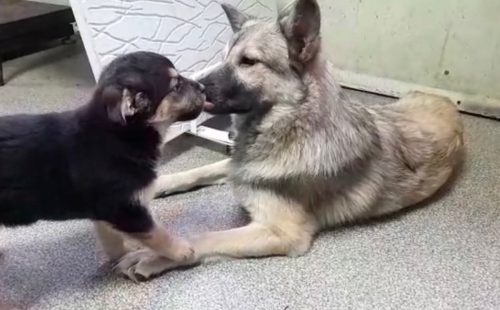 Now the puppies are still living with us, but we hope to find a new home and a loving family for them soon.