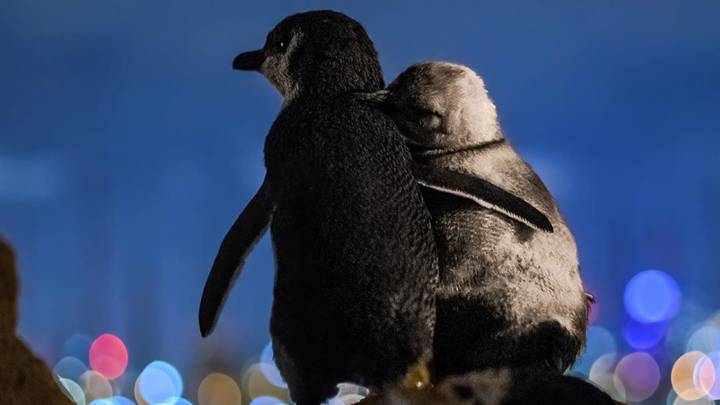 A few perfectly charming pictures of two penguins finding comfort in each other beneath the Melbourne horizon cause Internet madness. Wildlife photographer Tobias Baumgertner witnessed this tender moment and managed to capture the touching scenes on camera. And I have to admit, I haven’t seen anything so pretty in a long time.

The viral photos show two widowed penguins comforting each other after they both lost their partners, as the photographer explained. At the perfect moment, Tobias photographed two little creatures sharing a moment of affection under Melbourne’s « dancing lights ». Even the beautiful moment he captured on camera almost a year ago, his photos went viral a few days ago, after the tweet. « In such times, truly lucky are those who can be with the person/people they love the most, » the photographer wrote. « I captured this moment about a year ago. These two fairy-tale penguins, standing on a cliff overlooking the Melbourne horizon, stood there for hours watching the sparkling lights of the horizon and the ocean. »

Tobias Baumgaertner, who spend a few days with the penguins’ colony in a suburb of St Kilda, Melbourne, for a wildlife project, said he found out about these two penguins’ stories from a volunteer. “A volunteer approached me and told me that the white one was an elderly lady who had lost her partner and so did the younger male to the left,” the photographer said. “Since then they meet regularly comforting each other and standing together for hours watching the dancing lights of the nearby city.

“The way that these two lovebirds were caring for one another stood out from the entire colony. While all the other penguins were sleeping or running around, those two seemed to just stand there and enjoy every second they had together, holding each other in their flippers and talking about penguin stuff,” Tobias wrote on Instagram. 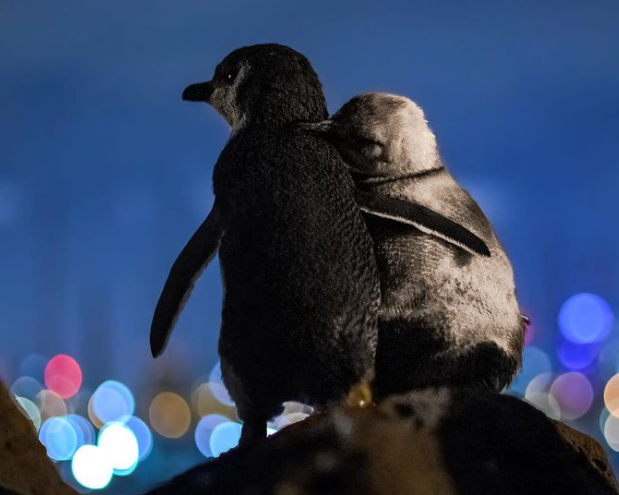 Even its cuteness is undeniable, this isn’t the first time two penguins are taking the internet by storm with their romanticism. A couple of years ago a penguin couple won everyone’s heart after footage show them holding their flippers while walking along the beach. Watch the tender moment here: