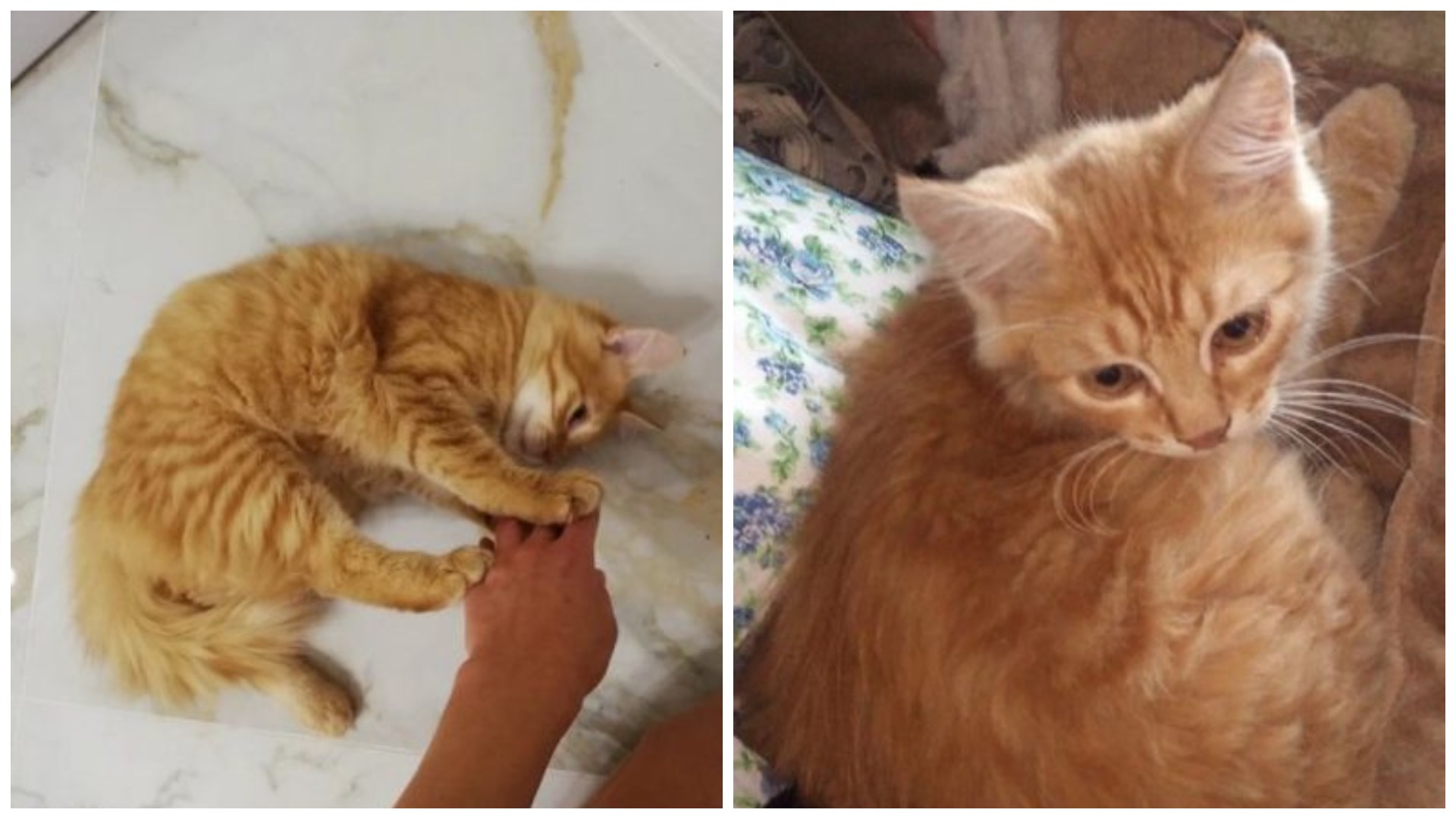 It’s better not to surf the Internet, because there are too many sad posts about homeless animals that no one needs and freeze on the street. Of course, most of all I’m sorry for the little ones, kittens, and puppies. One of them could also be living on the street now. I found it in the summer in the city center. 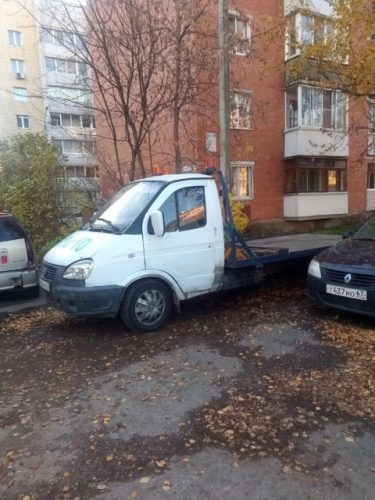 This is the second time I’ve seen him sleeping on a tow truck. The mother cat was no longer around. Before that, I saw the two of them running down the road. I think everyone understands how this can end in the city.

I picked him up in my arms, and he didn’t mind at all, and I carried him to my house right in my arms. People were looking at me, someone asked if it was a boy or a girl. It’s strange, but no one was interested in him before. 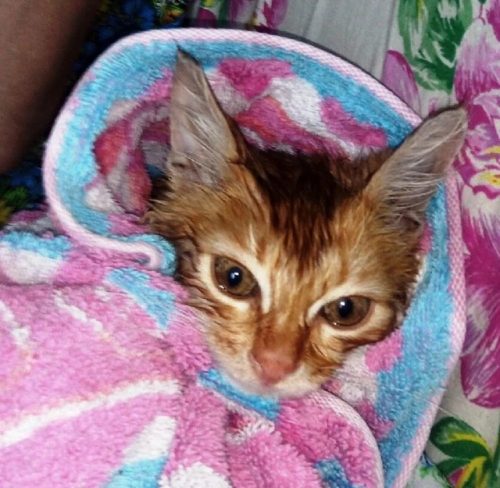 I bathed him at home, gave him a remedy for fleas and worms. He quickly got used to other animals, after a week he played with all of them. 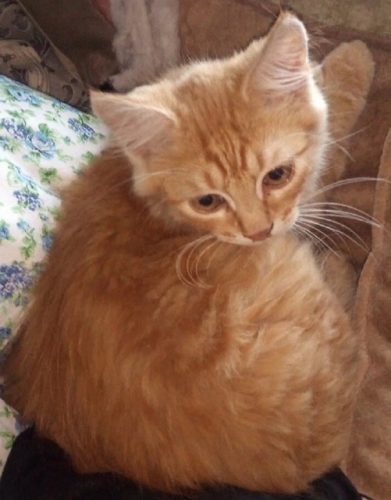 I started looking for a house. A woman came to watch with a very serious approach to the establishment of a pet. Three days later, she picked him up. She seemed reliable and responsible to me, so I gave the baby to her. For a whole week, I was pleased with the cool pictures taken in her beautiful apartment with the same cute cat. However, the joy quickly ended. 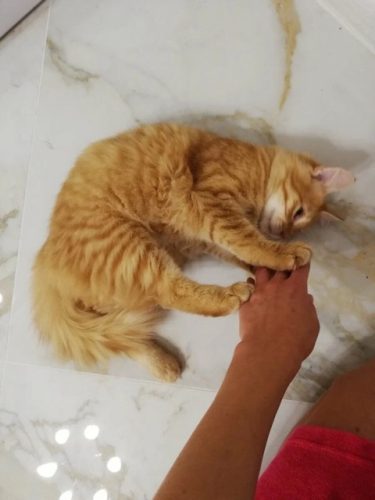 The owner had a swollen face, a stuffy nose. The allergy started. The tests showed that she was allergic to cat hair. She want to keep the baby, I didn’t want to take him away, because he didn’t do anything wrong, slept in bed with her, waited from work, stole sausage, played and it was all over. 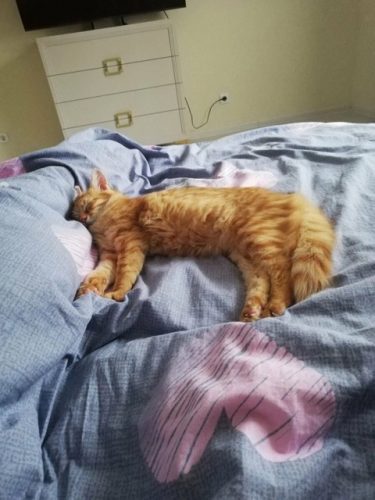 But the cat was very lucky, immediately other people were friends of my friends. They took the kitten directly from the former owner. Ginger was given away with all the things that the former owner had managed to buy, and with tears in her eyes. 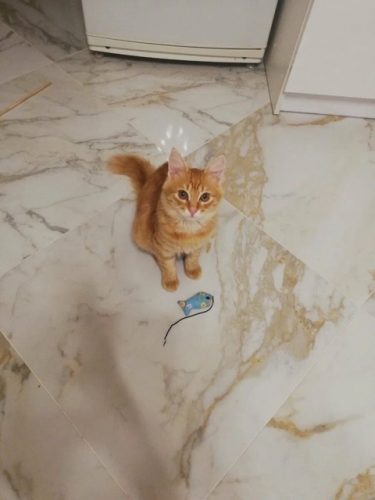 Now they send me photos from the new house. 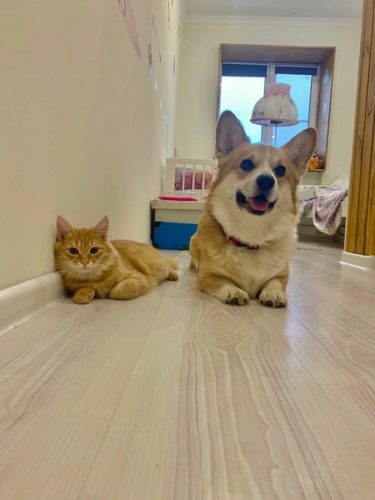 The kitten was named Yasha. He lives in a family with two children and a dog. 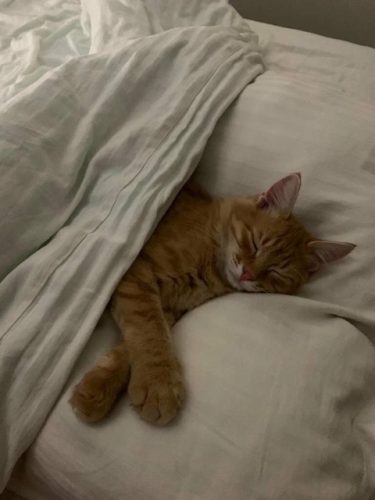 Surprisingly, the cat quickly got used to the new house, found a new bed for himself – the master’s.