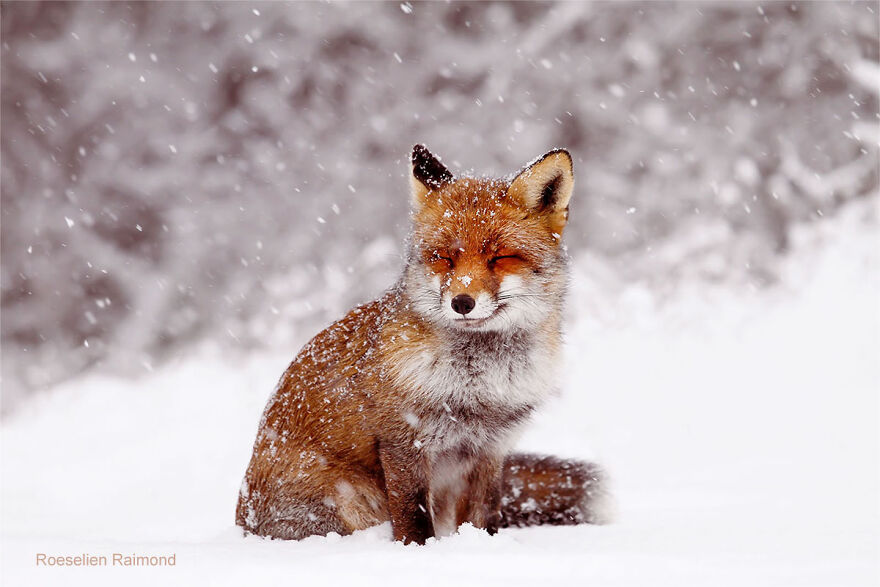 In a series of some truly heartwarming photos, a Dutch photographer captured a red fox making the best out of the cold European winter. For over a decade, Roeselien Raimond fell madly in love with these majestic creatures, and so did the wildlife enthusiasts with her work of art. With Northern Europe facing some extreme temperatures and heavy snow, Roeselien knew this might be a fine opportunity for her to grab some charming snaps with the wild creatures she’s been so fond of – the European red fox. Her experience and intuition eventually paid off in a way, not even she would expect.

“It has been years since I had the chance to photograph foxes in a blizzard,” said the talented photographer. “Foxes have fascinated me for as long as I can remember. No matter how cold it gets, how heavy the snow falls, they just sit, smile, and just pride undergo their fate, waiting for the warmth and sun to come by…” She had traveled for several hours, until she arrived in a wooded area where the winter had taken over, hoping for a fox to show up. In the end, she wasn’t disappointed.

“I knew this would be a risky venture. I had no idea if I would ever arrive and I’d rather not think about ever coming home,” Roeselien explained for Bored Panda. “I held my breath and dared not move, and strangely she sat quietly as the snow fell on her. She just took the snowstorm completely calmly. She even seemed to enjoy that new white world, as I did!” Currently, there is a very bad perception of foxes all over Europe, and that’s something Roeselien wants to change with her work! 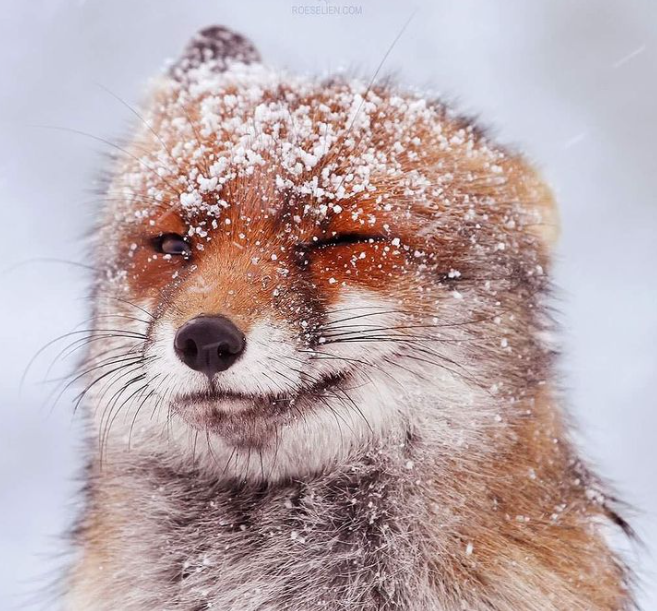 “I’d like to show the world foxes as seen through my eyes, not as they’re seen now,” she said. “Because they were hunted almost everywhere in the world, they have become afraid of humans, and [they] were forced to be nocturnal, just to avoid us, people.” “I rarely find myself in the right place at the right time and I end up in a beautiful winter fairy tale with one happy fox that, even today, is still able to make me — and hopefully others — smile,” Roeselien says. “And it is nice to know that magic can happen. Also, or just at the moment you no longer expect it.”