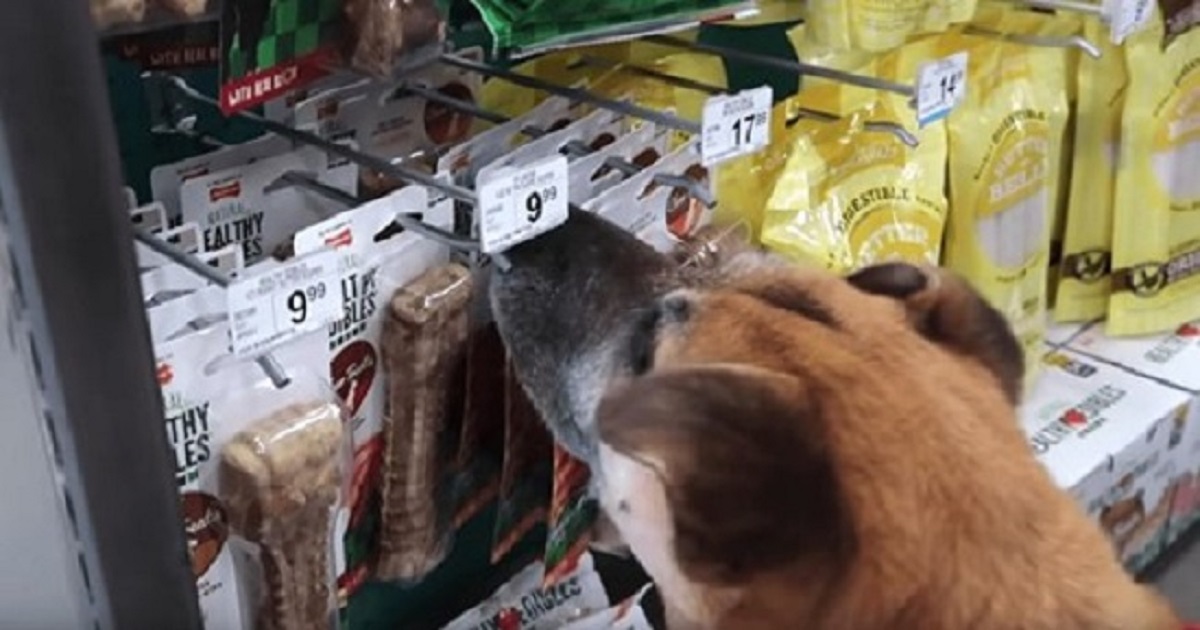 That’s a lot of toys for such a good boy! King is a 12-year-old dog who’s had a rougher life than most dogs — he has spent most of it living on the streets.

After being struck by a car, King lost one of his front legs. He was given the surgery he needed, and then a rescue group called Marley’s Mutts swooped in to help find the senior sweetie a forever home.

They knew they were going into it with the cards stacked against them. King was not only a senior dog but one that was missing a leg.

On Rocky’s show, shelter dogs are taken out of the shelter for the day and showered with gifts and affection. Rocky loves treating these special animals, and fans of his show are inspired by what he’s able to do.

The animal’s Rocky features on his shows are given a huge audience, and that often leads to a happy ending for the shelter animals: adoption!

Whatever King touched would become his. In fact, the only item Rocky told the cameras was off-limits was a hamster! (And thank goodness.)

King had a fantastic time. The first thing he touched was a giant bag of dog food — so he’s certainly still got his sense of smell!

Once the chow was picked out, Rocky took him into the pet store’s toy section, where things got really fun!

King nosed out a Nerf gun, a toy rope, a dinosaur, a rawhide bone, and a giant ball, his tail wagging happily as he did. He also picked out a cat tree, which left Rocky surprised — but true to his word!

Best of all, once King’s shopping spree went public, someone contacted Rocky about adopting King. His life had been full of difficulties, but now, all of that was going to change! He’d be loved and kept safe and sound.

To celebrate, Rocky took King on another shopping spree!

Check out this second shopping spree in the clip below, and see King meet his new mom!