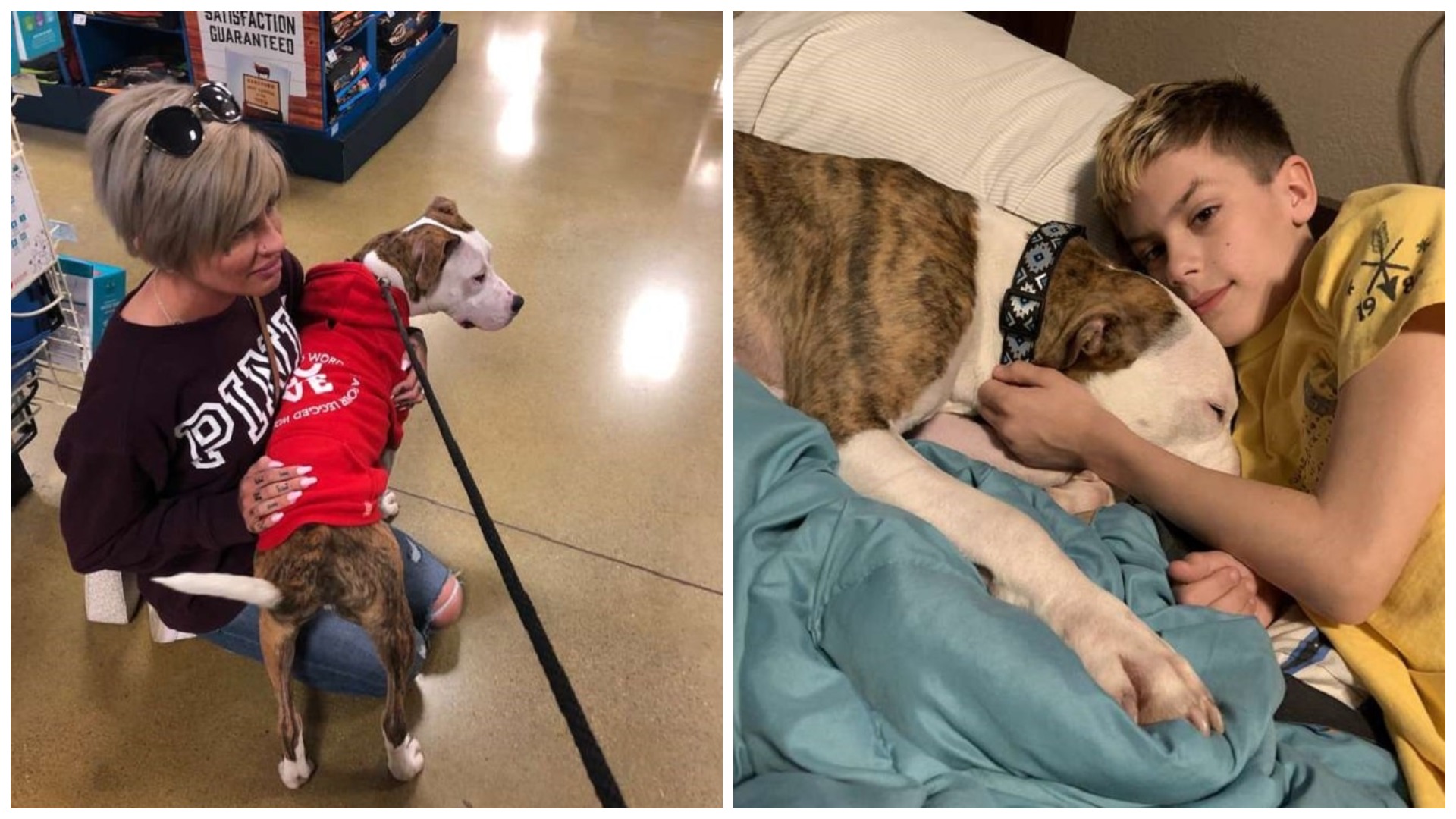 Jessica Banjof went into a pet store and accidentally saw a pit bull dog named Cupid. The woman was fascinated by the cute creature dressed in a sweater. She had an irresistible desire to pat this incredible animal on the head, and she began to look for its owner with her eyes to get approval. 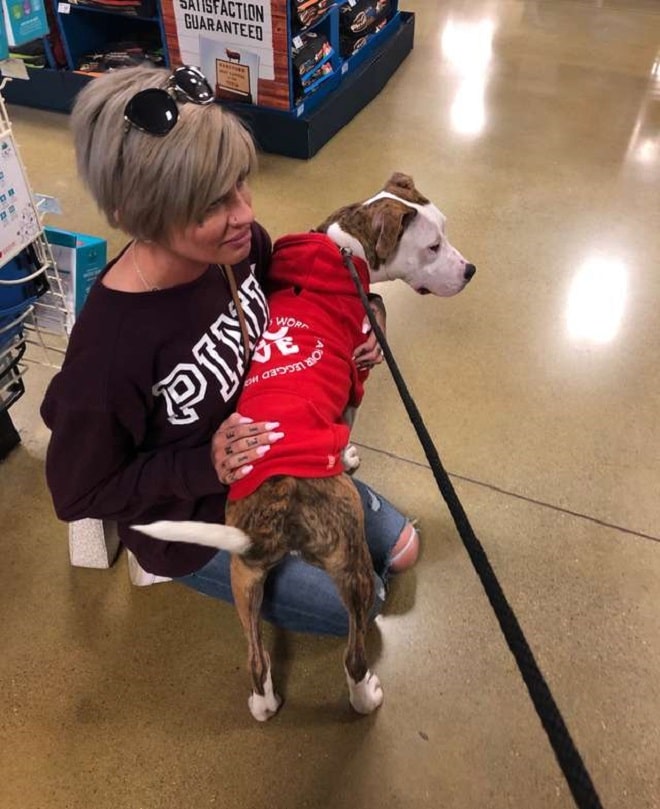 But, it turned out, the dog was nobody’s and was in the store, according to the Lucas County Canine Care and Control in Ohio program, which helped the animals from the shelter to find new owners.

Jessica liked the dog so much that she decided to tell her husband about it. She wrote him a message in which she told him that she saw the most friendly, friendly, and calm dog in the world.

She and her husband have long dreamed of having a four-legged friend, and after meeting Cupid, Jessica realized that she had found what she was looking for. 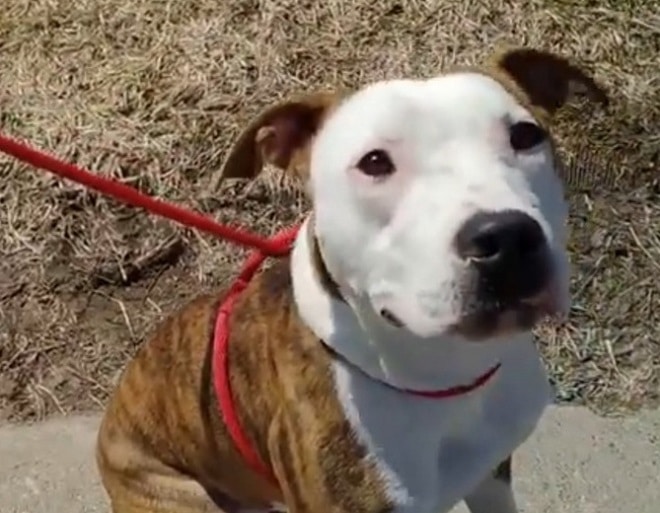 So Cupid became a new member of their family. The exciting events in their family did not end there. Jessica had a 10-year-old son, Gabel, and her current husband was going to adopt him to officially become his father.

Jessica said that before meeting her husband, she lived with her son together. It was very difficult for a single mother to raise her son alone. But when she met a real man, their life changed for the better. Her husband considers her son his child, like all his relatives. 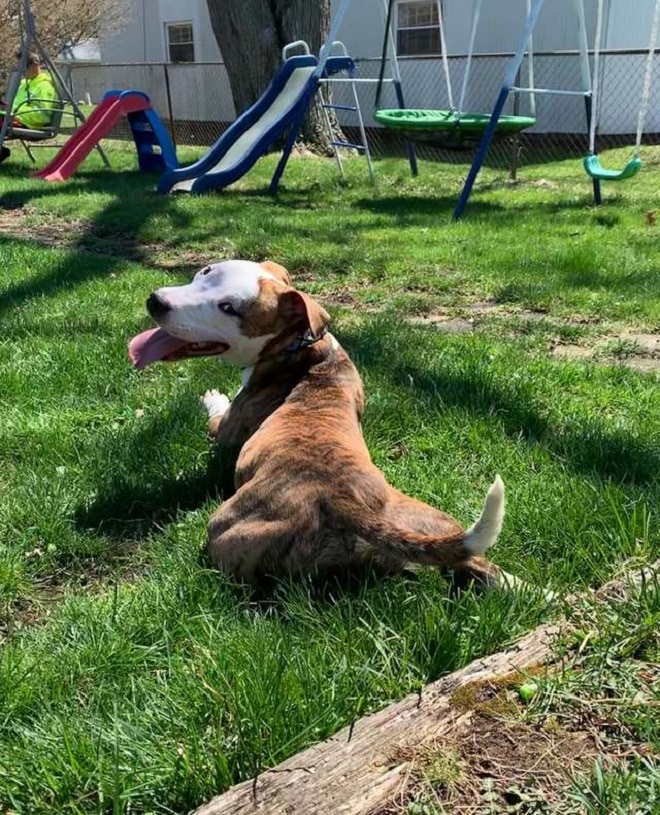 The family was looking forward to the court hearing, at which Gabel had to confirm that the man had replaced his father, and he wanted to bear his surname. The judge, according to his authority, began to ask the boy questions to find out what influenced his decision. Gabel said that this man has long been a full member of their family and next to him he feels care and love.

And when the family held the adoption certificate in their hands, they decided to celebrate such an important event in their lives. And in the end, mom asked Gabel to tell her what he most wanted at that moment, and the son asked him to take Cupid home. 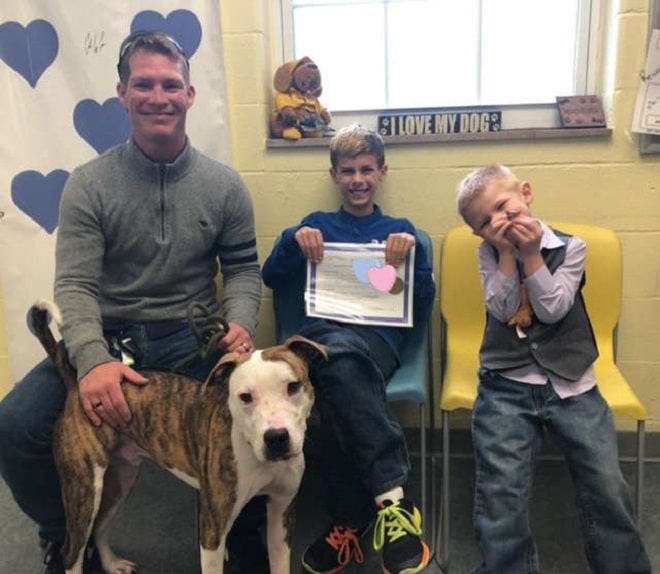 No one was against it. On the same day, they brought the dog home. Thus, two important events for this family happened in one day. All the family members were very happy.

Even though Cupid is still a puppy, he is already well-mannered enough, performs a lot of commands, and obeys the new owners in everything. The family claims that happiness came to their house with the dog. 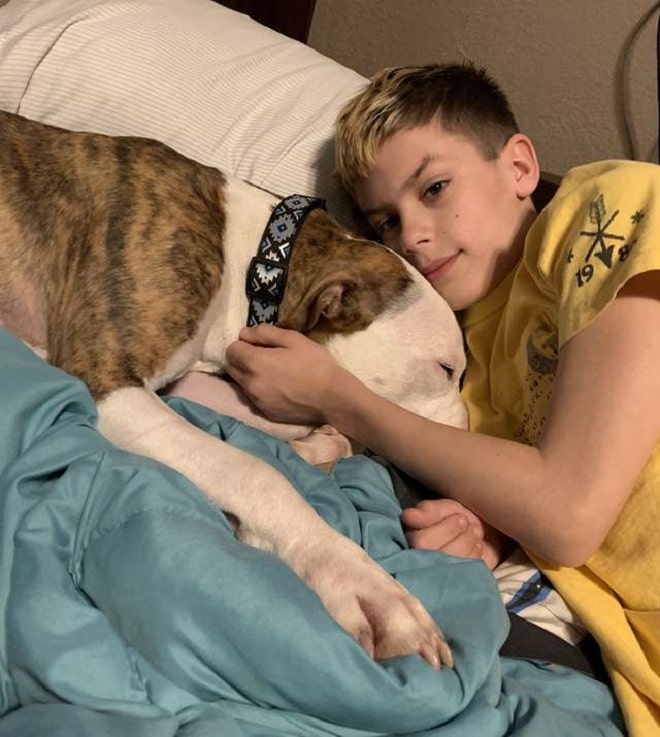