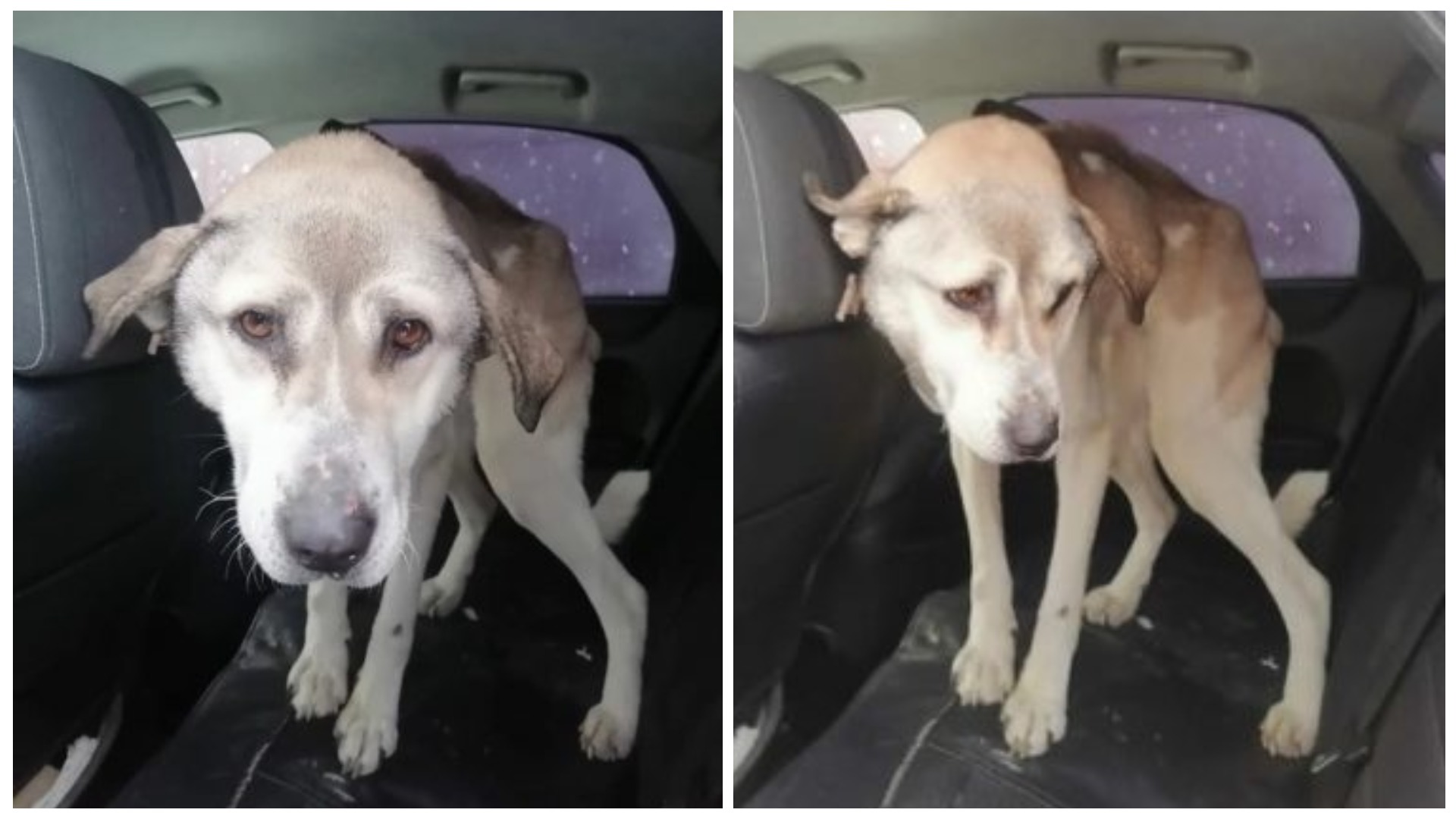 «Hello, we’ve had a dog hiding under a car for a week now. Very skinny, barely standing on its feet. Maybe you can give it some help? It just got into my car and doesn’t come out. The animal froze.»

«And what city are you from?» 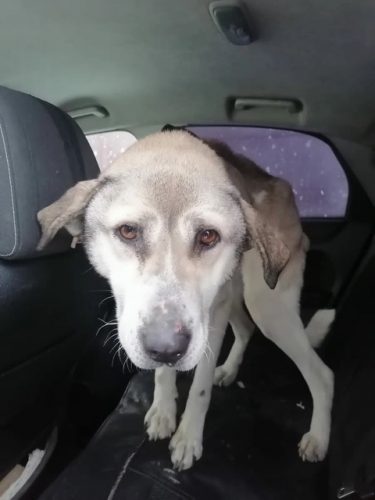 When I heard that it was about this city, I felt sick. We knew that there was just a «survival game» for dogs in severe frosts. Trapping does not work correctly, to put it mildly, traps are set in all places. In addition, people are not allowed to feed dogs there.

«Wait, I’ll try to arrange a dog for temporary care before a flight to Moscow. Just don’t chase the dog away. We will come and help it.»

«If you then definitely take the dog away, then you can not look for a place for temporary care, let him stay with me,» the man said. 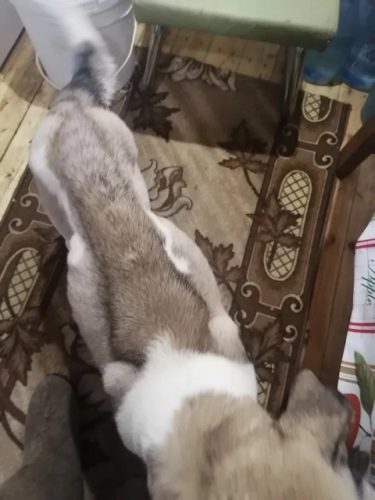 I think that’s it. It turns out that even in Yakutsk there are still kind, caring people. Only my joy didn’t last long.

When Gennady sent me a photo of the dog, my heart sank in my chest. The dog was exhausted to the limit. God, poor doggie. It’s hard to imagine how much pain and fear it went through. In this city, dogs are considered enemies. It was obvious that the dog had been starving for a long time. 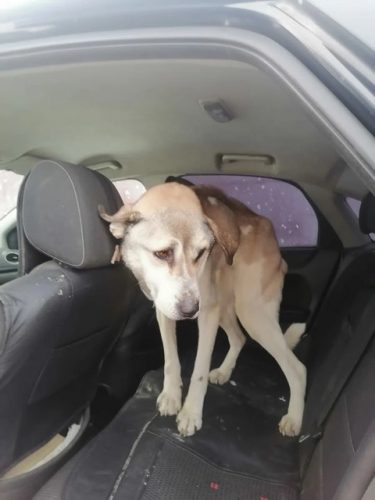 A few hours later, the man called again. He said that the household did not accept the dog. So he chained the animal in the yard. After these words, everything turned upside down inside me. After all, the dog can barely stand on its feet, and now it is forced to sit on a chain in a fifty-degree frost. It was clear from the video that the animal would not last long. Although man’s desire to help is worthy of respect, especially against the background of the events in Yakutsk. 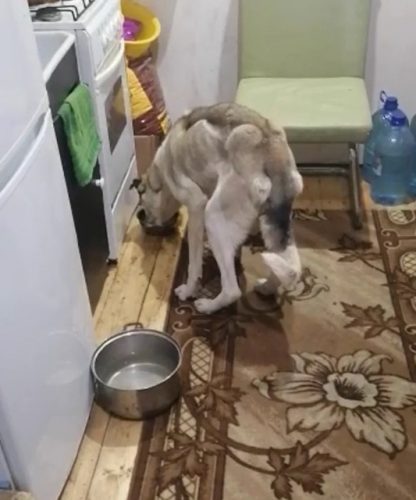 I immediately called our person who takes the animals for temporary care and asked to shelter the dog at home. I promised that we would pick up the animal soon. Unfortunately, this man no longer had a free place for the dog. Everything was occupied by other animals. Then he offered to take the dog to a veterinary hospital. Moreover, he needed the help of a specialist. Of course, we agreed to this option. 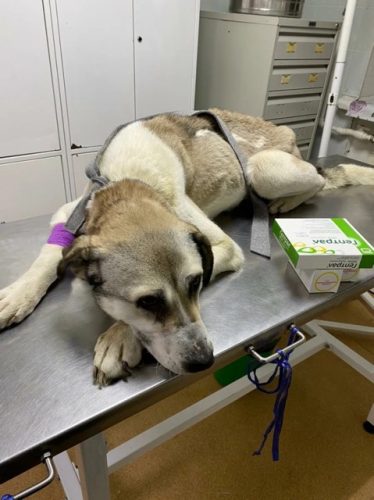 An animal in such a condition is not uncommon for Yakut veterinarians. Therefore, the dog did not cause surprise. The doctors prescribed a standard set of medications and provided the dog with a place in the inpatient department. I paid all the expenses. 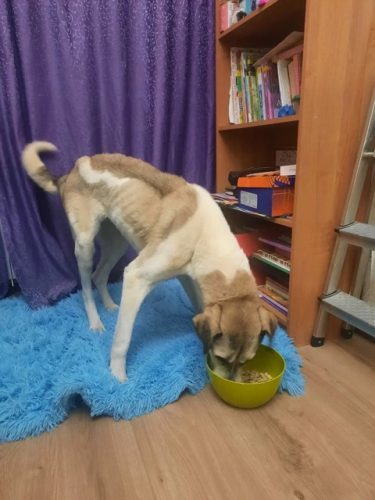 The man who helps us is called the dog Rada. He says that Rada is already feeling better. Only she whines piteously and cries when a man comes to visit her. This is not surprising. The poor dog has been through so much. Rada turned out to be a friendly and affectionate dog. It has an average size. She was very nervous and couldn’t understand what was going on. Fortunately, the call of a caring person decided the fate of the dog. Her life is safe now. It seems that Rada feels that she will be rescued soon, she behaves cheerfully and playfully.