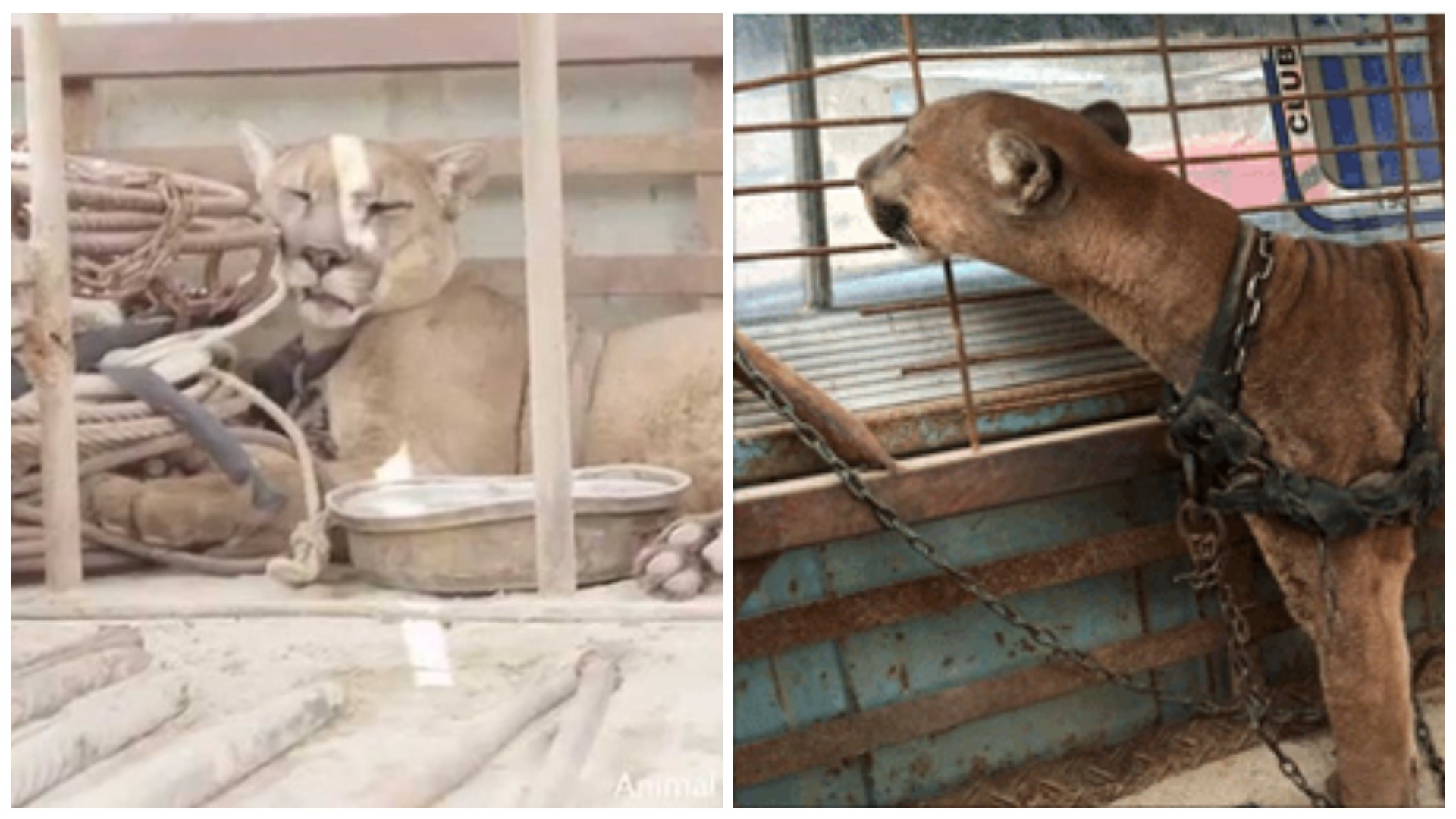 Wild animals should live in nature, not in the cramped back of a car. So the cougar named Mufasa was not lucky. For 20 years, a wild cat was kept chained in the back of a truck. All these long years, it had seen nothing but these few square meters. The cougar belonged to a local circus. 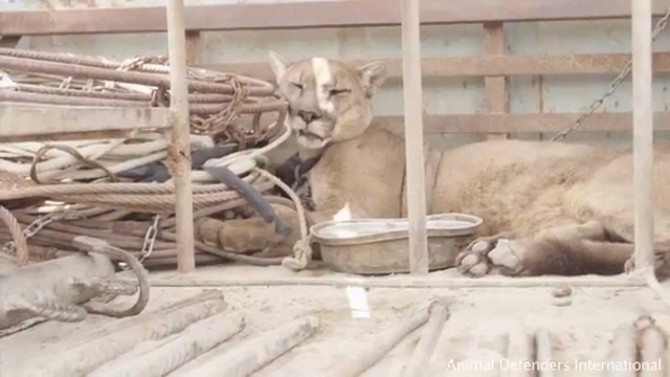 People like to look at wild animals. Therefore, they are caught and kept in cages. For the sake of profit and spectacular performance, wild animals are forced to suffer in captivity. Mufasa has spent its whole life on a chain. It moved from place to place and performed in front of people. It brought its owners an excellent income.

In return, the cougar received only a piece of meat and bread, so as not to die of exhaustion. In general, it’s amazing how it lasted so many years. 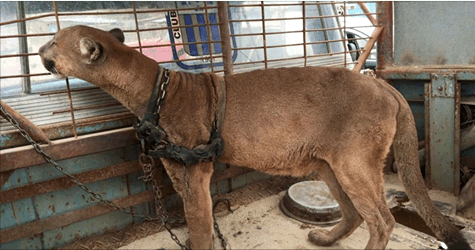 For several years, defenders of wild animals tried to take away the rights to own Mufasa from the circus. And they succeeded. Now the cougar was free.

But the cougar will no longer be able to survive on its own in the wild. Therefore, it was placed in a large cage, which was located in the forest. It was the only way to show it the natural way of living.

Unfortunately, the cougar lived in freedom for only a few months. It was old and sick. Life in the circus has left an indelible imprint on its health. 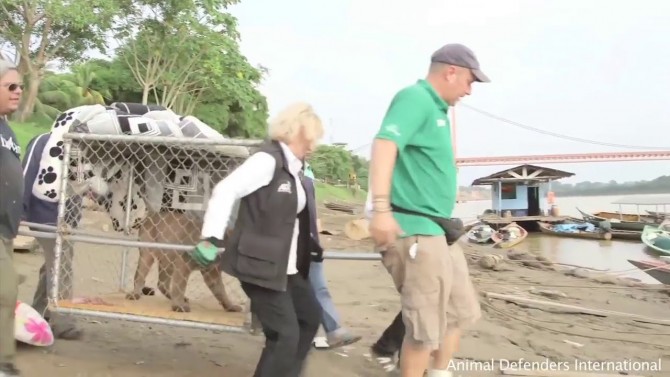 Is the short-term fun of people worth the lives of animals? Categorical, no.