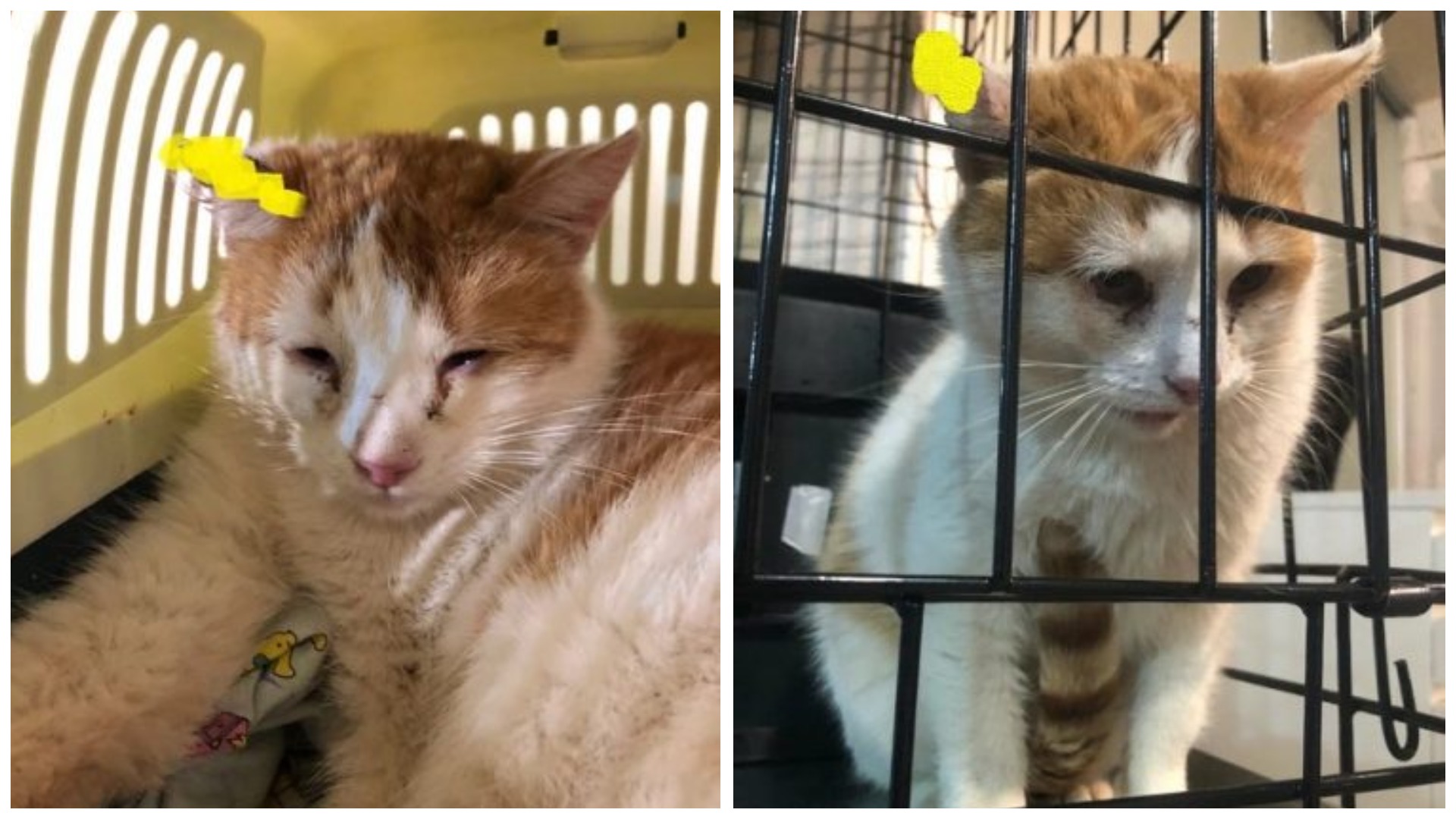 I am always very worried about those animals that are left alone when their owners die. Pets lose someone who loved them and took care of them, and they responded in kind. After living in warmth and satiety, once someone’s pets are left without a roof over their heads and food in a bowl. Often such animals cannot survive on the street. They do not understand that people can offend them, and other animals are also not friendly. 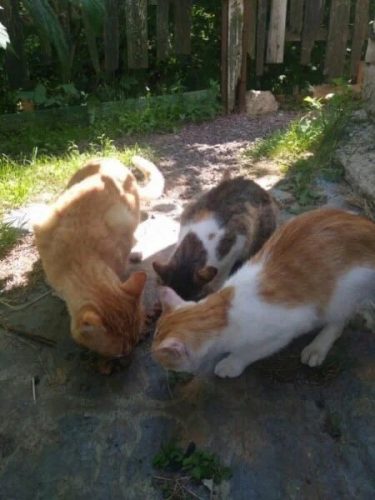 Three years ago, the owner died. No one needed the animals. They go from house to house and look in the windows to be allowed to warm up and to be fed. Some give them food. They also catch rodents that are in the garbage. 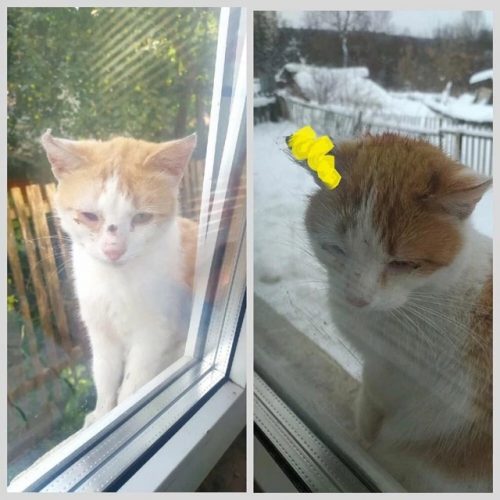 One cat out of three got sick. The eyes started to weep hard, and there was a wound on his ear. I used to have a cat with the same wound and it was cancer. I couldn’t save her then, I just took her from the owners who didn’t care about the poor girl, but it was too late to operate and treat. 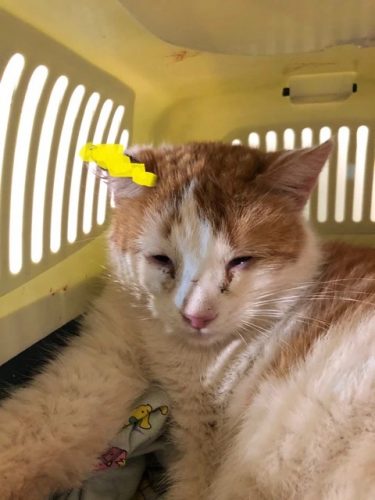 I decided to pick up this cat as soon as I saw the photo. Maybe it’s not too late this time.

The cat was brought to me by a woman who feeds the trinity when she is in her country house on weekends. She can’t take them to her. 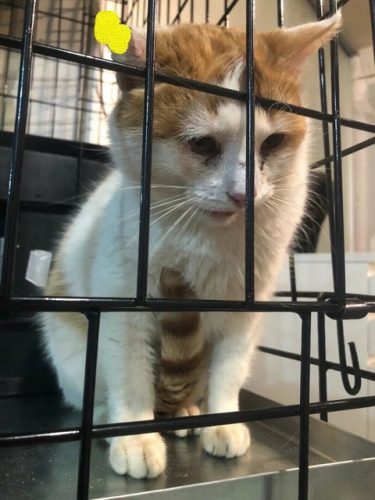 Ginger had a serious cold, which turned into pneumonia. At home, I immediately began to treat the poor cat. He was isolated from other animals — sitting in a separate cage. The cat is afraid of everything, especially the hands near him, probably he was constantly chased away from everywhere. 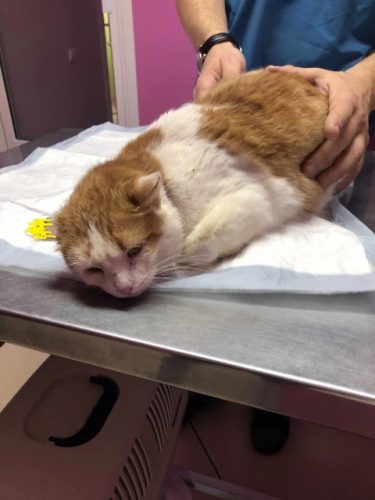 We recently visited the clinic for an examination. An X-ray was taken, which showed that pneumonia had not yet passed. We need to continue to treat. They also passed tests that showed that Ginger has kidney and heart problems. Now he needs to be given a lot of vitamins. 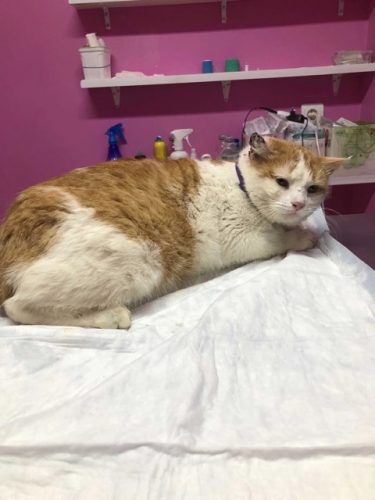 Ginger eats well, but because of problems with the gastrointestinal tract, the cat has a strong bloating and disorder. After street life, this is not surprising. 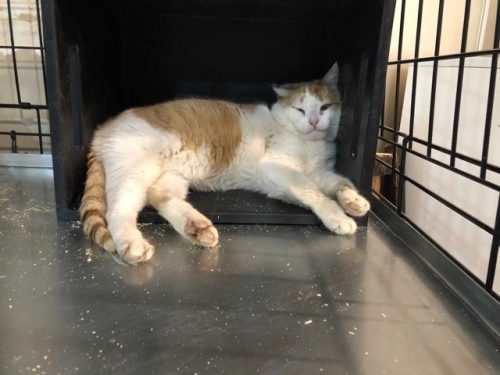 The wound on the ear needs to be removed, and the tests should be sent to histology to find out what kind of tumor we are dealing with. I hope it’s not oncology after all. It is not possible to operate yet because of inflammation. The operation was scheduled for February, but the exact date will depend on whether there are finances. And after that, everything depends on the results of histology.