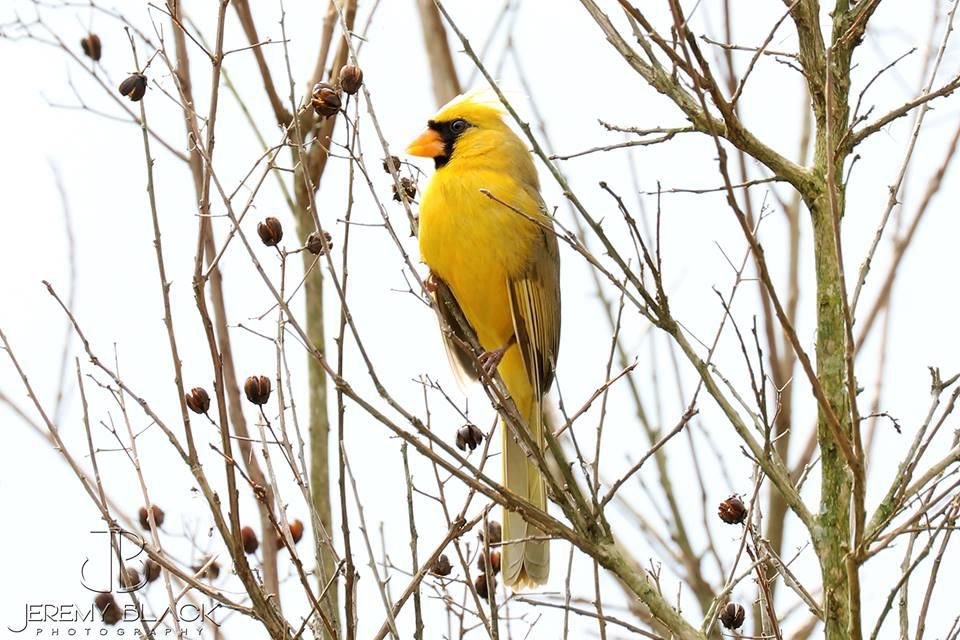 An extremely rare bird today has confounded biologists and bird lovers from Alabama. And all this after the images of the Yellow Cardinal became viral on social media.

It seems that a unique bird decided to pay a visit to a woman in Alabama. She captured it on camera after the birds visited her repeatedly. Charlie Stevenson of Alabaster first spotted an unusual bird in January at her backyard feeder. «I thought, «There’s a bird I’ve never seen before,» said Stevenson. «Then I realized it was a cardinal, and it was a yellow cardinal». Geoffrey Hill, a biology professor at Auburn University, said that the cardinal in the photographs is an adult male. He said that this unusual color is due to a genetic disorder. Cardinals are usually red, but because of their condition, what should have been red feathers instead became bright yellow.

“Every time I watch the bird feeder, I can see him,” Stephenson said. “The cardinals in my back yard typically come in the morning and again in the evening and I can only bird-watch on weekends until the time changes, but on weekends, I’ll sit there and watch for him. Every time we’ve looked for him, he’ll show up at least once that day.”

“Songbirds like cardinals almost never consume red pigments; rather they consume abundant yellow pigments. So, to be red, cardinals have to biochemically convert yellow pigments to red,” the professor explained.

Watch this unique bird below!

ANIMALS 0 38 views
Rocket was discovered in Miami’s streets. With little hope, the 12-year-old canine was sent