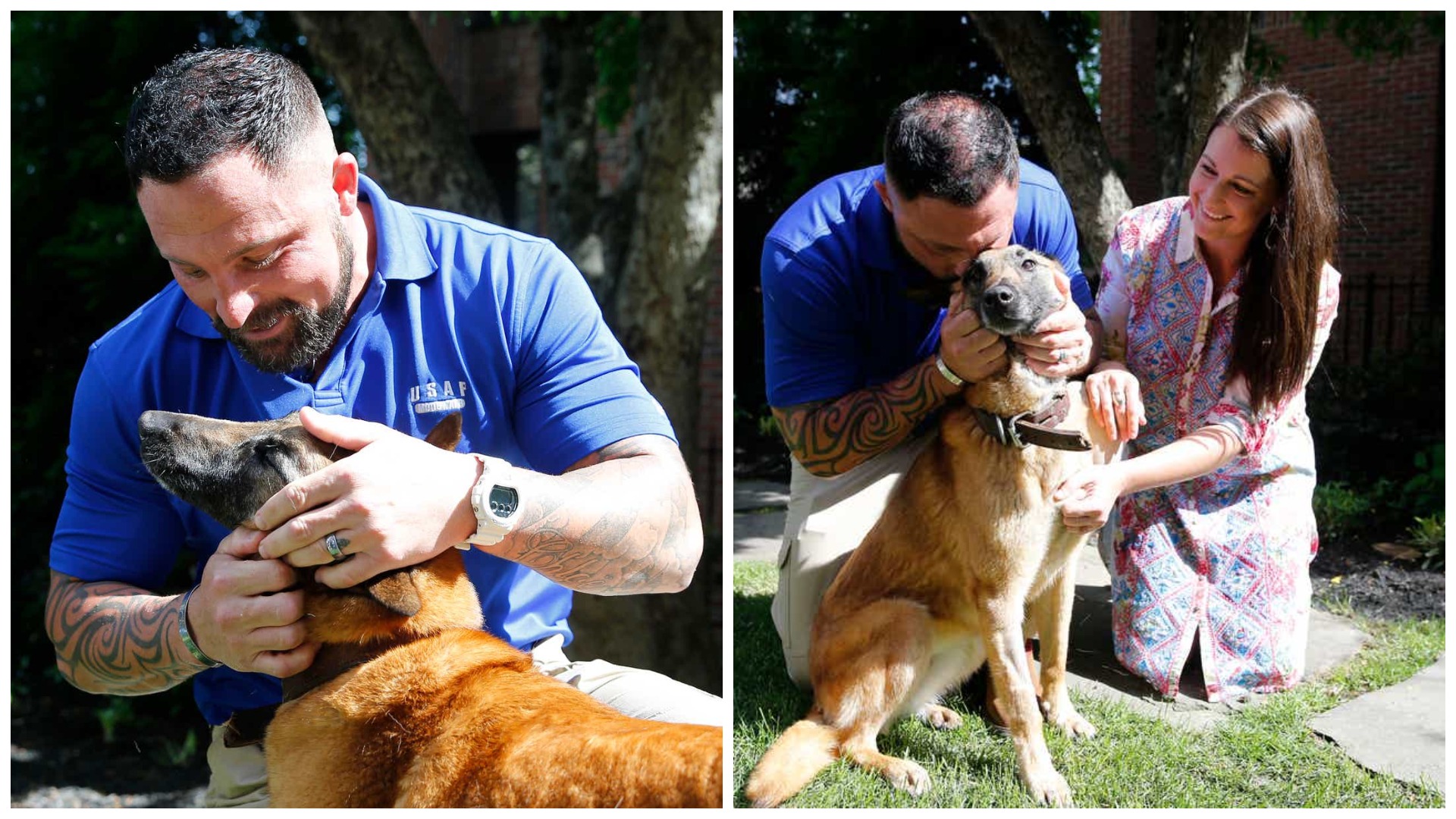 The dog will always be there for you, no matter what. Forever, loyal companion, the furry friend will always be with you in happy but mostly in difficult times. And no one knows that better than Staff Sergeant Adam Wiley.

A military officer of the United States Air Force and Emra, a specially trained military dog, shared both good and mostly bad when they were abroad. They relied on each other during dangerous missions and trusted each other with their own lives. In the end, they became best friends in the purest sense of the word. 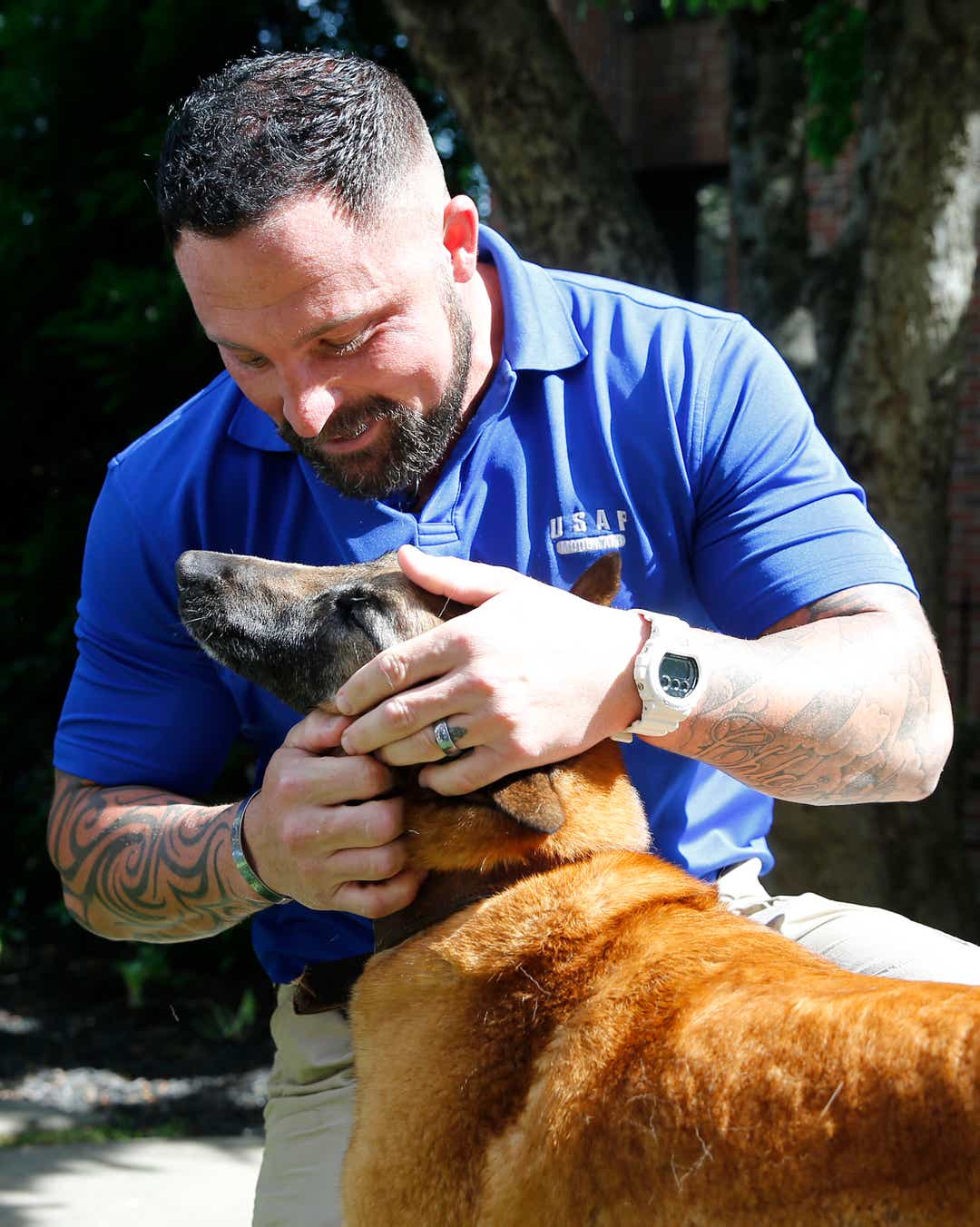 United by this unbreakable and special connection, they were at one point divided because of their missions. After serving two years in South Korea, Sergeant Wiley was sent home. It was good news for a man about to see his family again. But deep down, the sergeant cried because he knew he would not see his fluffy comrade.

“She means the absolute world to me,” the sergeant said. “I was sent to South Korea about 25 days after the birth of our daughter. Emra was one of the first individuals I came into contact with. She was also the one I looked to for emotional support with my family being so far away. We worked 12 to 13-hour shifts and she was the only person I had to talk to.” 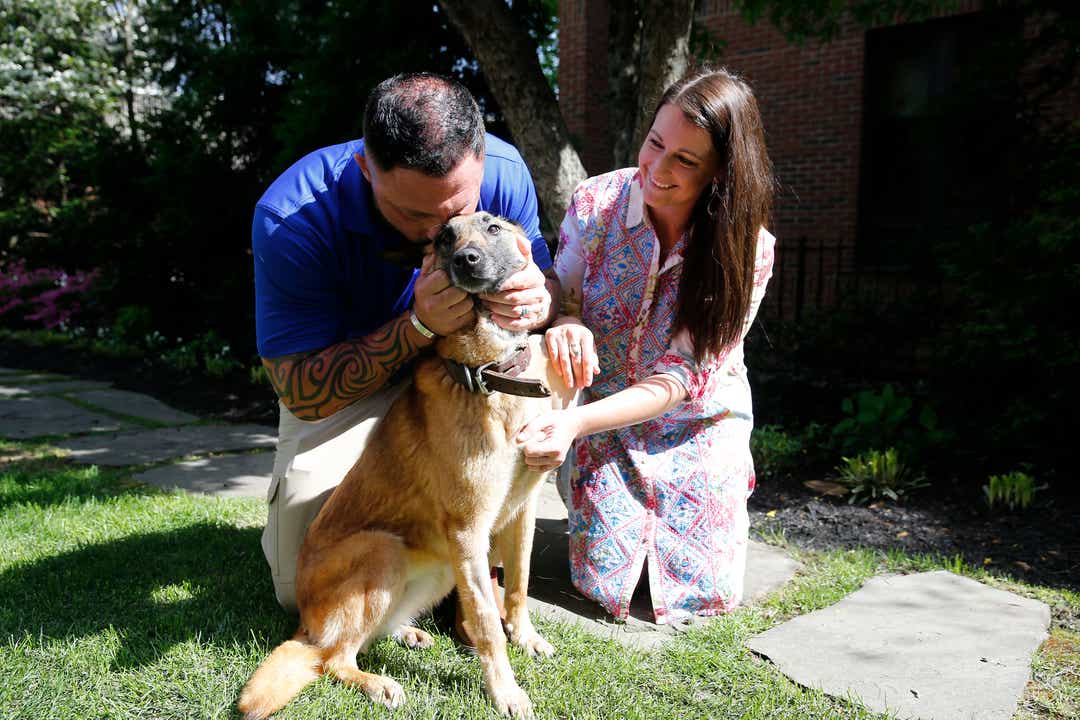 Fortunately, after three long years, Adam and Emra have met again, thanks to American Humane Association, an organization that helps the “military dogs to get adopted by their former handlers.” The 9-year-old dog was retiring due to her old age, so Adam decided to make her part of his family.

The moment the two old friends reunite moved everyone to tears. Thankfully, the touching scene was captured on camera and it has captured the hearts of over 18 million people who watch it so far. “Words can’t express how I feel right now,” the sergeant said, hugging his beloved furry companion. “She’s beautiful and still shedding. I’m just so thankful.” This is definitely a tear-jerking moment!

ANIMALS 0 87 views
Rio has suffered a real ordeal. Stuck for 2 weeks at the top of

ANIMALS 0 62 views
Associations keep repeating that identification, by tattoo or microchip, is their only tool to
Добавить комментарий Отменить ответ