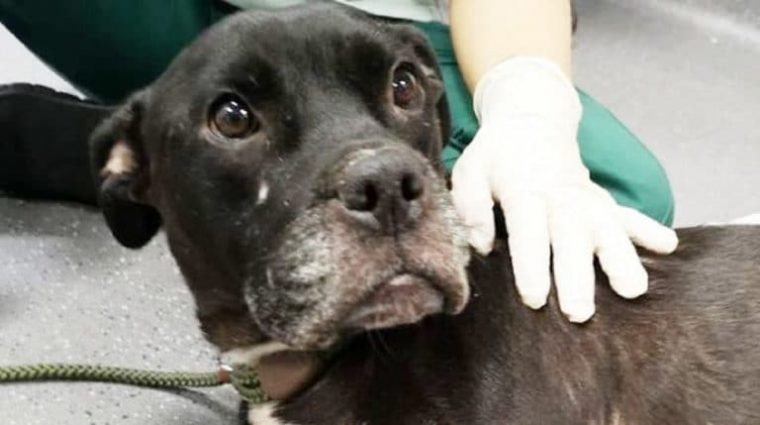 The dog was discovered by accident. Someone left it at a fence that was fencing off an area that had been flooded. A man went out to walk his dog, and he happened to see the poor pooch.

The Briton immediately rushed to the dog’s aid and pulled it to a dry place. The pet was scared and wet, it needed the help of a veterinarian.

The man called the rescue service. Rescuers quickly arrived at the scene. They were shocked by what they saw. However, they were even more shocked by the gratitude of the dog with which it met them. As soon as the rescuers approached it, it rushed to meet them and began to kiss them! In this way, the animal showed its trust and gratitude to people. 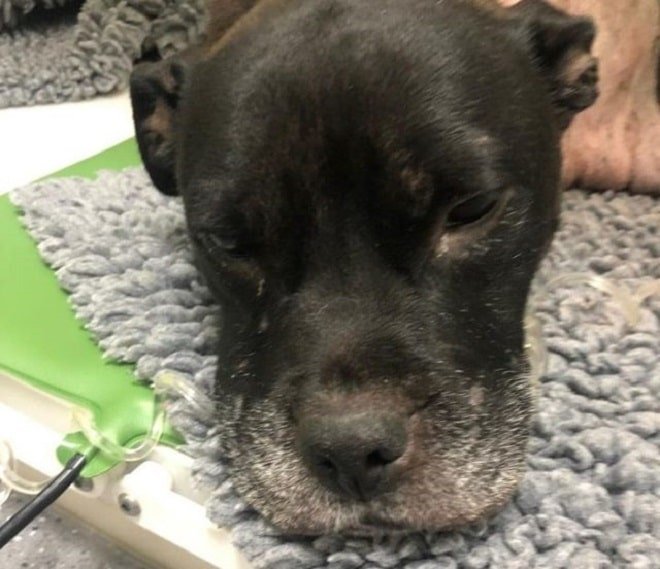 The front left paw of the pet was injured. An infection has already developed in it. Since the wound was old, it indicated that the dog had been suffering from pain for a long time.

Even veterinarians noticed that the dog had recently become a mother. But the puppies were not found near that place. Apparently, the cruel man who tied the dog to the fence got rid of the kids. 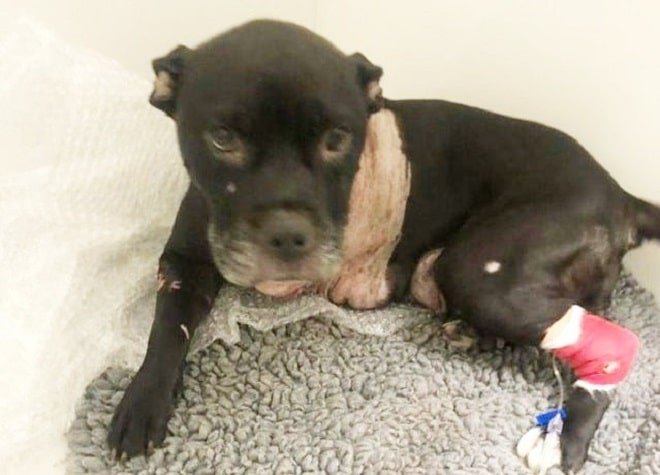 The veterinarians told the staff of the animal rescue organization about everything and asked them to help the dog. They hoped that they would be able to find funds for the treatment of Nelly (that’s what the pet was called).

The representatives of the organization, having seen the photograph of the exhausted and wounded dog, immediately agreed to help.

Considering that the wound turned out to be shallow, and the infection spread further, the paw had to be amputated.

The dog after the operation began to recover quickly and feel much better. The paw didn’t hurt anymore. 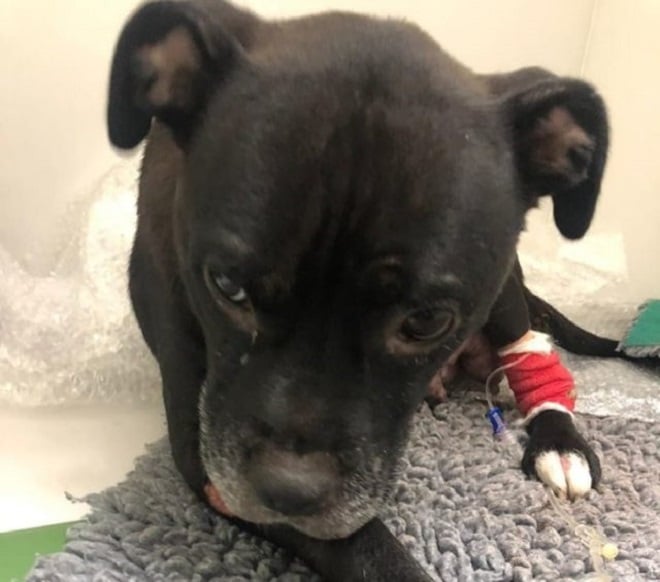 Everyone was happy with Nellie’s recovery. Volunteers were surprised that the dog, despite all the hardships, remained affectionate and trusting. Every time she tries to kiss and hug the people who helped her.

After Nelly is fully recovered, the volunteers will look for new owners for her.