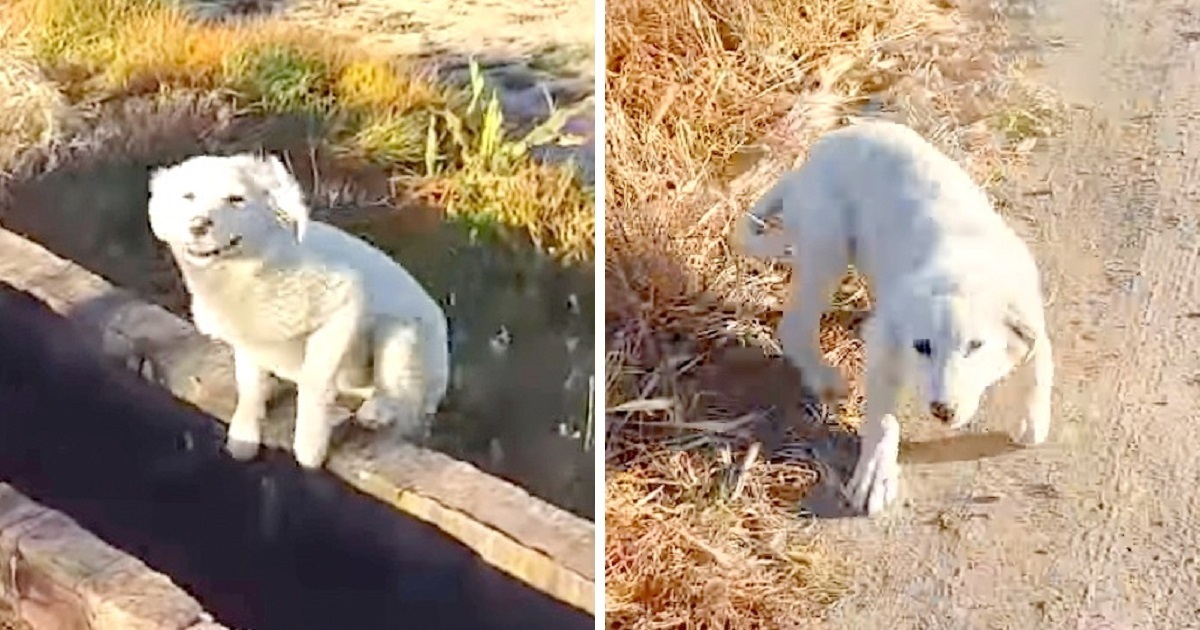 One morning, a man was jogging down his daily trail on the outskirts of town when he was met by a tiny, hungry puppy. The puppy hid behind the bushes and was still recovering from the shock of being abandoned by the owners.

The jogger went ahead and checked on the helpless puppy. Puppy realized that he had met a good stranger, so he started following the runner with a smile on his face. He stuck his nose in the legs of the jogger and begged him to take him to safety.

The jogger petted the puppy and realized that the wee thing wasn’t safe there. The remote wilderness was full of unknown dangers, and even the nearest village was far away from that place. Just 500 yards away was the busy freeway, which could be even more catastrophic to the puppy.

So the jogger took the puppy home, washed him, and fed him warm food! He later contacted the local animal shelter and also helped the puppy find a good home.

What a beautiful rescue! We’re sure the puppy will remember this act of kindness forever!