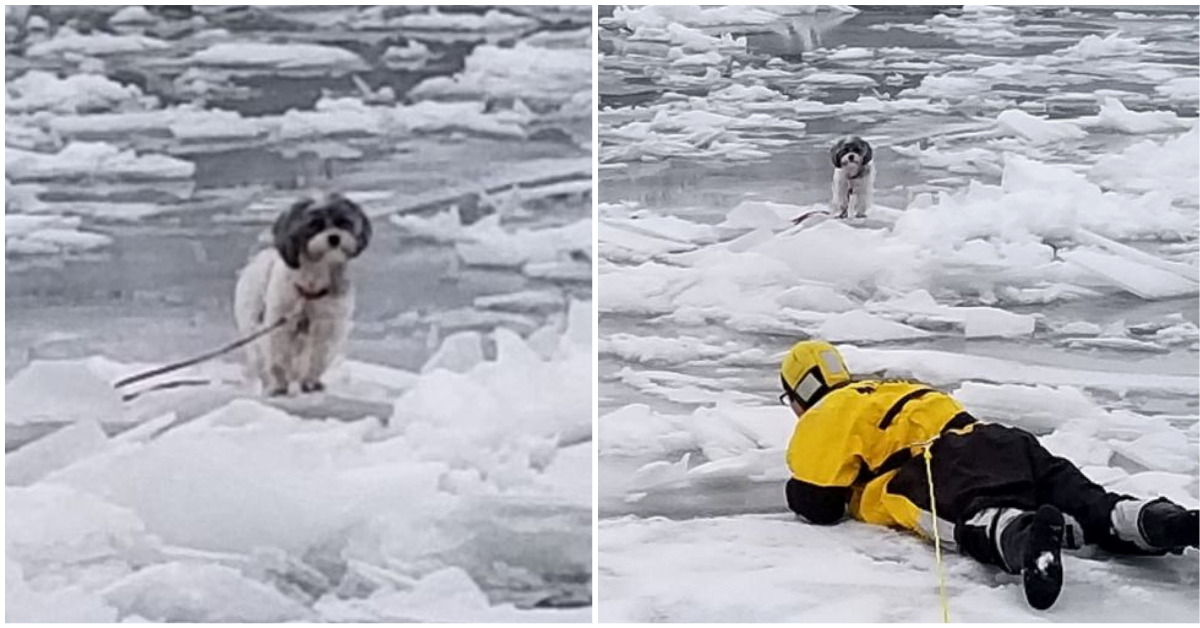 It’s the middle of winter, and freezing weather could be dangerous for our pets. There have been several cases of dogs accidentally falling under ice and being trapped helplessly in cold water below.

Fortunately, firefighters are willing to step in and help these animals get to warmth and safety. That was this week, after the fire brigade came to the rescue of Shi-Tzu, stuck on the ice.

According to Syracuse.com, the dog became trapped on the frozen Seneca River in Lysander, New York, after chasing geese onto the ice. 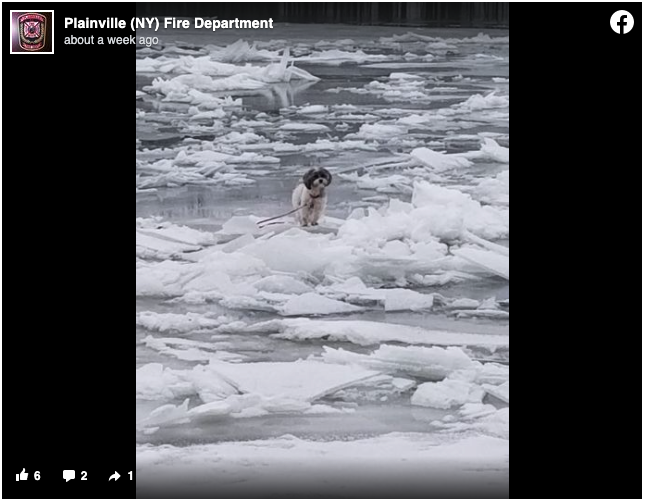 The dog reportedly became stuck out there when its leash got caught in the ice. The Shih Tzu was unable to get back to land and was helplessly stuck in the cold. The dog was in danger of getting frostbite or worse.

But thankfully, one rescue crew from the Plainville Fire Department came to the rescue.

Photos show the firefighters carefully crawling on the ice to reach the dog: 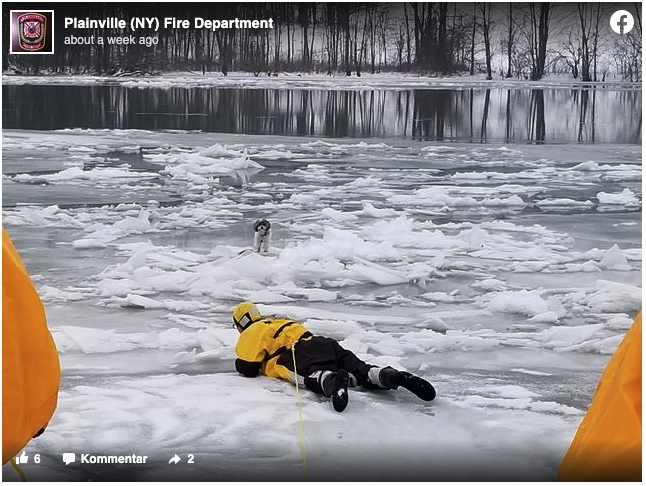 According to a Facebook post by the department, the responders had specialized rescue equipment provided by the Northwest and Jordan Fire Departments. 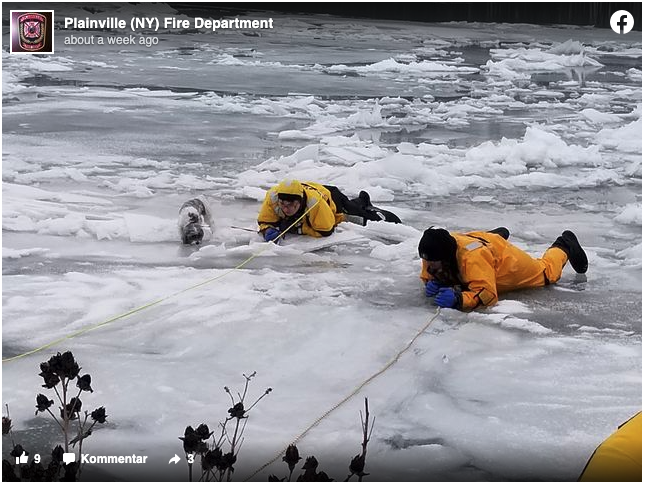 After crawling out to get the dog, the firefighters brought the Shih Tzu to safety. There was reportedly an ambulance waiting nearby, and it seems like this dog is going to be okay. 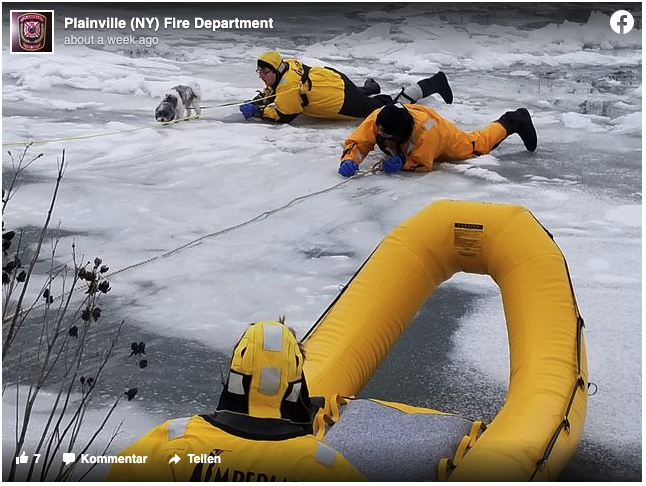 Thank you to these firefighters for going out of their way to save this little dog. We’re so glad he’s safe now, and hopefully will be more careful next time he chases geese!

Thank these rescuers for sharing this amazing news!