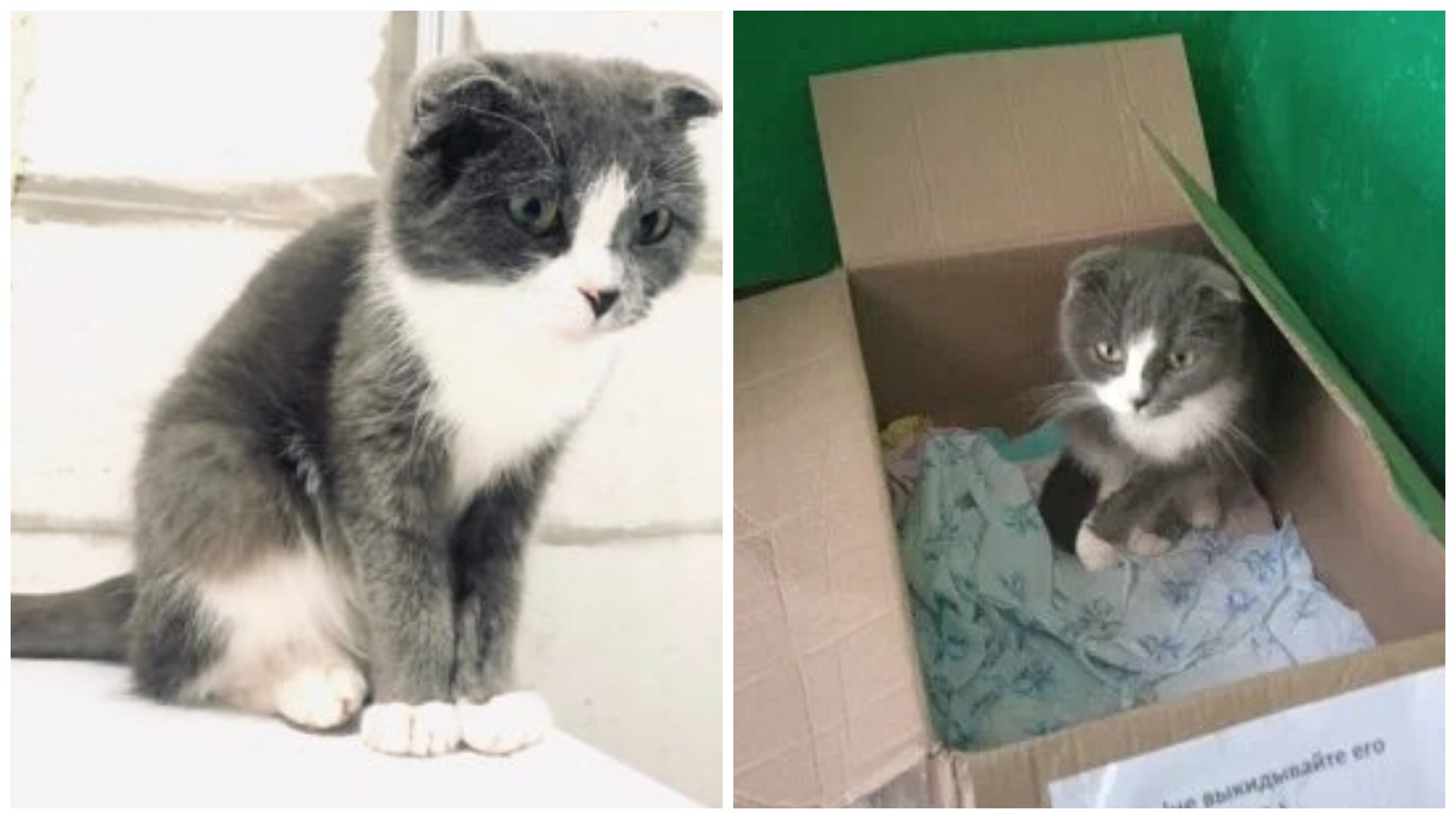 I don’t even know where to start my story. It’s just too much emotion. My friend’s children were sledding near the forest. Their parents brought them to their grandparents for the winter holidays. Then my friend got a call from her son and he asked her to take a kitten he found in the woods. 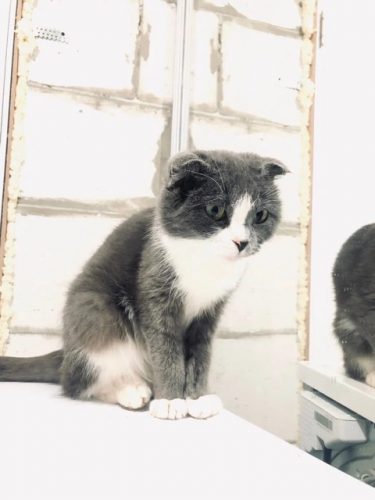 Tanya felt sorry for the cat, but I had already sent two fuzzies to her. She asked me to find a place of temporary care. 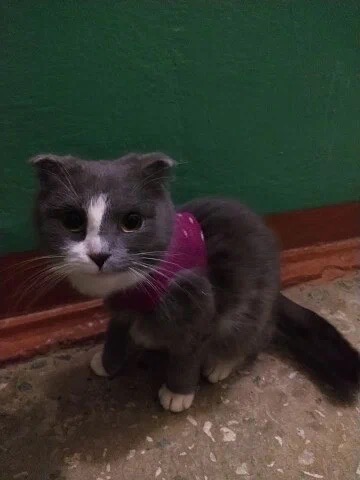 The friend’s son took the cat with him, but the grandmother did not allow him to bring her into the house, so the animal was left in the entrance. The children did everything for the cat to make her feel good, they brought a box, put a blanket in it, and fed the poor cat. They also asked grandmother to print out a leaflet, in which they asked not to touch the cat because they are watching her and feeding her. To make sure no one bothered her, they took the cat with them and visited all the tenants of the entrance, every floor, all apartments and asked not to touch the animal. 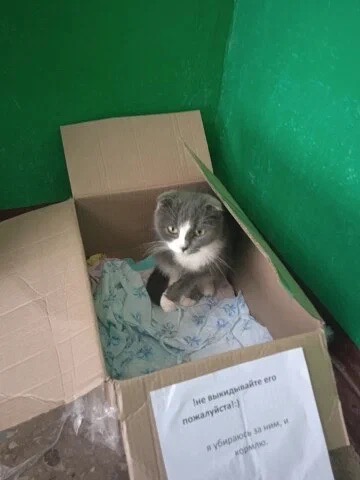 After that, they went on a tour of the entire private sector and all high-rise buildings to find out if anyone had lost a cat. The village there is small. But the efforts were in vain. The cat remained to live in the entrance.

But it couldn’t last that long. The kitty was wheezing, probably caught a cold. I decided to take her away. When she was brought to me, I saw that the cat was still quite a teenager. 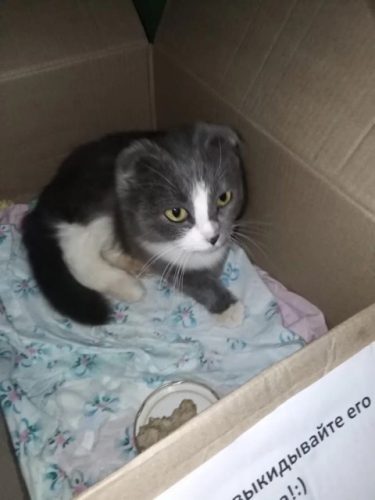 I noticed growths on the hind legs, I also found a trimmed coat in the place where the kidneys, probably, the doctors did an ultrasound for her.

I saw traces of urine on the paws, it looked like the cat had been sitting in a cramped cage before. But I can only guess. Probably, the breeders got rid of the « defective product ». 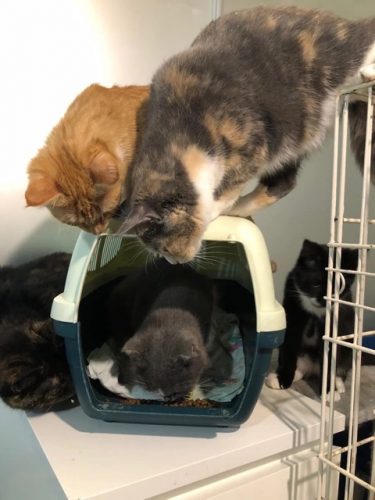 I began to treat pneumonia, but the cat’s wheezing did not go away. I’m giving her injections now. She eats very little, she’s kind of lost. We will also get rid of worms and fleas. She’s always hanging around the food, sitting in it.

Now we need to do an ultrasound for the cat and take tests to find out what else could be wrong, except for inflammation.