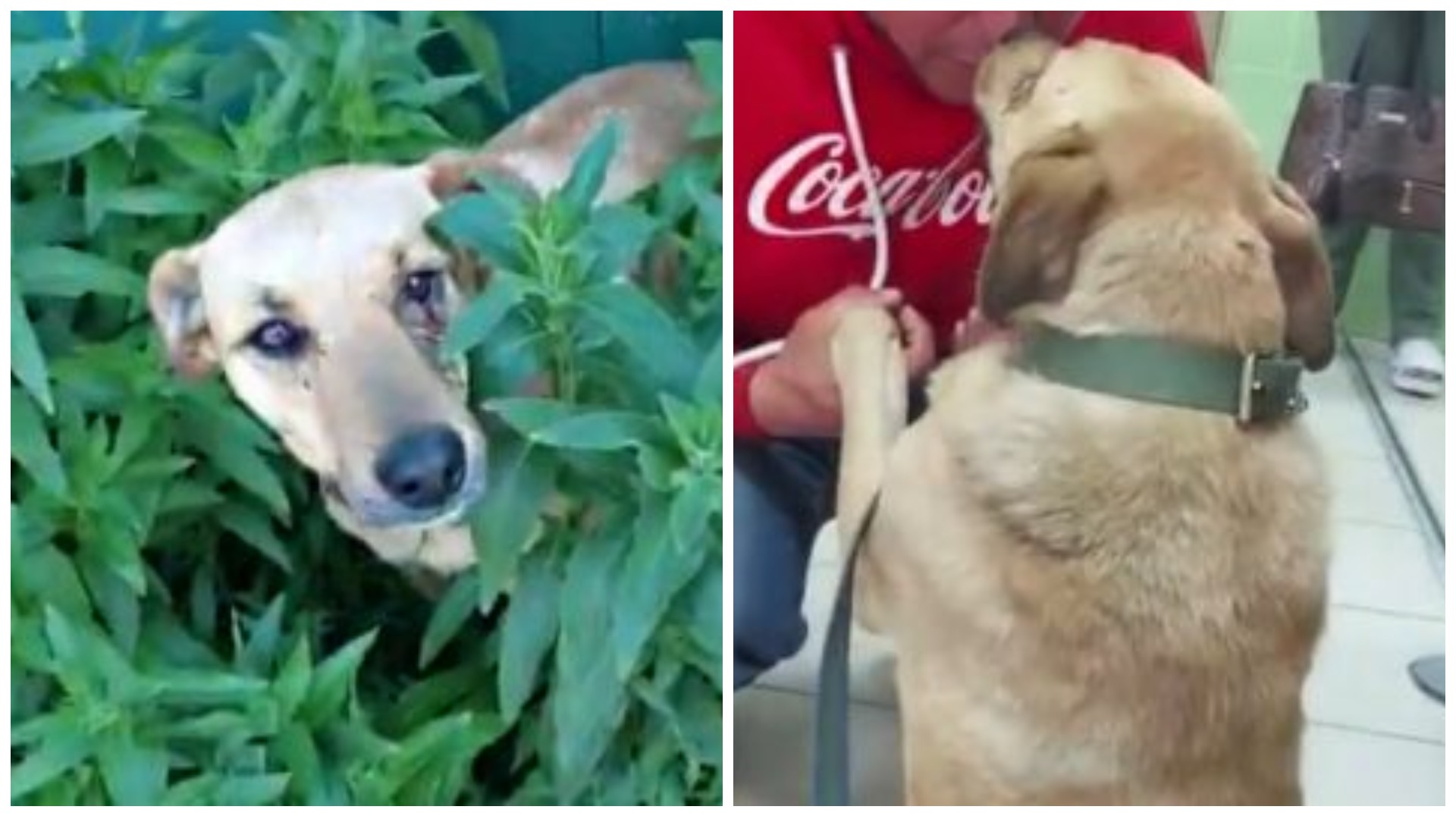 There was a local homeless dog on the doorstep of a veterinary pharmacy. His name was Jack, and he was kind and harmless, but someone threw him out on the street a year ago. The clever dog scratched quietly and waited for the door to open. He came for help, barely standing. 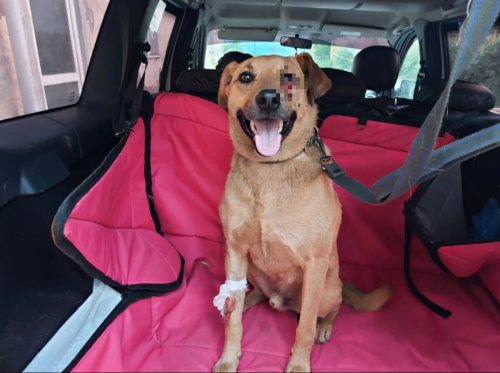 The seller was very surprised, but allowed him to enter and gave first aid. For this, the dog licked the girl’s hands and wandered back into the bushes. He’s been walking weirdly before, but this time it was really bad. To all the woes of the dog was added another one — thanks to «people» he now has one eye and other traces of «good» attitude, which turned out to be quite many. 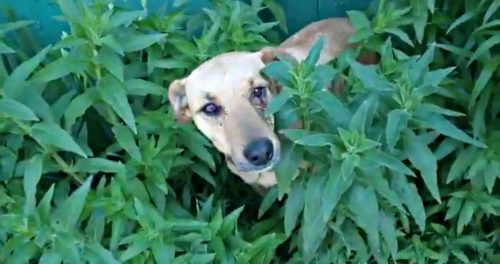 Why did «people» hurt him so much? Probably because he was too weak and gullible. The dog didn’t expect that from people, because he did nothing wrong to them, even the opposite! The dog has always been very kind, nice and friendly, known to all the locals.

All this time, he’s been trying to survive on the street. If anyone has ever felt sorry for a kind, smiling dog, it’s only in words, but he still loved people very much. The dog greeted all the locals by giving them a paw, and sometimes two at once. Only for this, someone rarely gave him at least something to eat, and now he also paid for his kindness and trustfulness. 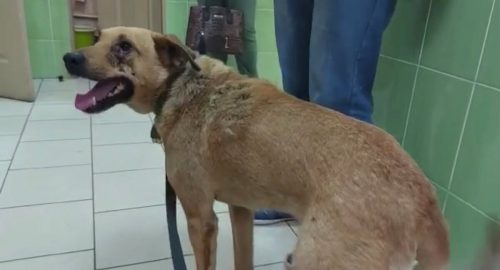 In this state, he was noticed by a woman from the capital who came to visit someone and dialed my number asking for help. A few hours later, a pet taxi was coming for the poor dog. I knew perfectly well that we didn’t have a place for new animals anymore, but I felt sorry for him. 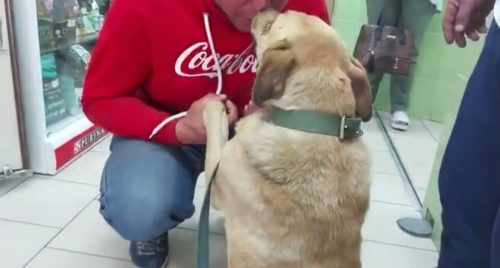 As soon as Jack entered the veterinary clinic, he immediately began to smile and greet everyone. Our volunteer Andrey was there at that time. The man wanted to pat the dog on the head, but he immediately gave him a paw, and then the second, and after that, he got up on his hind legs and began to hug Andrei’s hands, as if begging him to take him to himself.

Jack is a very good dog and we hope to find a good owner soon.