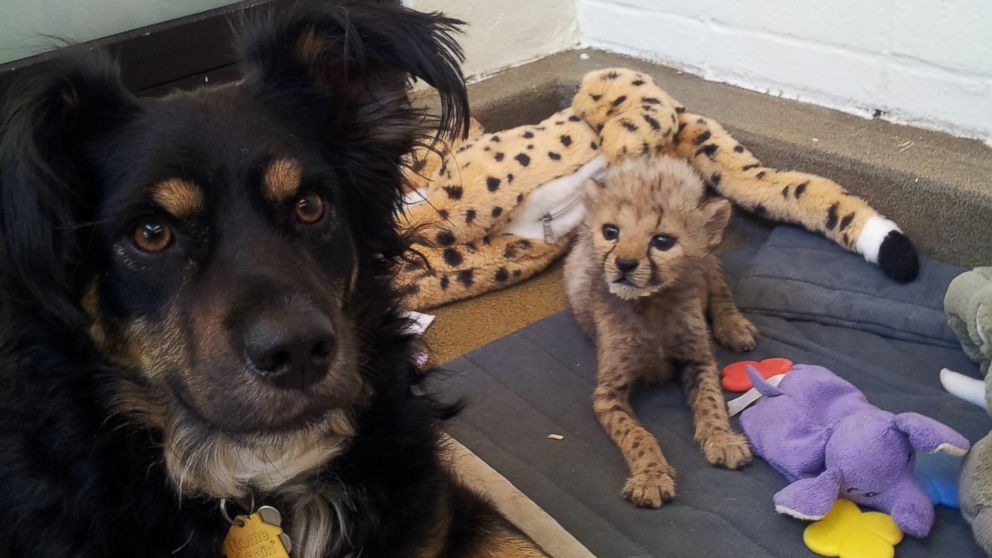 Proving to the world that nothing is impossible for a dog, this Australian shepherd became a single father to five orphaned cheetahs. The mother of the babies died shortly after the babies were born, and their chances of survival were slim. But they all got a second chance, thanks to Blakely — a very caring dog!

Five babies, three boys, and two girls were born at the Cincinnati Zoo & Botanical Garden’s Cheetah Breeding Facility in Ohio, where their mother Willow resided. Unfortunately, a 5-year-old girl died a couple of weeks after giving birth due to some complications. The staff did their best to save the cubs, but they all knew it would be almost impossible. The cubs need to be near their mother in the first few weeks of their lives. However, they took the little cheetahs to the nursery, where they received better medical care and were given bottled food. But the most important thing for the staff was to keep their bodies warm. They just needed the warmth of their mother’s body. That’s when Blakely stepped in! Blakely, who became a resident of the facility over five years ago, after he was rescued from a local shelter when he was only seven months old, is more like a therapy dog. The Australian Shepherd wasn’t on his first experience of this kind. He was initially used as a support dog for another cheetah after she lost her cub, then he comforted a calf. So he and the cubs bonded the first they’ve met. Blakely provides them the comfort of a mother, and the little things look so happy to cuddle with him and climb over him. But even though, they are getting along so well, Blakely stays by their side only two times a day. The rest of the time, the staff makes sure they are properly fed and have rest. Anyway, the caring dog will remain by their side a long time from now on. “As the cubs grow, Blakely’s role in their development will shift from climbable companion and hairy warm body to teacher and role model,” the zoo’s head nursery keeper Dawn Strasser said.

ANIMALS 0 50 views
Eebbers was treated to a nice ceremony to mark his retirement, after a long