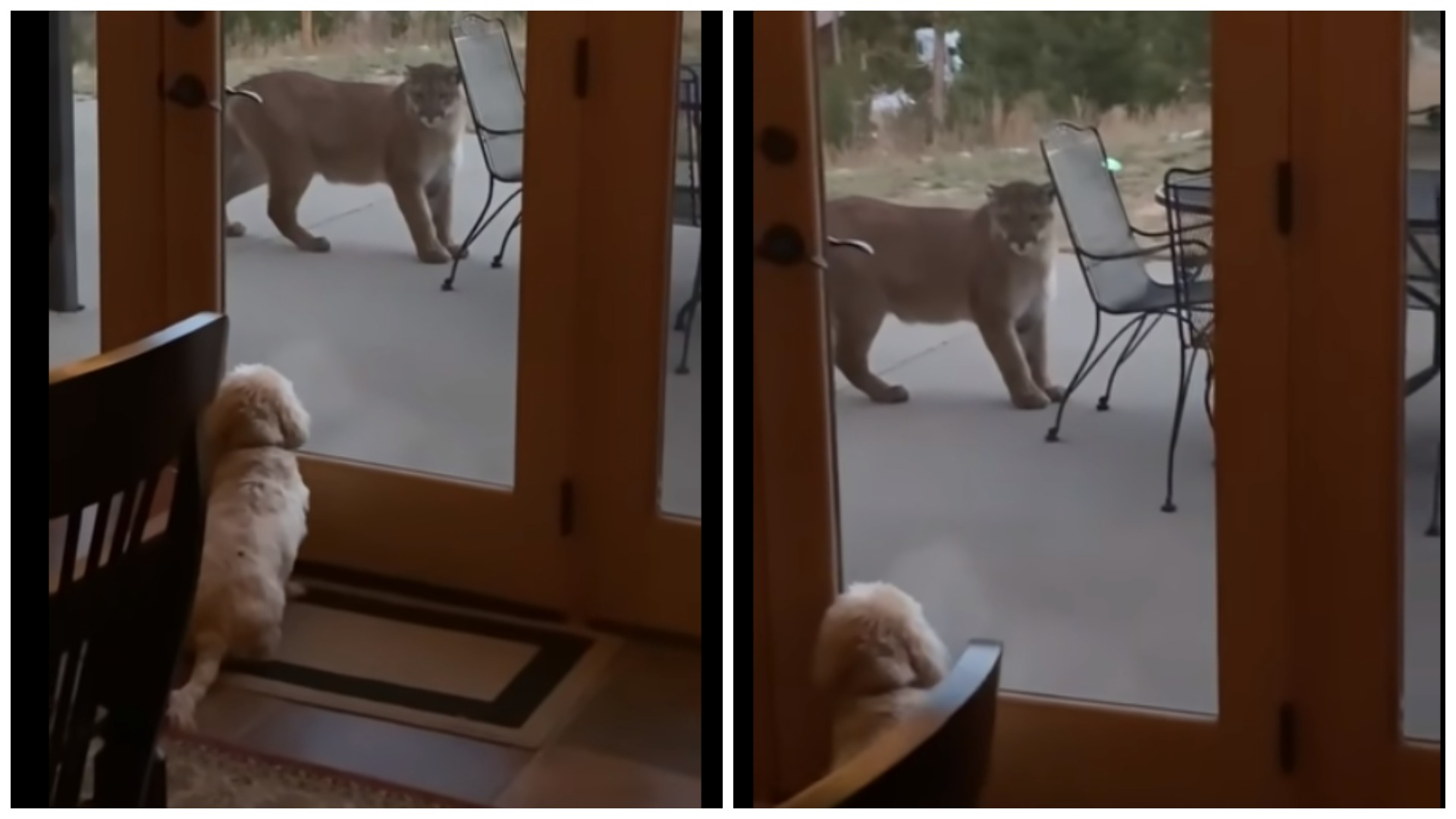 A brave little dog shows the world that you don’t have to be too big to be a hero after seeing a giant mountain lion invade the back porch. The brave dog wants his family to know that they can always count on him, even in the most desperate of times. He will not hesitate to protect his loved ones from any danger. The bravery of the dog was filmed by his frightened mother! Sarah Bole, who had just come home from work, couldn’t believe what she saw when she walked into her house and noticed Dash – her tiny dog – who was staring at a mountain lion. Fortunately, they were separated by the glass of the back door, but that didn’t stop the woman from being afraid. While her fearless dog stood still and watched every wild cat move, Sara quivered in a quivering voice asking him to « return, » but Dash ignored her.

“There is a big, big mountain lion on our patio,” Sarah Bole can be heard in the video. “He wants to eat my dog…I’m not going to lie, this is really scary.” Although Sarah lived in a wooded area between Grand Lake and Granby, in Colorado, a place well known for its wildlife, Sarah had never seen a mountain lion before. « We always knew there were mountain lions here in the area, » said Sarah to Sky-Hi News. « But I just never expected to see anyone within five feet of me looking into my dining room ». After examining a tiny dog through the window, the wild cat even tried to reach the doggy by putting its huge paw on the glass and knocking on it. But the brave dog kept wagging his tail. After a few minutes, the massive animal got bored and returned to the forest.

“I thought it was very unusual that my little dog was sitting at the door like that and he didn’t come to greet me or anything and then I looked up and the mountain lion was frozen on the patio in med-step,” Sarah explained. “That’s where the video starts. I knew the cat couldn’t come in in my rational brain, but…I’m 5-feet away and it’s tapping on the glass.