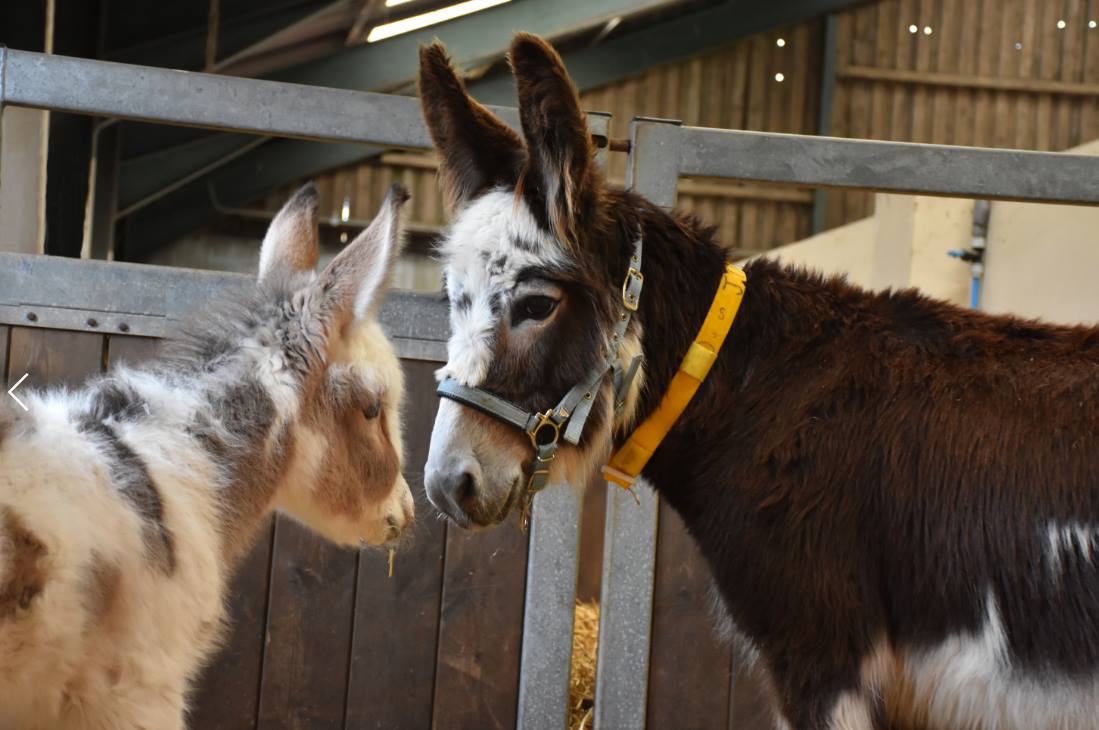 The life of this tiny donkey was not easy after being rejected by his mother shortly after his birth. But luckily, he wasn’t alone. Surrounded by love and affection, a hopeless little donkey boy overcame a difficult situation and turned the odds in his favor, finding a new loving mother! Ben’s mother was already pregnant when she arrived at the Donkey Sanctuary in Britain. A donkey named Millie wasn’t ready to be a mom when she was only a few months away from giving birth. Unfortunately, despite the efforts of the staff to prepare her for what was to follow, it was simply not meant to be. And soon after giving birth, she rejected her child! « The donkey and her child were not together and showed no signs of the rapprochement that usually occurs between the mother and the child after his birth, » written in the sanctuary. « We tried cautiously to persuade her to accept the baby, but this young and inexperienced mother just wouldn’t let her foal near her – it was clear that she rejected him ». For a newborn animal, the chances of surviving without a mother are slim. But loyal people in the sanctuary tried their best to keep a tiny foal alive, and in the end, they did. They fed him a bottle every three hours and spent a lot of time with him, making him feel comfortable and loved. But even so, tiny Ben needed someone to be there for him every second to warm and protect him, and only his mother could. Since his mother was away, the staff decided to introduce Ben to « Auntie » Jingle, another filly at the orphanage. To everyone’s surprise, it didn’t take too long until these two became inseparable. Everyone at the sanctuary was more than happy to see that Ben had finally found a loving mother. After everything he’s been through, he really deserves it!

More about Ben’s inspiring story in the video below!