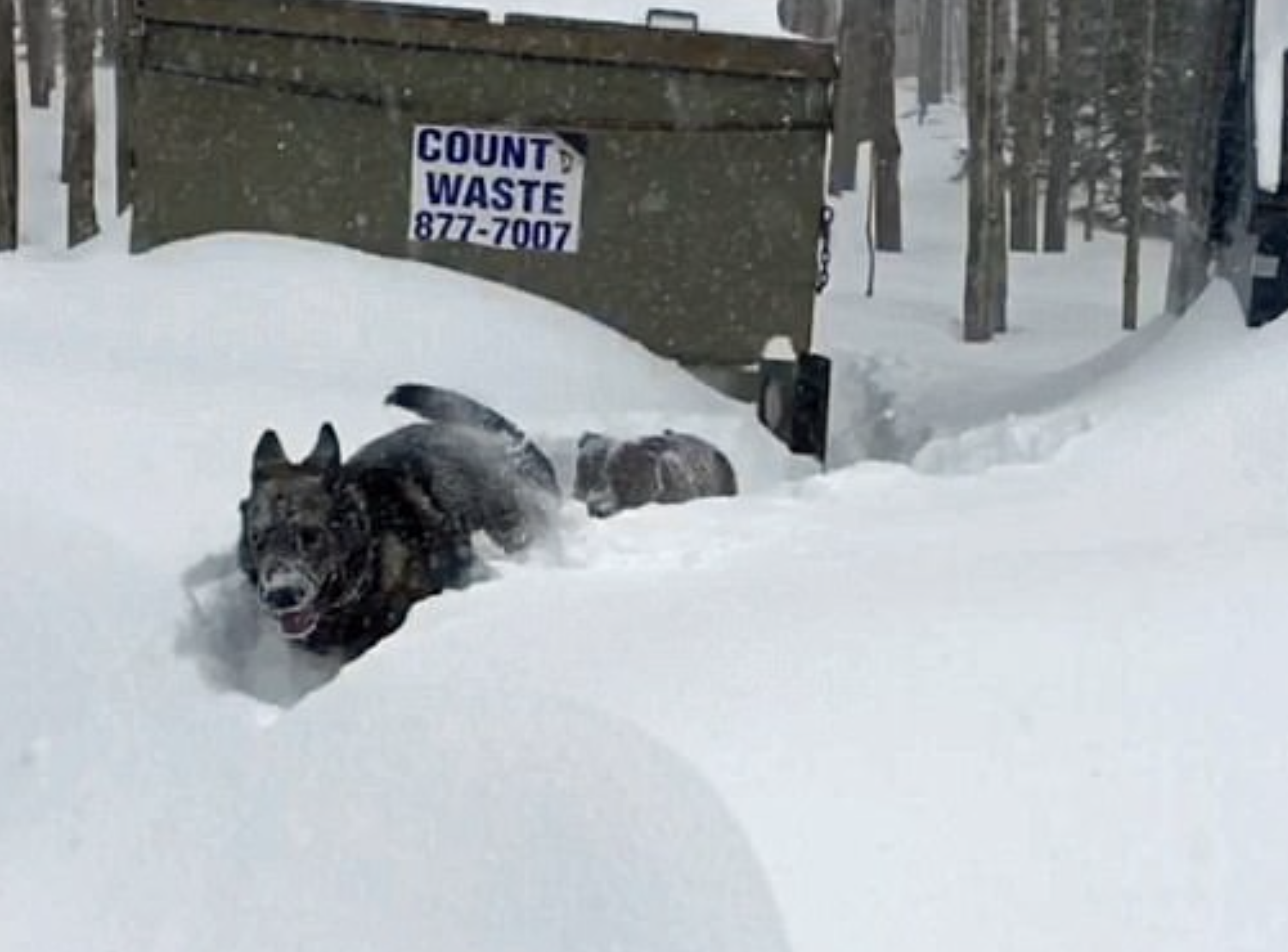 Almost every dog likes to play in the snow, but as it turns out, it can also be quite dangerous, especially if you’re a short-legged puppy. But fortunately, if you’re with your best friend who’s willing to come to the rescue, deep snow can only be funny! Knuckles, a very sweet pitbull, and its friend Kanawha, an adorable German Shepherd, love going on adventures together. But while Knuckles always acts childish, Kanawha is there to help it, just as an older sister does. “Kanawha frequently gets frustrated having to help Knuckles out of jams so it was almost like it chastised it at the end,” Brian said. “It really isn’t behavior out of the ordinary for these two.” The same thing happened this time. It was snowing in New York, and the owner, Brian Wagner, decided to take his two fluffy friends outside to play in the snow. But their excitement soon faded, as a sudden blizzard erupted! Tiny Knuckles was trapped in heavy snowfall, and it couldn’t find a way out. But luckily, its caring friend was there to give it a few extra paws right away. It soon noticed that its friend was struggling to get it back to them, caring Kanawa jumped on the snow, cleared the path, and rescued a helpless pit bull. “I couldn’t help but chuckle at Knuckles,” the Brooklynite explained. “When she had walked around the back of the dumpster, the snow was quite shallow. However, when she hit the thick powder, it didn’t occur to her to retrace her steps so she just sat there.”

The moment was caught on camera by Brian, and it is so beautiful. Take a peek: