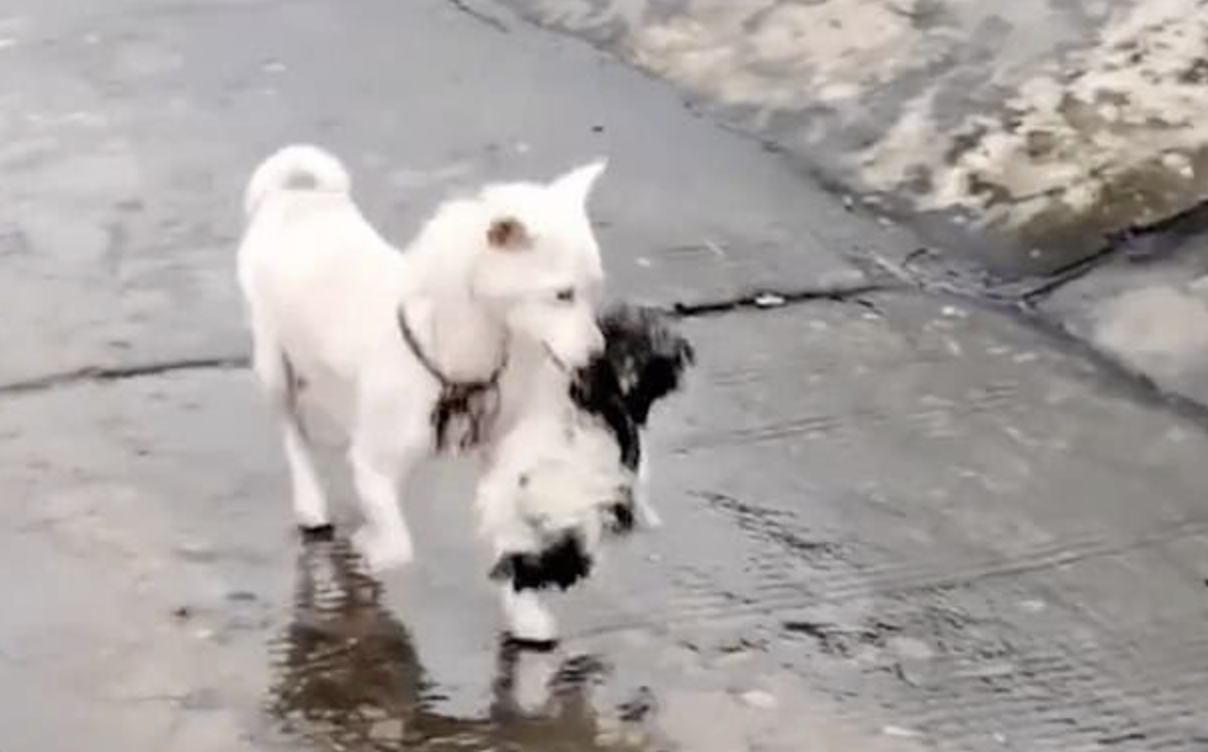 In an unbelievable act of selflessness, a homeless dog risked her life to save one of her puppies after the baby was trapped in the floodwaters. The heroic scene was filmed on camera, and the video became viral, people called it « the extraordinary power of maternal love »!

Sichuan Province of China experienced several devastating floods after heavy rains hit the region. Because of heavy rain, the Ming River has left the banks. It has flooded dozens of houses in the city of Meishan. But the floods affected not only people but also animals. Among them were the mother dog and her five puppies. The water rose quickly, and the poor mother dog and her cubs had no time to react. The flooded river swallowed up their shelter, and within seconds they all ended up in floodwaters. Thanks to a resident, the dog and four of her puppies were brought to safety. The man intended to return to the fifth puppy, but the water rose quickly, it would be too dangerous. But not for the mother! As soon as the caring dog noticed that one of her babies was missing, she immediately rushed to the river and without hesitation, jumped into the water and swam to her puppy. Fortunately, she managed to reach her child and successfully get him ashore. Everyone there, including the locals and rescue workers, was speechless by the bravery of a dog mother, and as soon as she and her puppy returned to safety, everyone applauded her. You can watch the incredible moment here:

The courageous mother and her five puppies were adopted by the locals after this sad event. And yet the footage of a mother heroically rescuing her stuck child has won the hearts of everyone on the Internet. « This is truly the power of a mother’s love, » described perfectly by one man. « No matter how dangerous it is, she always wants to protect her children ». While another added, « Such a tiny body and such incredible power! »