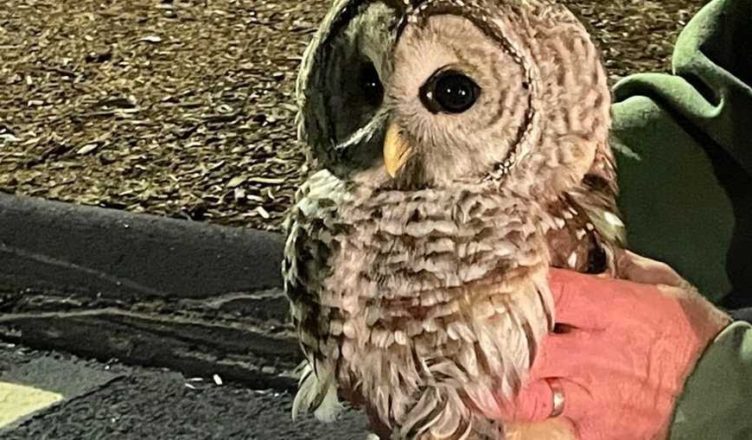 A wayward driver hit an owl with a car and left the scene. The poor animal was left lying defenseless on the highway and could not move. Due to the strike, the owl broke its wing and could not fly away.

Caring people passing by decided to help the poor animal. They called the police. But before the police arrived, they wrapped the owl to keep the animal warm.

As soon as the policeman arrived at the scene and looked at the owl, he immediately realized that the animal had been hit by a car. And it needed help. 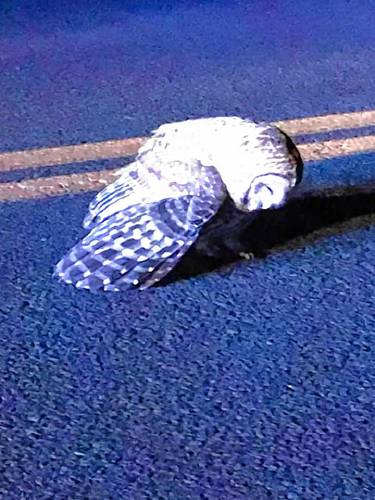 An officer took a hopeless bird to an animal safety center. The owl was going to be taken to a local veterinary clinic.

Very soon, the bird will be cured and taken care of. All the staff at the animal clinic fell in love with this lovely creature. 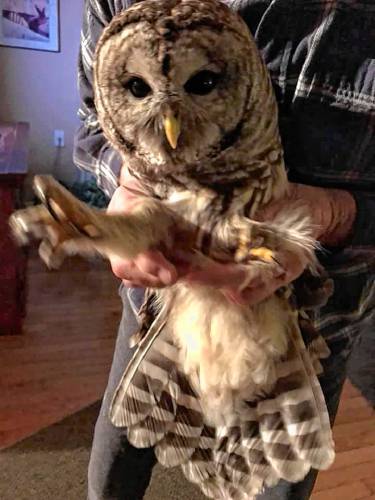 The bird is being treated successfully. The broken wing will recover and the owl will be able to return to the wild in the spring.