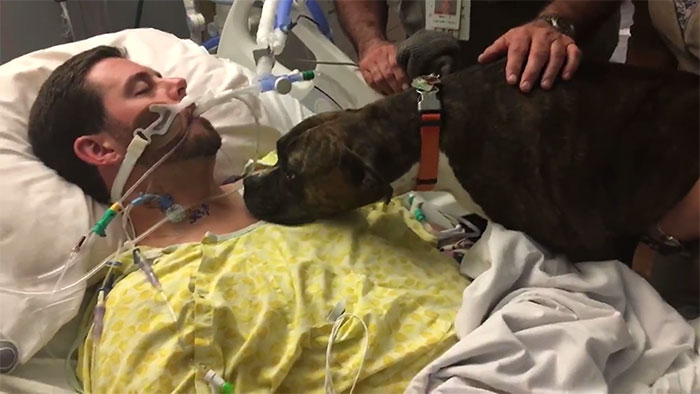 It’s a story about a man who was dying. His name was Ryan. He was only 33 years old. Unfortunately, he suffered from a cerebral hemorrhage.

Ryan had a good friend. It was a big dog. The owner and the pet had a special bond. They were very close, and very rarely apart.

The man was dying, but he wanted to see his friend again. Then the medical staff allowed the dog to visit his owner one last time. 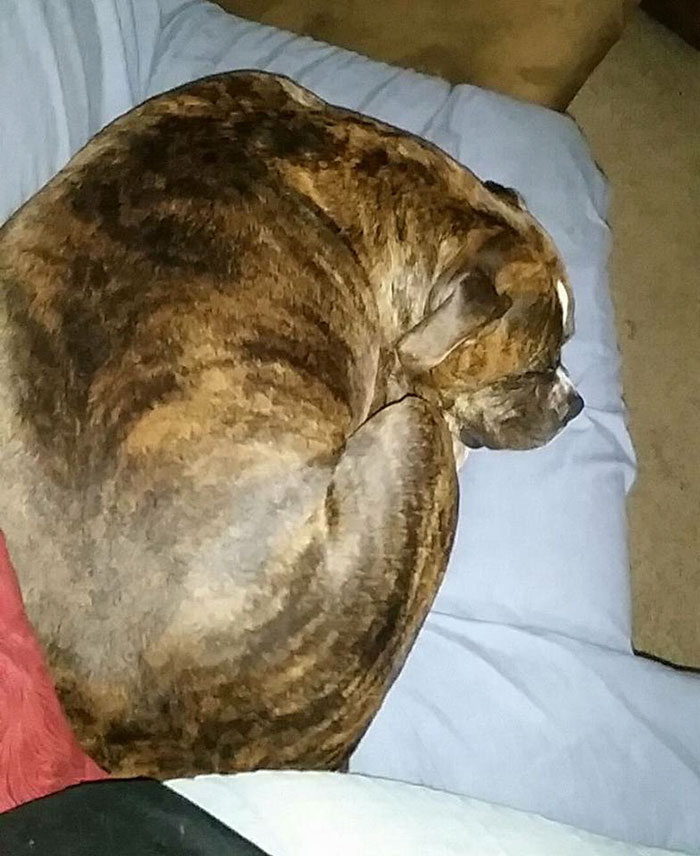 Ryan’s sister said it was a very heartbreaking scene. The dog seemed to feel that his owner was leaving this world. He looked at his human friend with great sadness and grief.

The dog was grieving over the departure of his good friend. But now he will be in safe hands. Ryan’s sister will now take care of the dog. 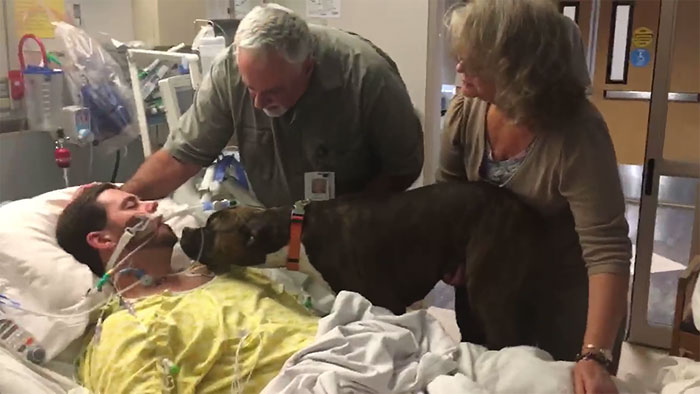 But before leaving this world, Ryan saved one person. The 17-year-old needed a heart, and Ryan became a donor for him. Rest in peace Ryan. Your kindness will not be forgotten.