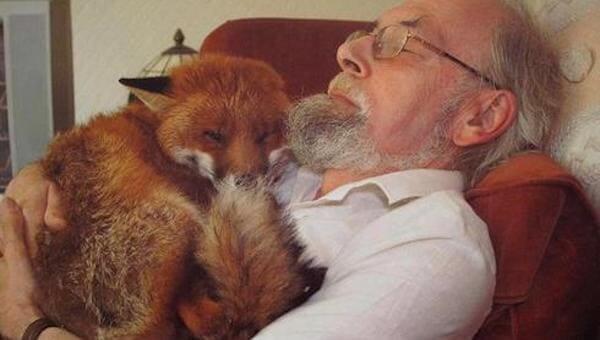 The man noticed a red fox on the side of the road. It was badly injured and could not move on its own.

Project «Fox» couldn’t let a fox go into the wild. They decided to find a home for a fox. It was very difficult because the fox was a wild animal and people would be afraid to take it.

But there was a man who wanted to adopt a fox. It turned out to be a man named Mike. He was a retired engineer. The man assured that he would be able to take proper care of the fox because he had already had a similar experience. 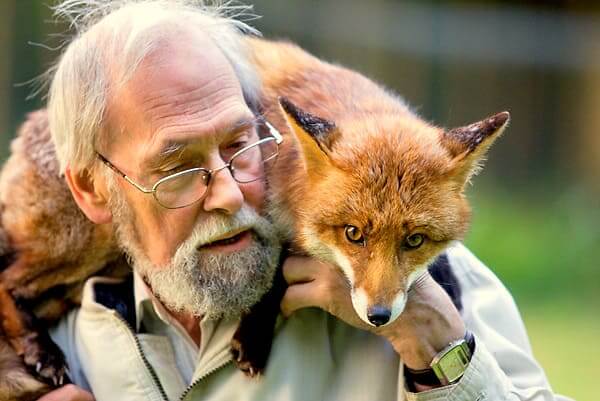 He adopted a fox and called it Cropper. He decided to take care of the fox, not give it to the wild.

He loved the fox and cared for it. The man and the fox had strong and close relationships. They became inseparable. 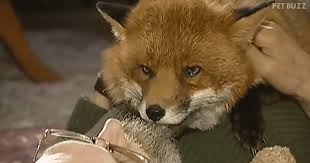 The fox and the man play together. The fox takes a bath in the sink. Mike says it’s very difficult to keep the fox as a pet.

But he assures that for a wounded fox, and if it has health problems, it is safer to be near people than in the wild, where most likely the animal will not be able to survive.

This man is amazing.