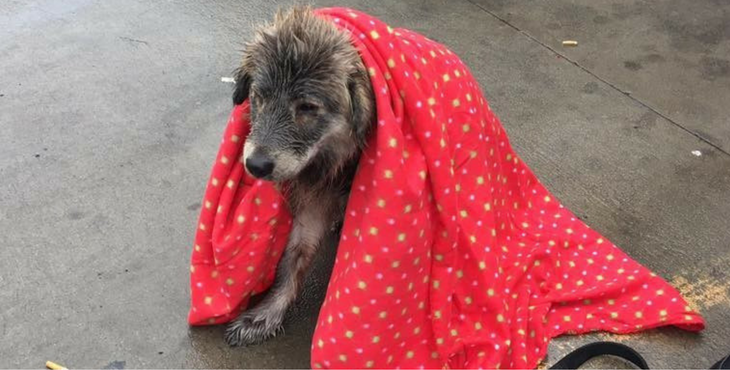 A woman named Valinda Cortez noticed a dog sitting in the rain with a terrible look on its face. The dog froze from the cold.

The woman stopped the car and approached the dog. She took pity on the animal and covered the trembling dog with a warm blanket.

A woman spent an hour with this nice dog. She was trying to gain the trust that the animal had lost in humans. 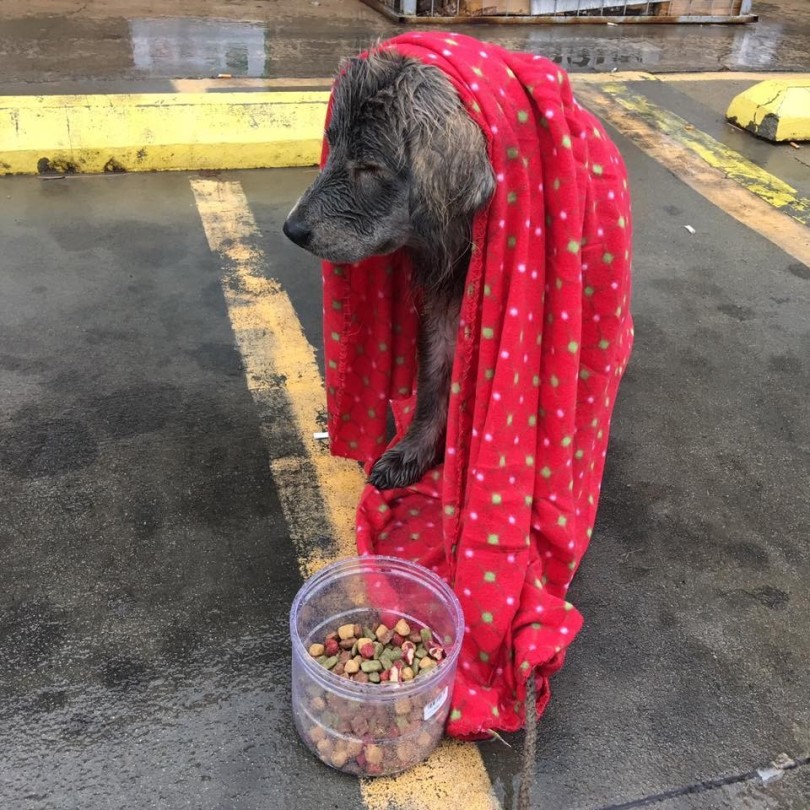 The condition of the dog was very bad. Many injuries on the body prevented the animal from living a full life. The dog did not have one front paw. It was all wet. Its eyes were badly damaged.

She called her friend Sue Massey, who works at the animal shelter. She came and took the dog to the shelter. At the shelter, the animal’s condition improved. It took a warm bath there. 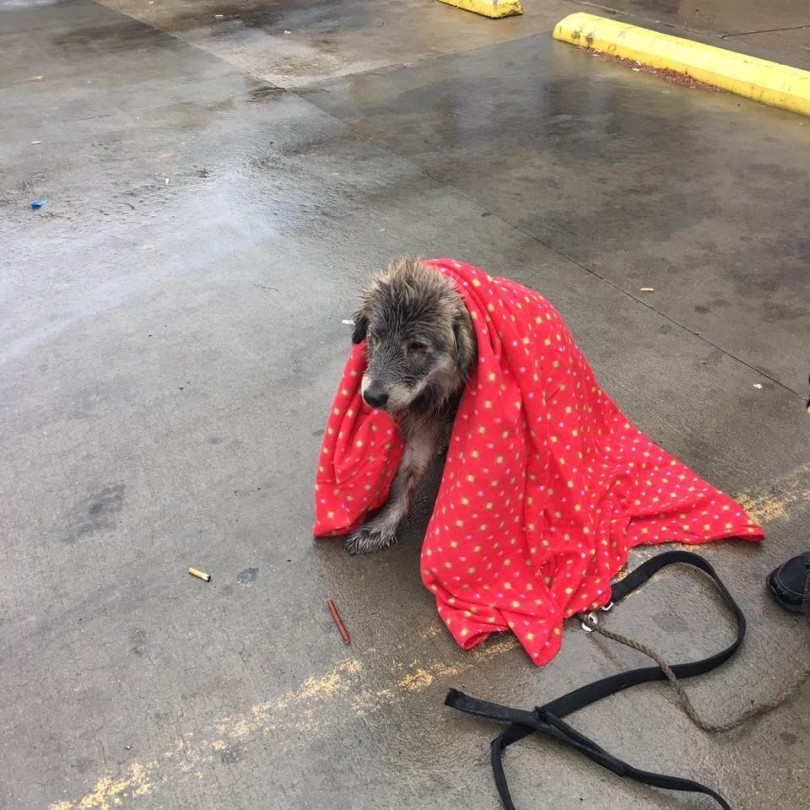 The dog didn’t spend much time in the shelter. Kind people soon found out about it. After a while, it was adopted. Now it has a forever home. It gets all the love and care it deserves.