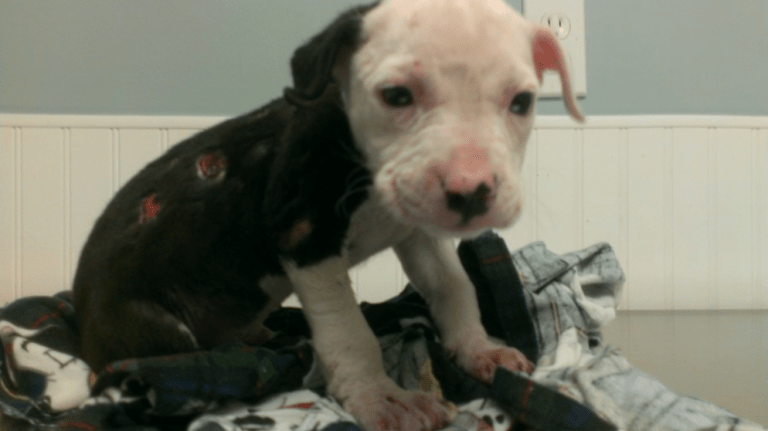 Often there are a variety of unforeseen situations with pets. So the unexpected happened in this story. A dog named Jake was carried out by firefighters from a burning house. He suffered a lot and the owners immediately sent him to the veterinary clinic. But because of his severe injuries, they decided to leave him, right in the clinic. They don’t need such a pet anymore.

The puppy was still very small (about 2-3 weeks old). In a short time in a new family, he has not yet gotten used to the owners, but this act can be considered truly inhuman. People wrote a refusal, and the puppy was left in the clinic all alone and half-burned. 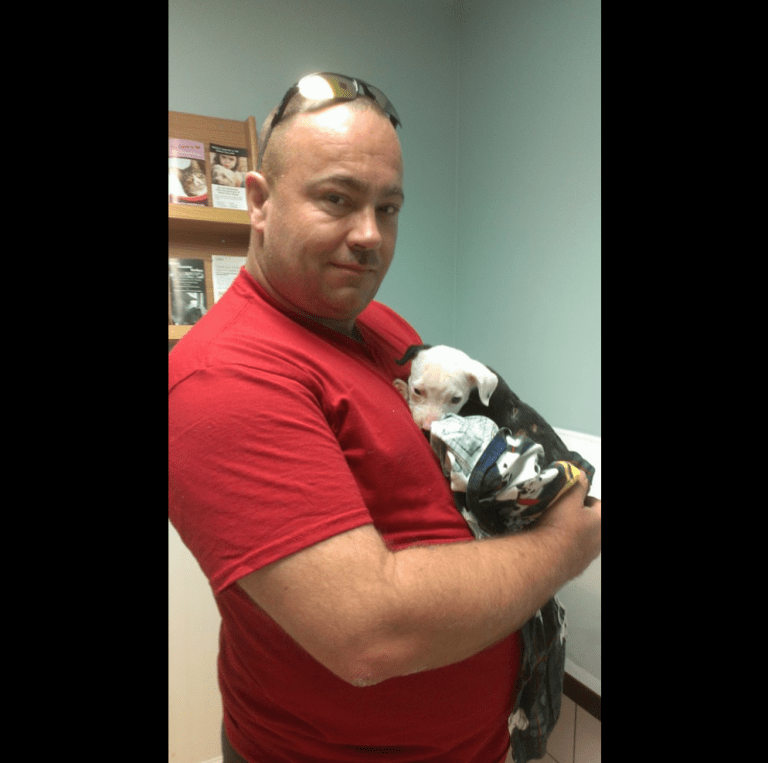 Veterinarians did everything they needed to save the baby. The therapy lasted several weeks and helped the puppy recover. He was getting better every day, but the scars didn’t go away. Looking at them, one could imagine what a nightmare he had to go through. 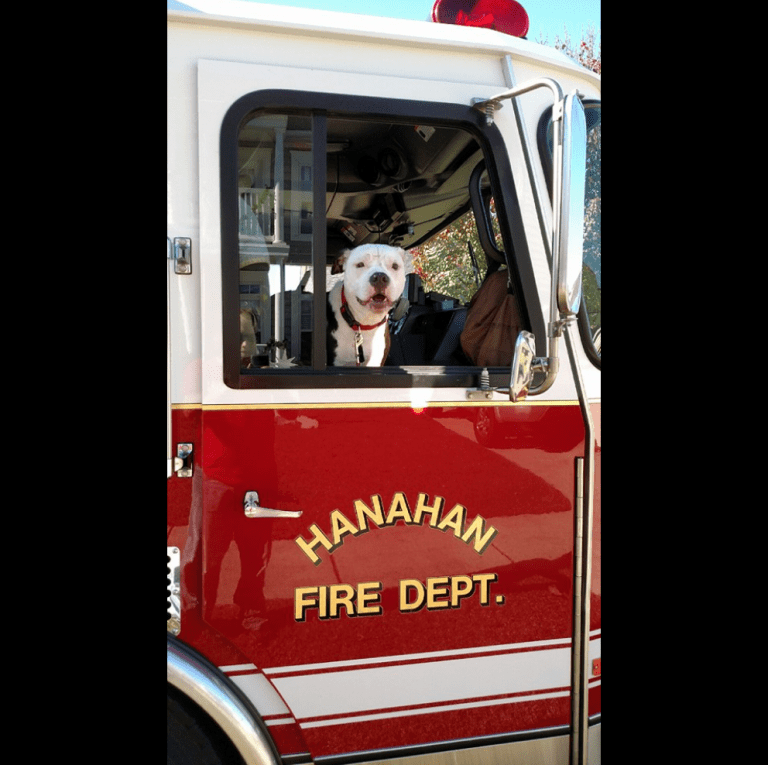 The fireman who saved the puppy did not stay away. He could not understand for a long time what the feeling was that the owners had, that they had decided to abandon him. The man decided to take Jake to his home. They quickly found common ground and became friends. He never once regretted saving a good friend and a good dog that day. 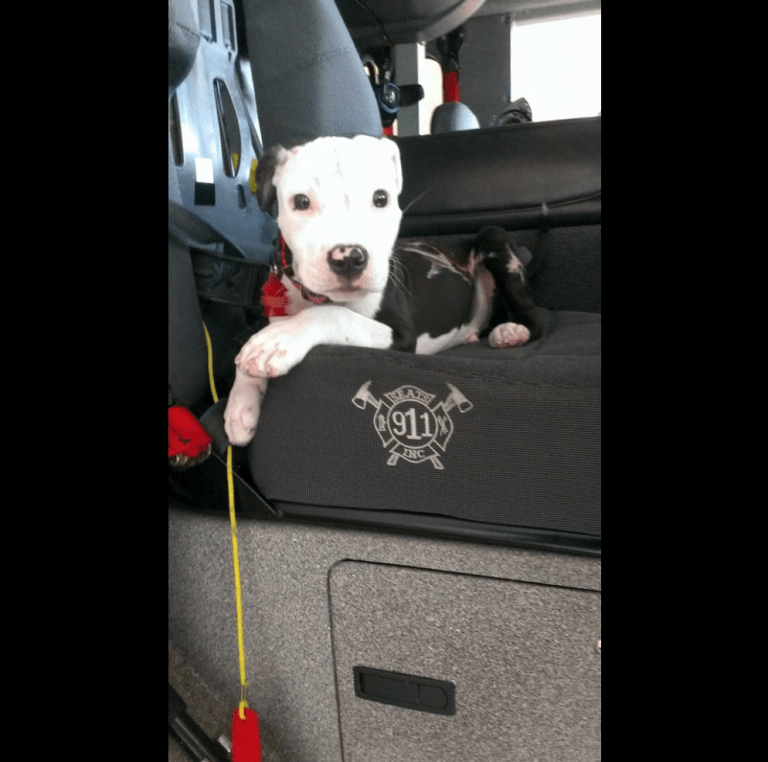 A few years later, the puppy became an adult and strong dog. He became appreciably confident and handsome, having grown in love with his new owner. The man started taking him to work. Jake quickly won the hearts of all the firefighters. His kindness and loyalty were great for everyone. 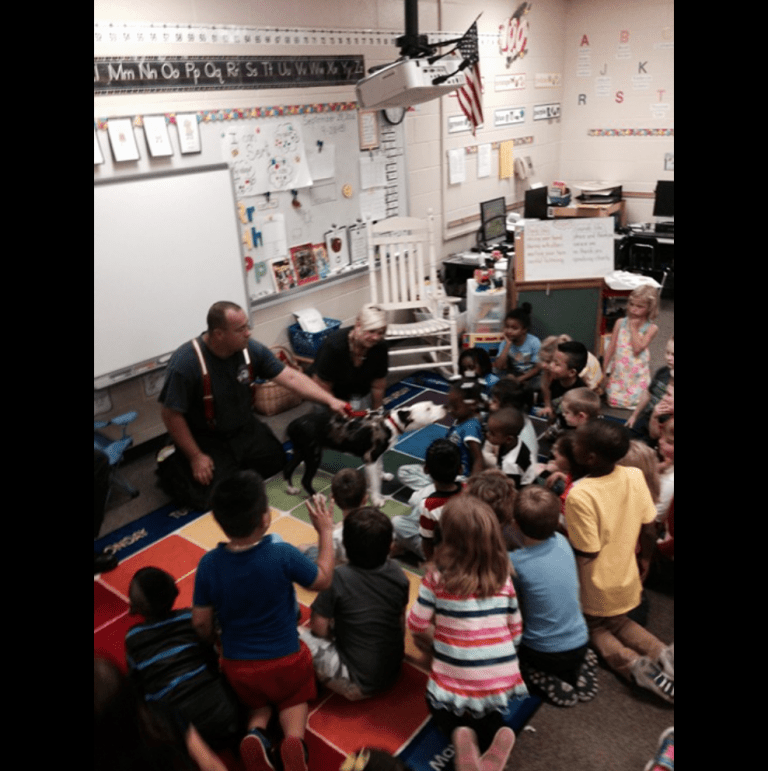 Saving people’s lives, the firefighters decided that dog was their real mascot. It was not long before Jake was officially declared a firefighter dog. He even had to take an oath in front of people and firefighters. His loud barking meant only one thing – he was willing to give his life for anyone who needed help.

That’s how the fate of an abandoned puppy turned out, who grew up and became a real firefighter. At the moment, Jake is preparing to become a therapy dog.