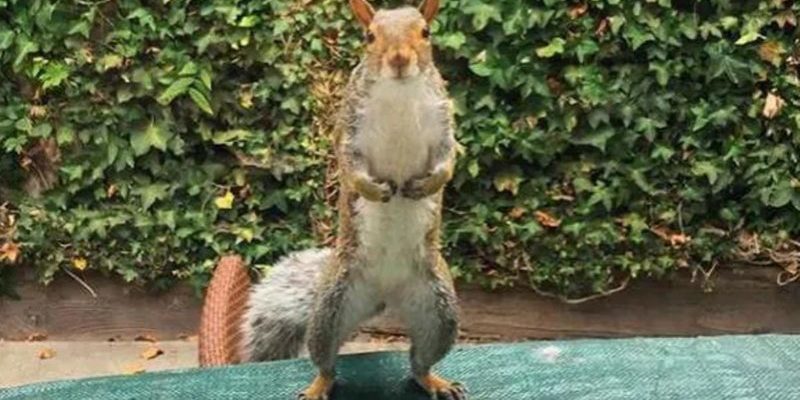 Budgie Lou, Michelle Burleson’s dog, passed away at the age of 13 – quite a respectable age for a dog. Michelle suffered the loss of her faithful friend with great difficulty because the dog was a real friend to her throughout her life together.

And the woman thought that the pain of loss would never go away. However, a surprise was waiting for her, which she did not expect – she heard someone scratching at the front door in the early morning. 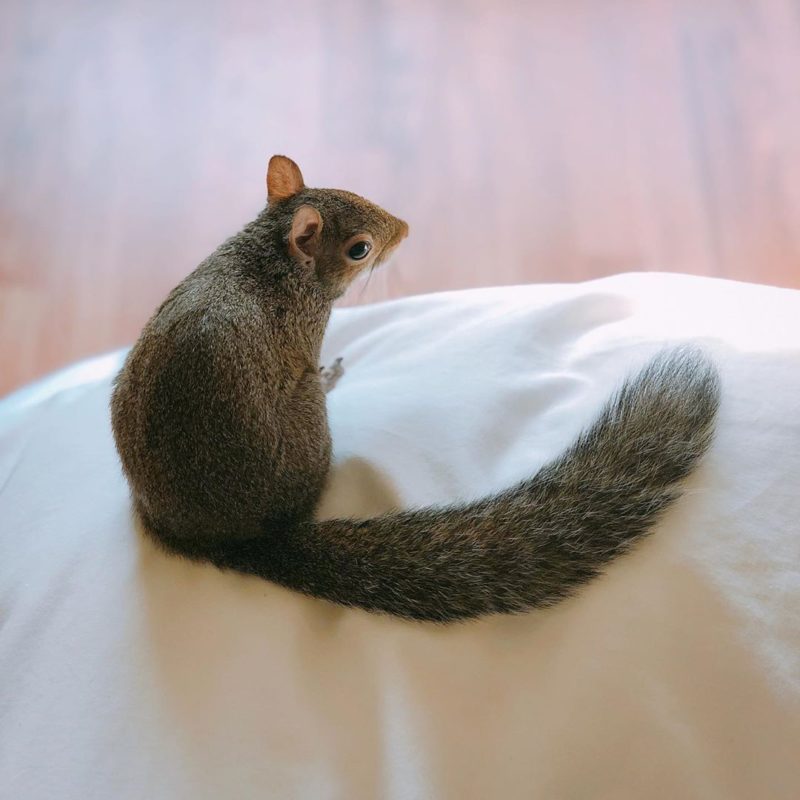 And when she opened it, she saw a thin, exhausted squirrel.

The animal clearly needed help, and Michelle brought him a handful of nuts, and the squirrel ate them and ran away. Michelle decided that the squirrel would never come back, so she closed the door, but she was wrong – the afternoon guest came back tonight! 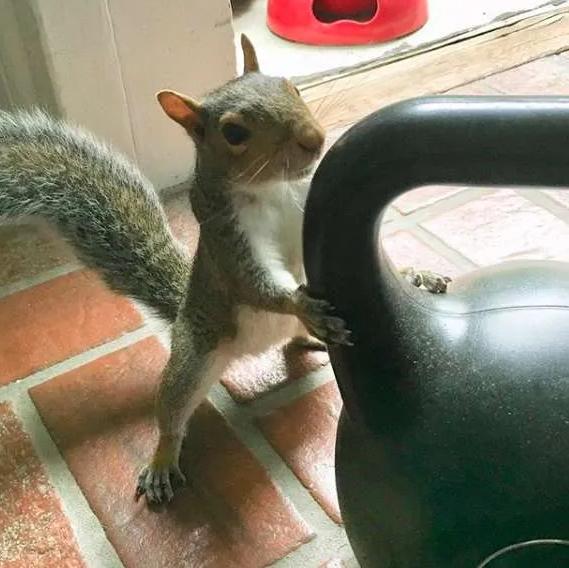 So, day after day, both the squirrel and the woman began to get used to each other. And a month later, Michelle found herself thinking, first, that these visits had distracted her from the grief of a lost dog, and second, that the squirrel was looking much better.

And Michelle started to worry herself if, for some reason, the animal was delayed. 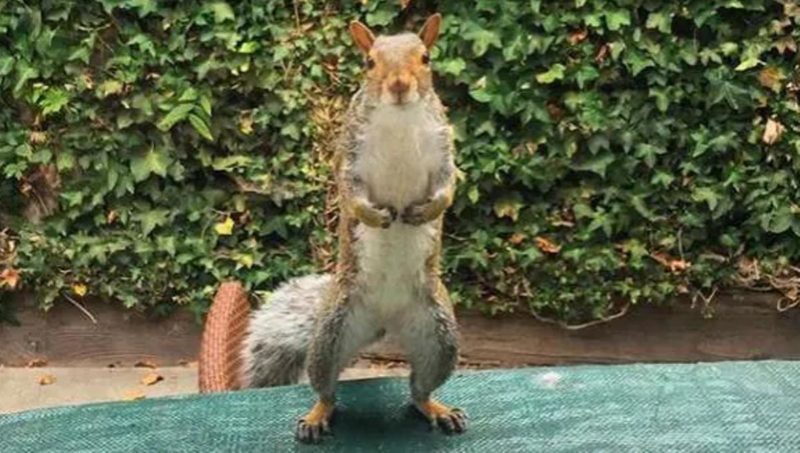 The squirrel finally believed in the human. She got a name – Stymie, quietly took the nuts out of her hand, began to let her pet, and even started sleeping on Michelle’s lap while she was sitting on the sofa.

Stymie prompted the woman to start her own coffee company called Budgie Lou Brew Coffee & Co. And part of the proceeds she sent to the budgets of animal shelters and rescue services for elderly dogs.

True, for this, to raise funds, she had to sell her own house.