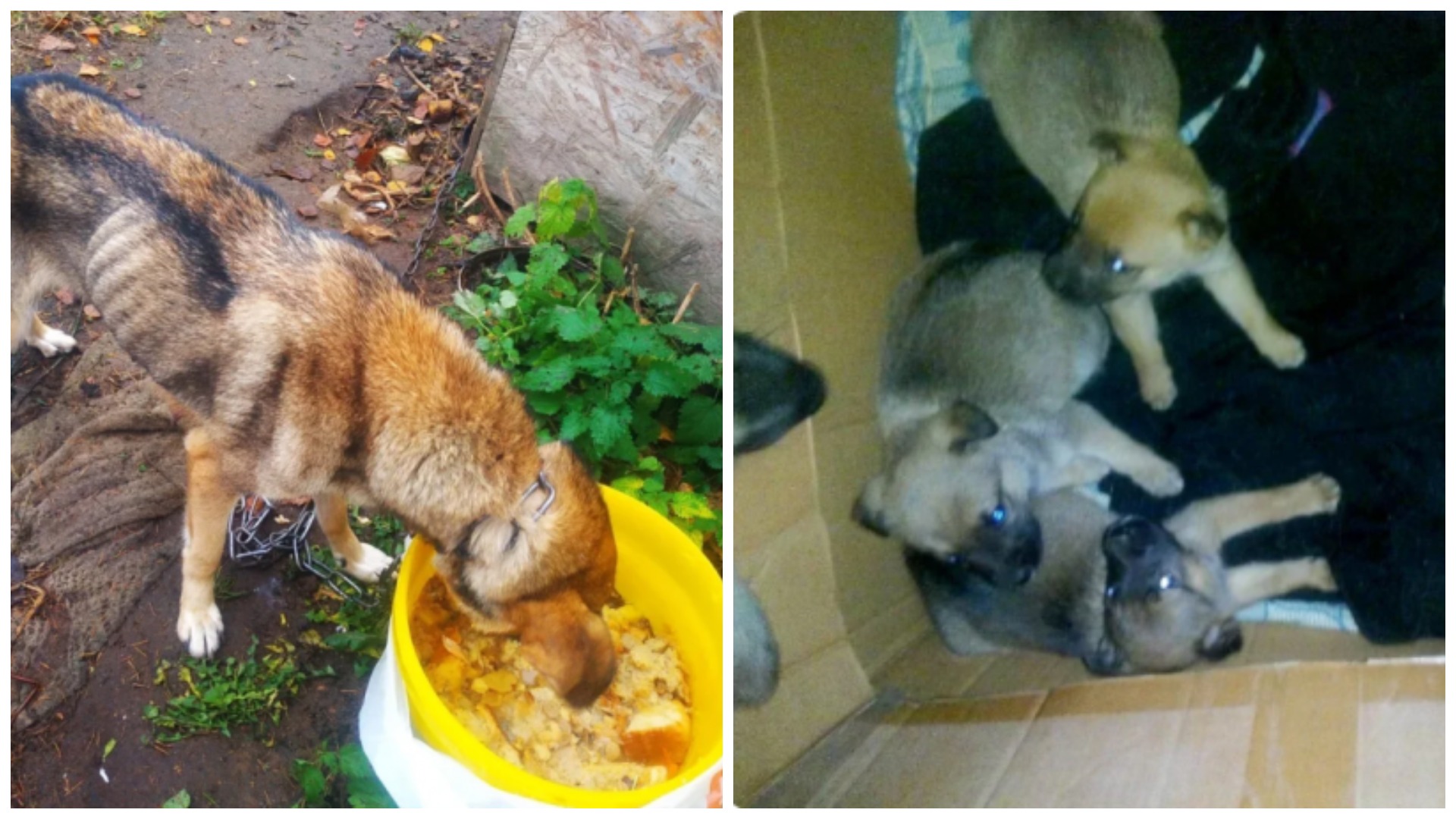 We became aware of the Bead in the spring. This happens – the dog is chained in the booth, and the owners have forgotten about it. Neighbors sometimes feed, pour water into a bowl, not letting an animal die of hunger and thirst, which simply physically cannot get food for itself.

The dog had owners, but they often drank alcoholic beverages, so they did not remember about Bead on the chain. 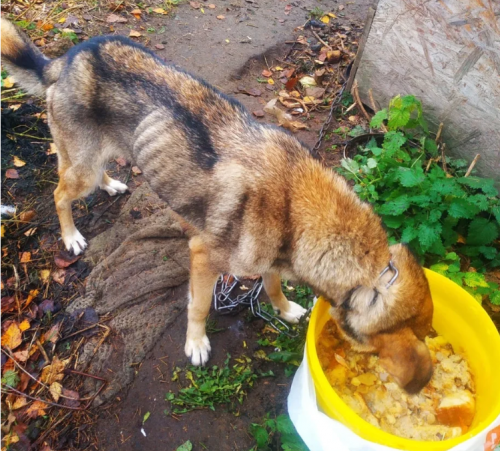 The exhausted Bead was not alone, but with offspring. Four babies crawled over their thin mother.

The volunteers, having learned about the dog, immediately went to rescue her. One kind girl offered to take the animals for temporary care in time. 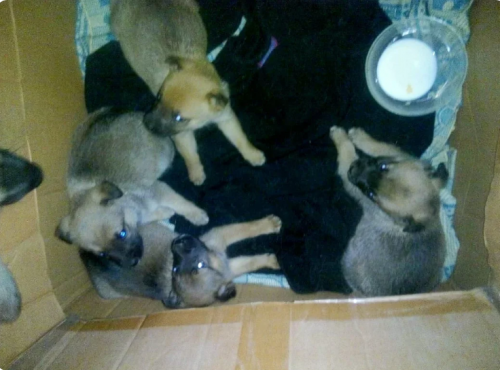 They began to look for owners for the puppies and restore the health of Bead.

Families were found for all the puppies, fortunately, there were only four of them. And Bead was sent to a shelter after she recovered. 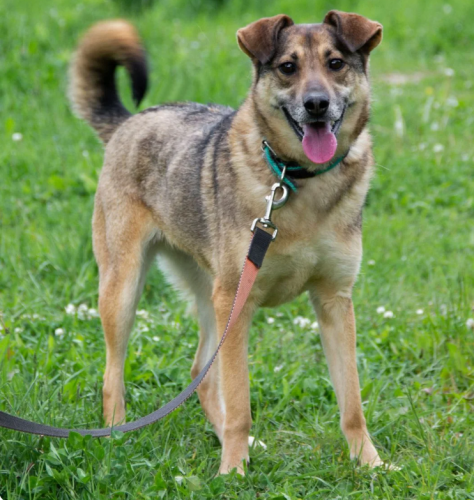 She is the smallest in our shelter. The cruelty of people did not make the dog angry, she is friendly to people and loves to walk and sweets.