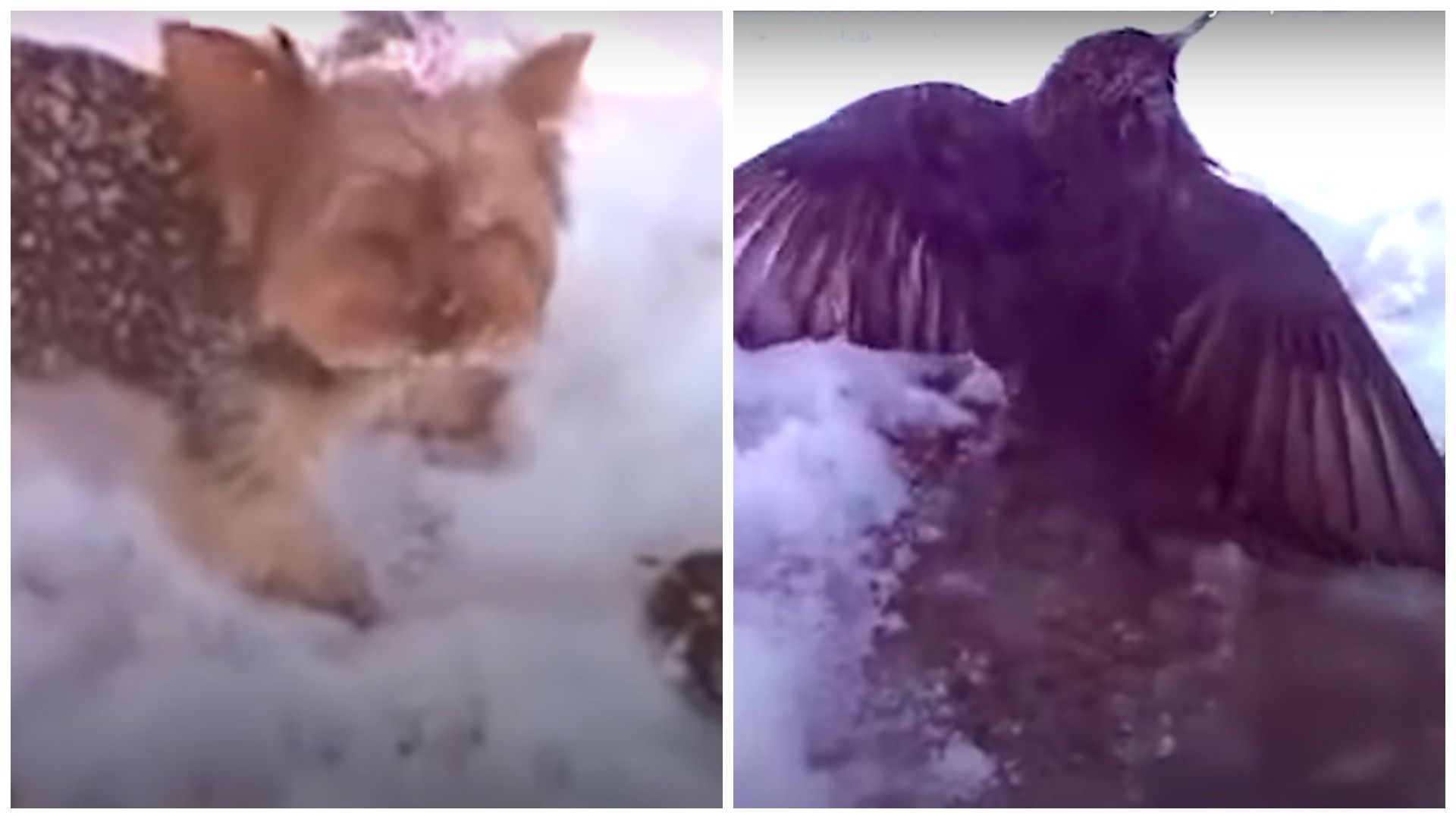 They say cats have nine lives, but in this case, it’s a bird that is getting a second chance after being found frozen in the snow. Lily, an adorable pooch, found the bird in her backyard.

Lilly’s owner, Crystal Kelley, noticed the pup sniffing around the frozen creature and quickly pulled Lily away, then went to work saving the bird.

She scooped him up with a towel and carried him in a bowl over to her porch, where she was able to plug in a hairdryer and heat the little bird up slowly.

She said it took about two hours, but eventually, the bird showed signs of life again.

Eventually, he found enough energy to scamper away and take to the skies again! It gives new meaning to the term heartwarming.