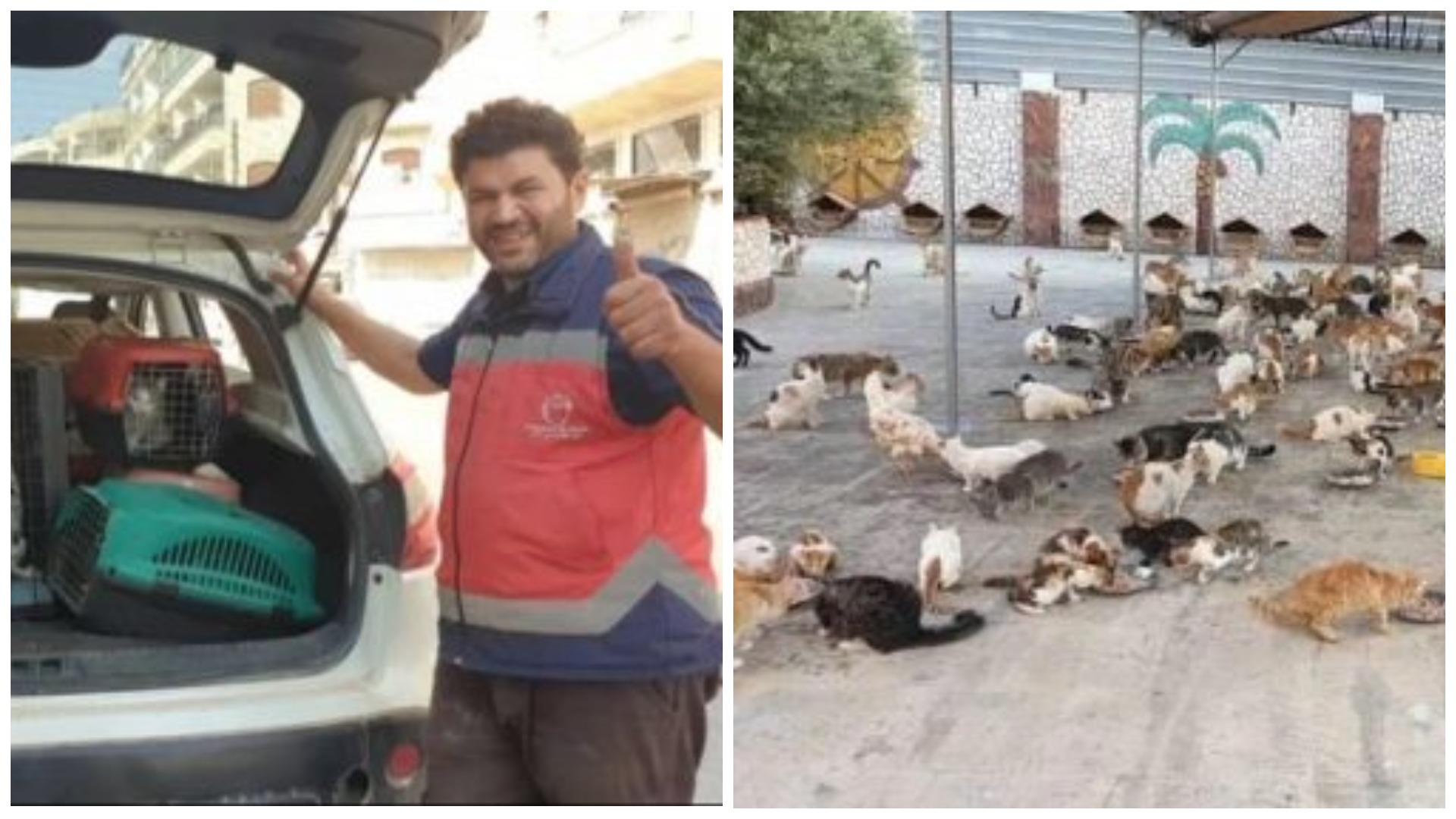 The desire to help others, even if it poses a danger to oneself, makes people real heroes, even if their efforts are not appreciated by any medals or awards. Mohammed Ala Aljali is one of those heroes. The man lives in Syria and during the shelling of Aleppo he not only did not hide but tried to help those who were utterly powerless before the military action. 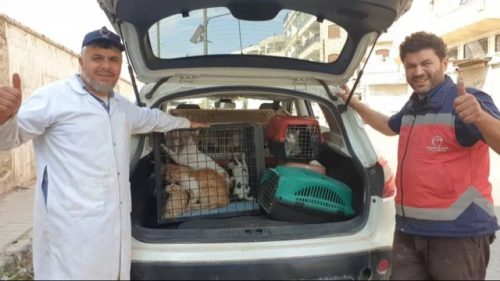 In the city, which is being shelled daily, Mohamed tried to help the animals. While the military and terrorists were fighting for power on the city streets, destroying entire neighborhoods, the man drove around Aleppo and under a hail of shells collected cats in his car that were on the street, then to take them to a safer place. Most of those he helped are cats who used to have owners but running away from war and destruction, people could not take the animals with them. 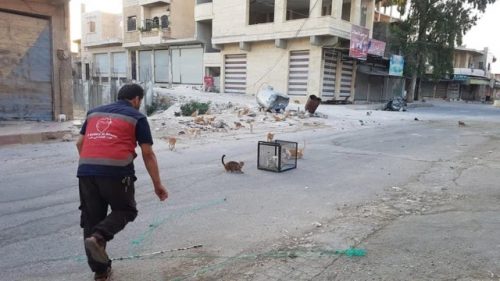 Mohammed delivered the animals rescued from the street to a safe place, where a kind of animal shelter was organized. Several volunteers helped take care of the fuzzies, fed them, and gave them water. The cats lived in small enclosures because the volunteers were afraid that the frightened animals might just run away and find themselves on the war-torn streets again. The animals were never left alone – one of the volunteers was always on duty on the territory, who not only fed the cats but also had to let them out of their cages if the shelling reached their shelter.

The help that Mohammed provided to the animals touched many netizens. People started sending money to the man, with which he bought food and medicines for his pets. 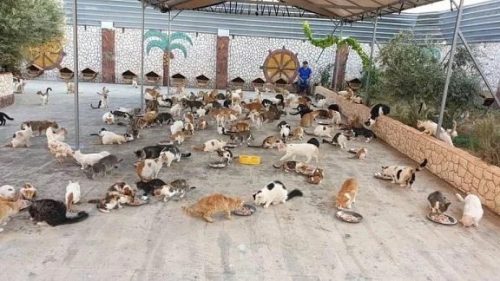 When the fighting ended, more than 80 fuzzies lived in the shelter. How the life of Mohammed and his charges turned out after that. How the military tension subsided is unknown. Residents of Aleppo are still suffering from the consequences of the fighting, but gradually life in the city turns into a peaceful course and I want to believe that many animals have found their former families or new owners.

Mohammed did not stop his search for cats in the streets even during the most intense shelling, but no bullet or projectile hit the man and his car. I want to believe that this is how fate thanked him for his good deed and that it will continue to favor him.