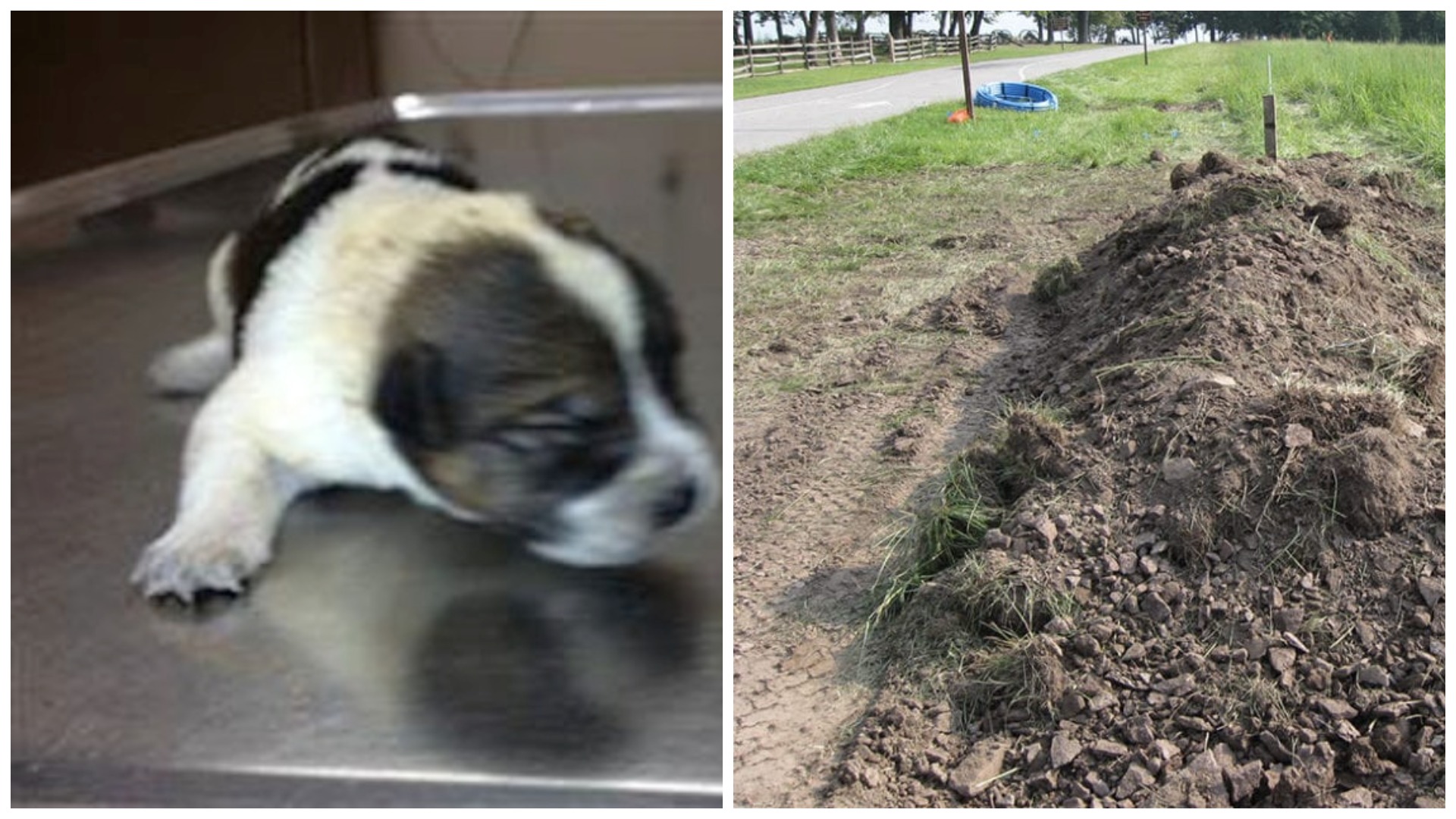 This story is a heartwarming reminder that modern-day heroes are real. Williston Florida police responded to a call about cries that were coming from a section of brush. When they arrived on the scene and got closer, they realized the cries were actually coming from beneath a large dirt mound. Something was buried beneath!

They got on their hands and knees to dig out the crying creature. They were overwhelmed to find that it was a tiny innocent puppy! They had gotten there in time to save its life!

The puppy was buried six inches down, shallow enough to reach him but with all that dirt on such a tiny body, it was only a matter of time before he could no longer breathe. Thank god for these heroes who were there just in time to save its life. They retrieved the little guy and brought him immediately to the vet. They were shocked when they were told that he was merely 7 days old. What a miracle of life!

The tiny puppy couldn’t even open his eyes. The veterinary staff named him ‘Tucker’. While they were angry at the way he was treated, they were relieved that he was now in good hands.

Despite all he had been through, Tucker appeared healthy. He took to the bottle right away. One of the vet techs fell in love with Tucker and decided she would adopt him.

While there is no news on whether the person responsible for this disgusting act was caught and prosecuted, this story still has a happy ending. Tucker was saved in time and is now living a beautiful life with a family who will always cherish and love him.