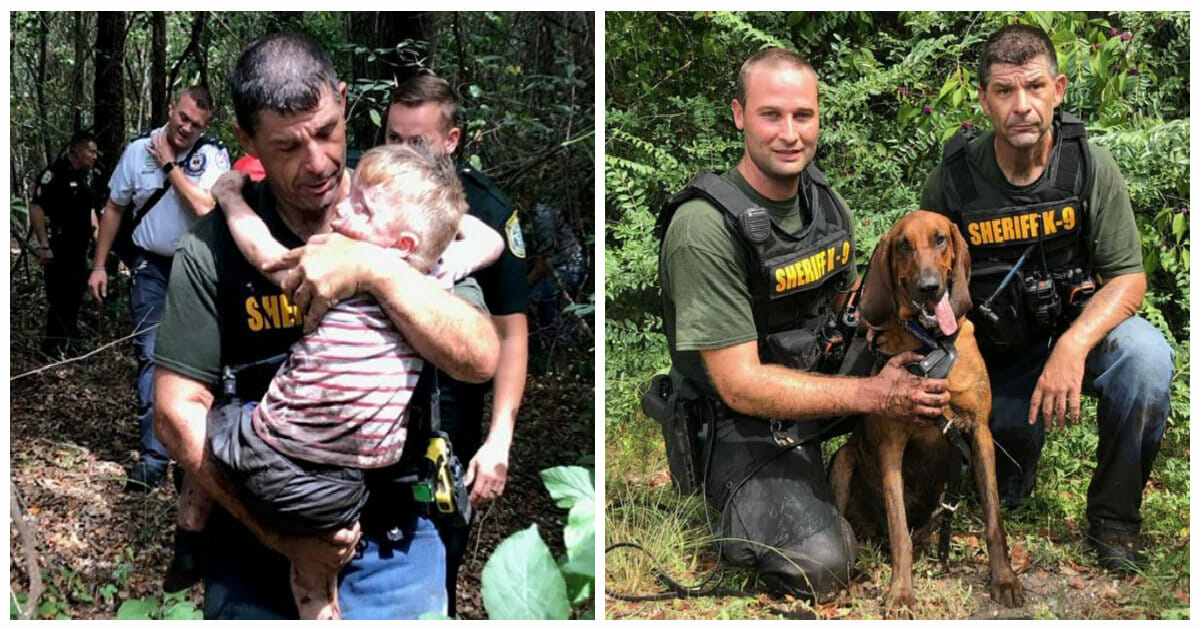 Dogs are amazing creatures. Not only are they great pets, but their natural instincts can make them an invaluable part of emergency services like police and fire departments. One recent story shows the important role K-9 officers play in their communities: when a special needs little boy went missing, the dogs wasted no time in tracking him down.

On September 15, deputies from the Santa Rosa County Sheriff’s Office received an emergency call that’s every parent’s worst nightmare: a three-year-old boy named Aedric Hughs, who has special needs got out of the house and wandered into the wooded area near the home.

The boy’s mother, Audra Hugh, was horrified when she got the news: “That’s the most terrifying words a mother can get over the phone: ‘Your child is missing, get home now,’” she said.

The officers searched the muddy area, but unfortunately could not find any trace of the child But the officers then got some help: a team of K-9 bloodhounds arrived on the scene.

Bloodhounds have a great sense of smell and tracking instincts and have been used for finding people for centuries.

The dogs got to work and led the way, leading their handlers 200 yards into the woods. In just 28 minutes, the bloodhounds found Aedric huddled beneath some brush.

The officers brought the little boy to EMS, but luckily he was unharmed other than some scratches and bug bites, the department reported. 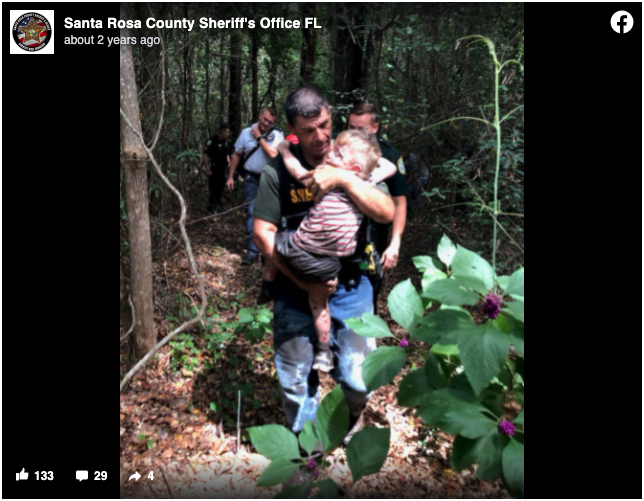 But it’s easy to imagine how things could’ve gone worse. In any missing person’s case, it’s vital to find the person as soon as possible, especially when it’s a child or someone with special needs.

It’s a miracle the department had the bloodhounds on their team. Santa Rosa County just introduced them to the department last year, and needless to say, it was worth it: according to the Facebook post, the dogs have found nine individuals, including senior citizens, criminals, and children.

“That’s what we’ve been training them for,” Sheriff Johnson, who implemented the bloodhounds, said at a press conference. “It paid off in dividends.”

“All they do is track people, and they are really, really good at it.” 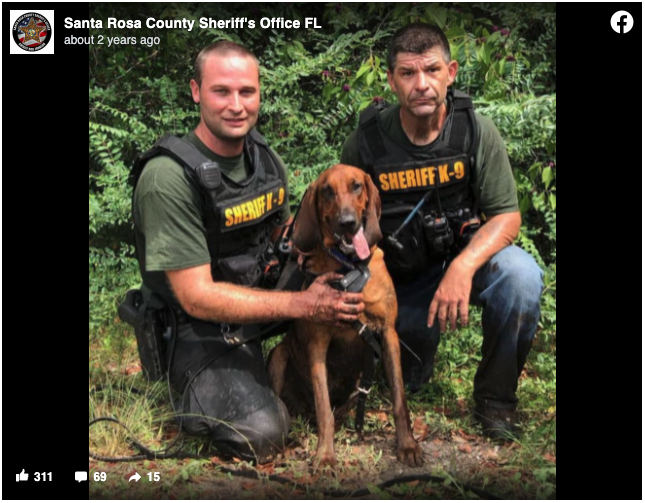 Aedric and his mother appeared at a press conference with the officers and the K-9 heroes. The dogs seemed happy to see him again, and the officers gifted the boy a giant stuffed police dog.

Of course, the mother was just grateful to have her son back safe and sound.

“I’m very grateful to the team,” Audra said. “Words can’t express the excitement, the gratitude that I have.”

It’s a miraculous story that shows the invaluable service that K9 officers provide in emergency rescues.