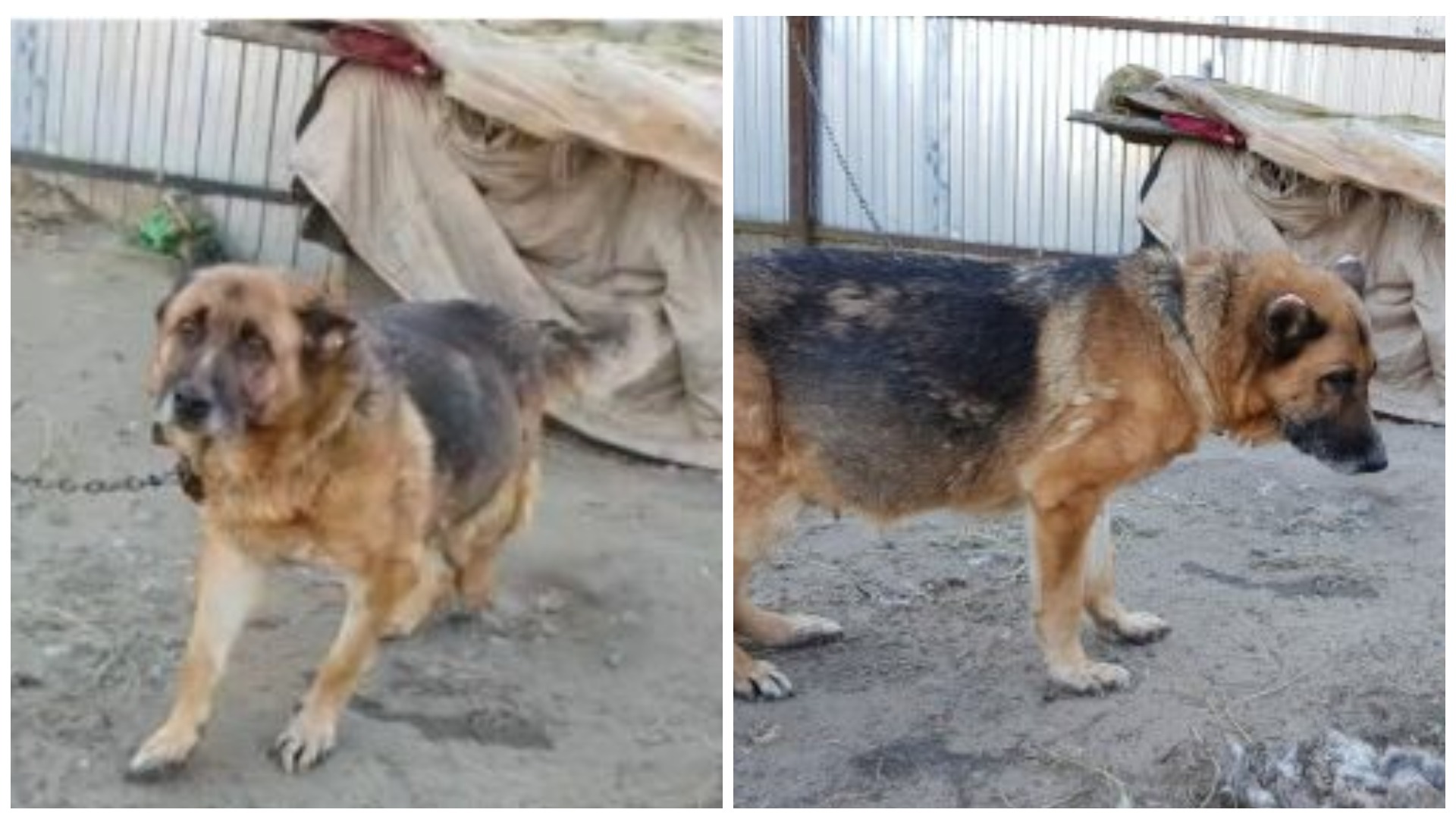 A post appeared on the social network that did not leave anyone indifferent, but only in words. It was about an old sick German Shepherd named Gerda. As we found out later, the owners did not feed the dog and did not treat her. Despite the serious condition of the shepherd, they did not let her into the house even for five minutes to warm up, although she got sick precisely because of the cold and constant sitting on a chain. It didn’t matter to these people that the animal had been guarding their home for 14 years and was loyal. They just decided to « write her off » and get a new dog.

One local resident found out about this and began to come to the shepherd to help somehow, but there was no result without professional medical care.

When Gerda finally got to the veterinary clinic, the veterinarians were shocked by her appearance, because even homeless animals look better. The state of the dog’s health was such that it was not clear how she was still alive. Gerda didn’t go to the toilet. She just couldn’t.

After the vet clinic, the woman returned Gerda back to the owners and thought to take her to her yard, but this was wrong since treatment in such conditions would not give anything.

The volunteers began to think about saving the unfortunate dog and first went to get to know her. In the yard, they saw a dilapidated box made of wooden boards, which turned out to be Gerda’s booth. There was no water or food nearby. The poor dog was on a chain, she moved very hard and looked at the guests with such an unhappy look that it was very difficult to restrain emotions. The animal immediately made contact and it was clear that she hoped for help. 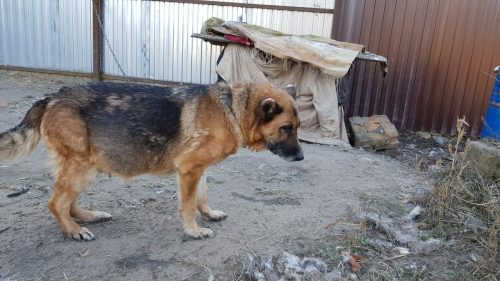 The owners of the shepherd behaved as if it did not concern them at all. And when the volunteers asked the owners to let Gerda warm up in a warm corridor while she was undergoing treatment, they were indignant: « If you need, then take her to yourself and take care of her. We won’t let her in the house. We don’t need it. There’s no use in it. » 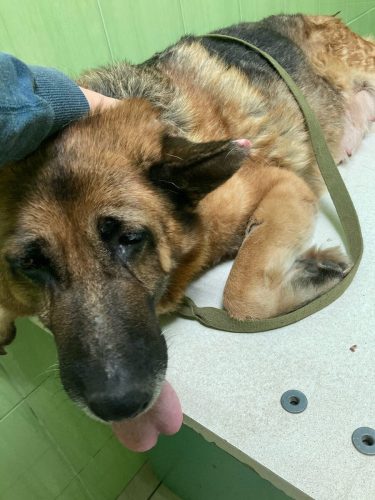 The volunteers felt powerless in the current situation since there is no one to take care of a sick and old dog, there are no funds, curators, too. Then they called me, and I couldn’t refuse. I was very sorry for the old Gerda. After all, no one deserves this in old age.