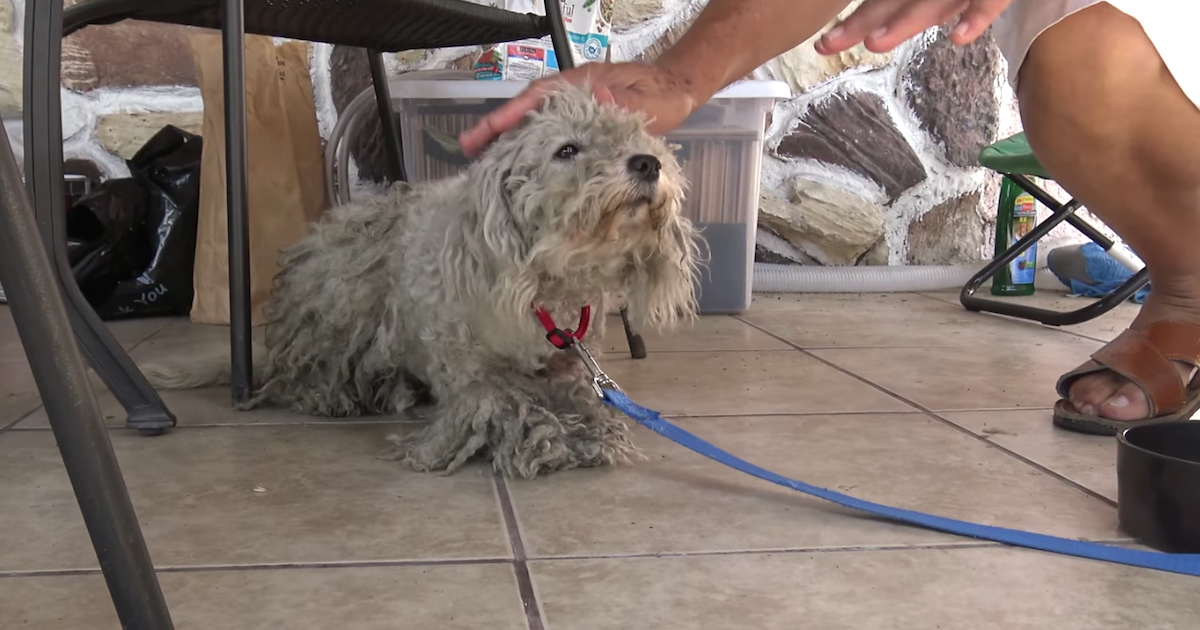 You’ve probably heard the saying « Trash for one person is a treasure for another. » Well, it couldn’t be more true than in the story below.

The little dog was left abandoned when her family moved, but she became someone else’s princess. And all this thanks to a kind neighbor and Hope For Paws!

Hope For Paws received word of an abandoned dog in need and set out. The neighbor of the family who moved away and left the dog to fend for herself was able to catch the nervous pooch and tie her to the porch keeping her from running away. He gave her food and water, but she wouldn’t let him touch her.

But today everything will change. The dog finally surrendered to the man and the rescuers, as if she knew that her day had come. They took Kona back to the hospital to take a bath and get tested.

Kono was exhausted after everything she had to go through, and she just lay there quietly while she was getting her hair cut. That was just the beginning of her transformation into a princess. The next step was forever home.

And it didn’t take long! All clean and healthy, but still a little shy, Kona was adopted only a few weeks later. She’s in a perfect family that will never even think about leaving her behind!