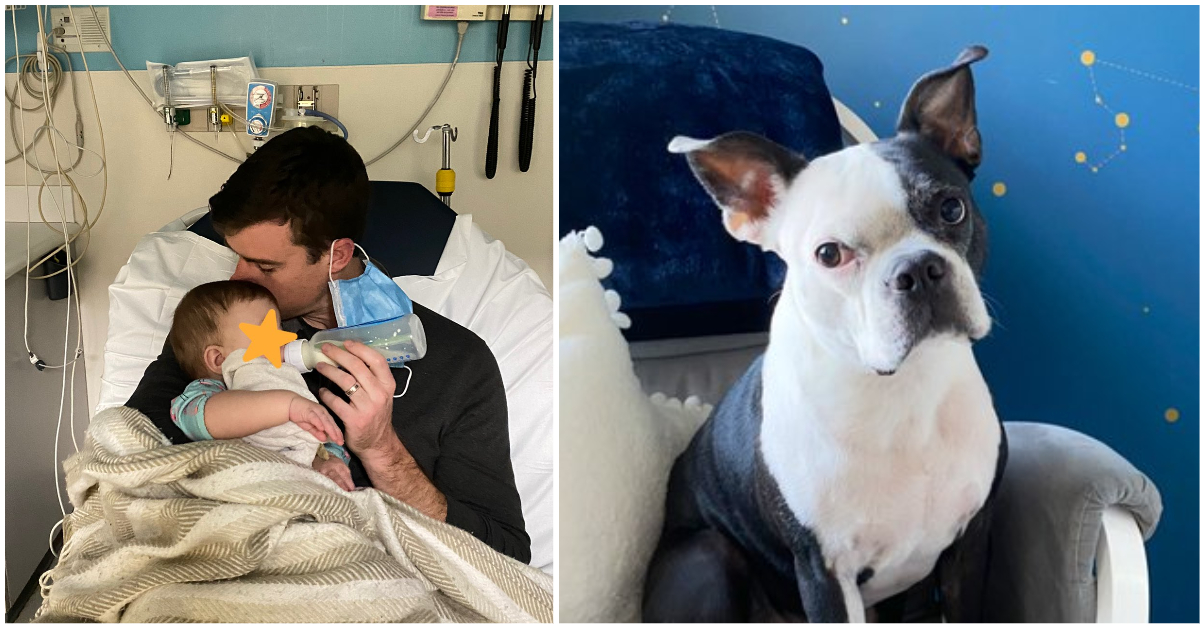 Having a dog around the house is always a blessing: not only are they loving and loyal companions, but they can even save your life. We’ve seen stories of dogs stepping up to protect their owners or alert them of danger.

Now, one woman is calling her dog a hero after he helped save her baby’s life, alerting the parents in time after the child stopped breathing.

Kelly Andrew, from Boston, Massachusetts, is the owner of a Boston terrier named Henry. Recently, the dog started acting up in the middle of the night, and kept breaking into their nursery and waking Kelly’s baby.

Kelly says she became “fed up” with her dog’s behavior, especially since the baby had been sick.

But then, she noticed her baby wasn’t breathing.

Her daughter was rushed to the hospital — and Kelly realized that Henry wasn’t causing a disturbance, but was trying to save the baby’s life.

Somehow, the dog instinctively knew something was wrong. By keeping the baby awake, and helping to alert the parents, Henry likely saved the child’s life, allowing her to get medical help before it was too late.

“I don’t know what would have happened if he hadn’t woken her,” Kelly wrote on Twitter. “We don’t deserve dogs.” The baby spent the night at the hospital and is now “doing much better,” according to the mom.

Kelly also says that her heroic dog Henry “bravely held the fort all night even though he is scared of the dark.” She also thanked the ER department Connecticut Children’s Hospital for being “literal heroes” and helping her daughter.