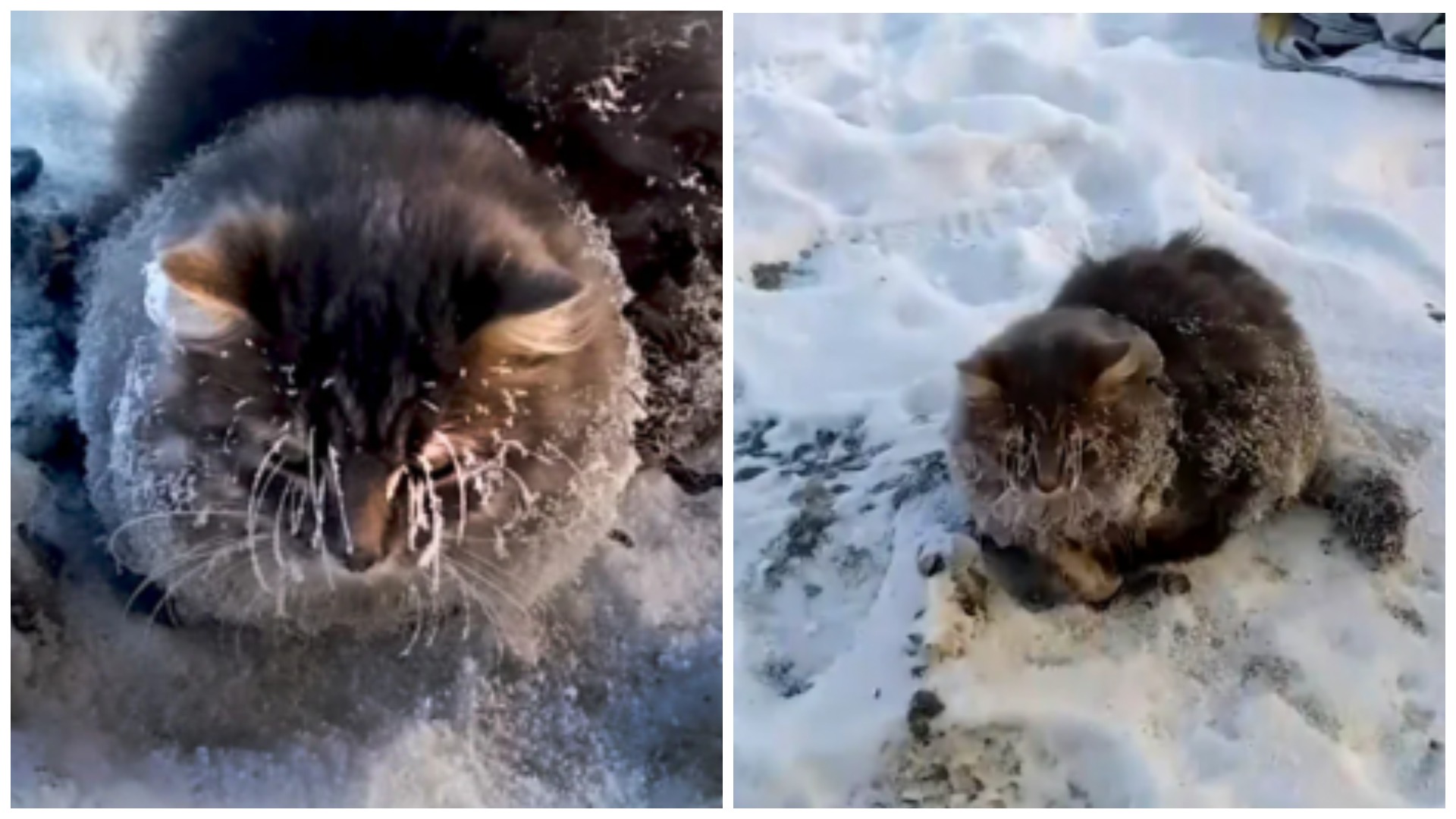 In winter, a resident of the city of Zlatoust, in the Chelyabinsk region, found a kitten frozen in the ice with his paws in the yard of the man’s house. The day before there was a thaw, but the next morning the air temperature dropped to -35 degrees. Sergey, that was the man’s name, assumed that the animal was hiding under the car, and subsequently fell into an ice trap. 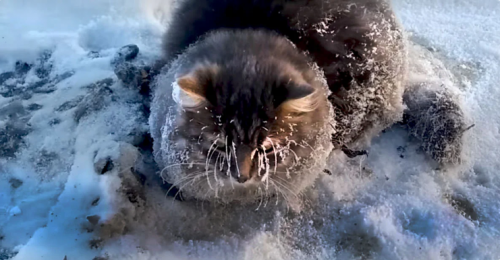 Immediately, the man contacted the local veterinarian for a consultation. The doctor gave the advice to pour warm water over the frozen limbs of the animal. Only after 12 buckets, it was possible to free the cat from captivity. 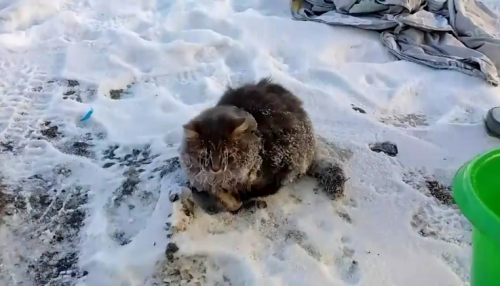 Then he was brought into the house, dried, and laid on the battery to warm up the foundling.

After a while, a veterinarian arrived to determine if the animal had serious injuries to his limbs. Fortunately, he didn’t get frostbite. According to the specialist, the cat was no more than 8-9 months old. And he turned out to be a Siberian breed. But Sergey did not have the opportunity to keep the cat forever. 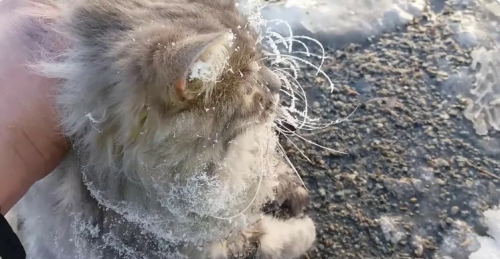 Therefore, he decided to find a new family for the animal he saved. He posted an ad on his social media page and, in addition, shot a video about the rescue of the cat and posted it on YouTube.

The video has gained popularity among Internet users. And a couple of days later, a girl contacted Sergey who wanted to pick up the cat.

Ekaterina, that’s the name of the new owner, gave the cat the nickname Semyon. The girl said that Semyon feels fine. They take care of him, they love him, and what else is needed? And he doesn’t remember his past life for a long time. 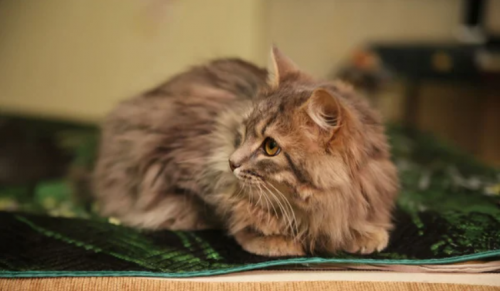 He has already begun to show his character, especially when they try to feed him with unloved food. In a word, he behaves like an ordinary beloved pet cat. 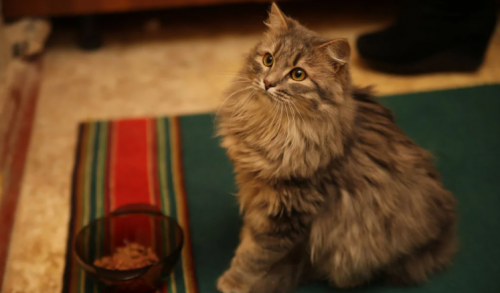 This story has a happy ending. I want to wish Semyon a long life with people who will never leave him.