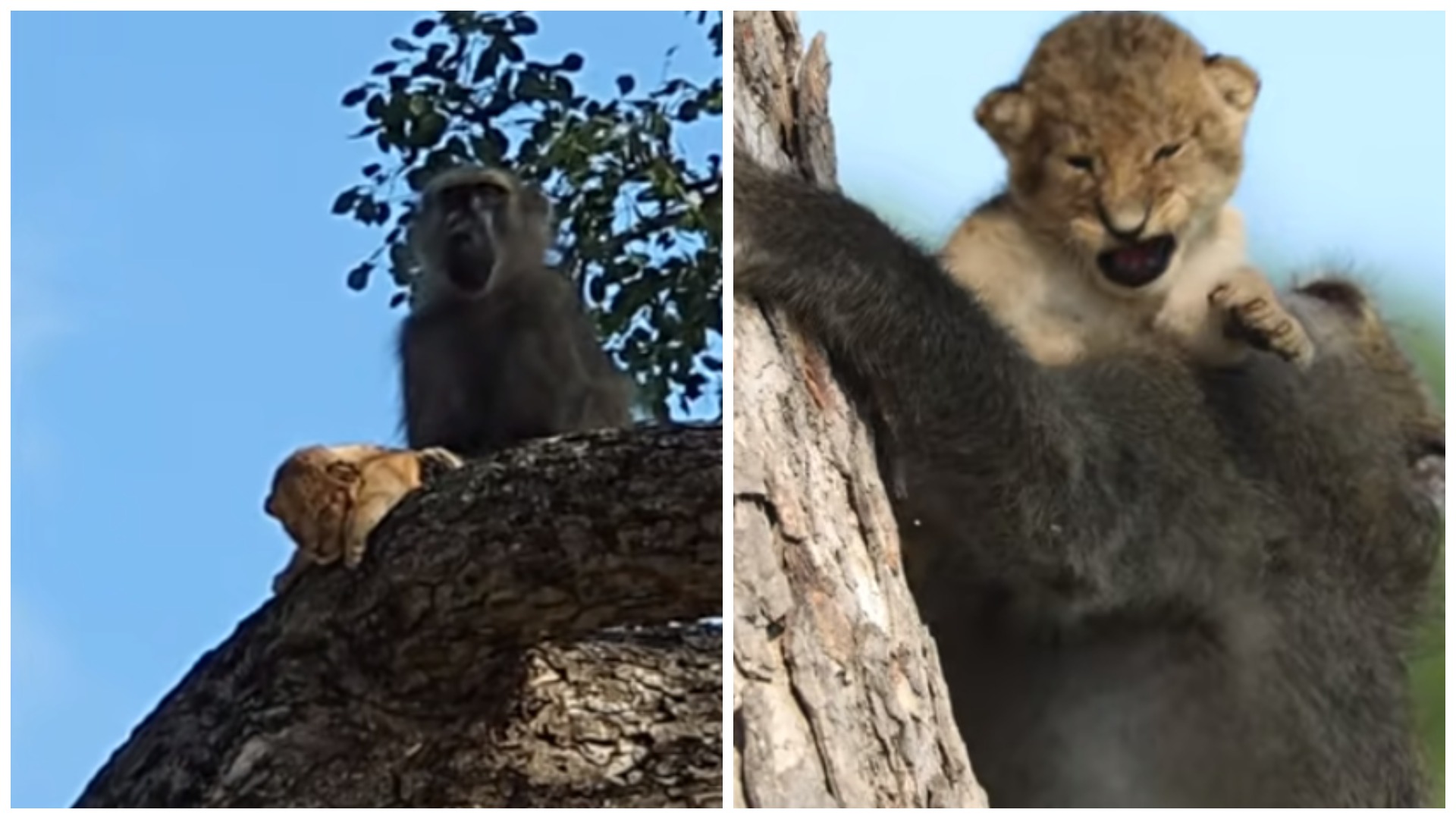 The video seems too incredible to be accurate, but that’s what the safari operator, who witnessed the incredible scene, also thought. Luckily, he caught the moment on film in time. Otherwise, no one would have believed him. 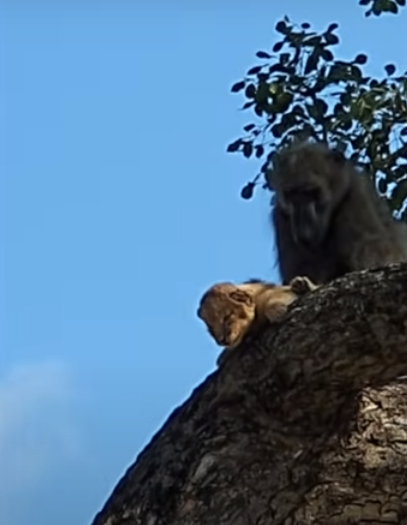 But indeed, a baboon taking care of and grooming a lion cub is hard to believe. However, it happened in South Africa’s Kruger Park.

It was early in the morning when Kurt Schultz – driving a safari vehicle full of tourists – came across a group of baboons. A ubiquitous sight for South Africa’s largest game reserve, but soon he discovered something very unusual. 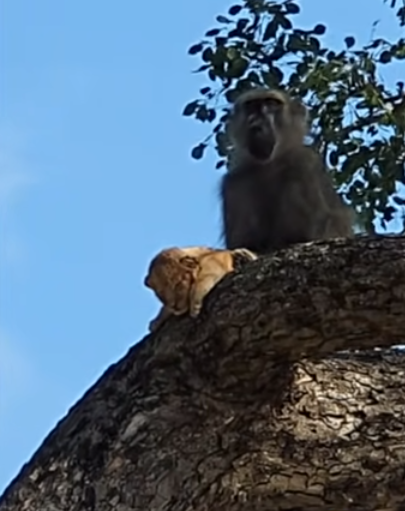 One of the baboons, holding a lion cub in his arms. The scene intrigued Schultz, who had never seen anything like this for over 20 years since he was a safari guide.

Schultz explained: “I went to a very active area with lion sightings recently and came across a group of baboons that were really excited and playful, which is normal in the early mornings. “There was another vehicle seeing baboons, and it was said that there may be a lion cub among the baboon troop.” 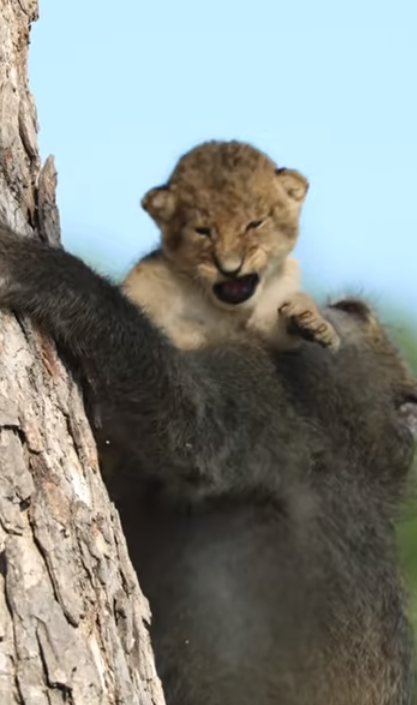 The incredible sight that appeared surprised Schultz because baboons are highly aggressive, especially with leopards or lion cubs. So the safari operator initially thought the cub was lifeless, but he quickly realized he was wrong. Even more, the baboon was carrying, acting like the cub was its own baby.

“The baboon crossed the road and climbed the marula tree…then it was grooming and caring for the lion cub as if it were a young baboon,” said Schultz. “The males groom a lot, but the care is given… was like the care a female gives to one of her young. “Everything happened so fast. I was quite nervous because I knew no one would believe me if I didn’t get the footage.”

While this scene is nothing but sweet and touching, it certainly won’t have a happy ending. It seems that the lion cub did not survive because the pride of the lion will never be able to take it back. Either way, Schultz believes what happened was “100% natural”. 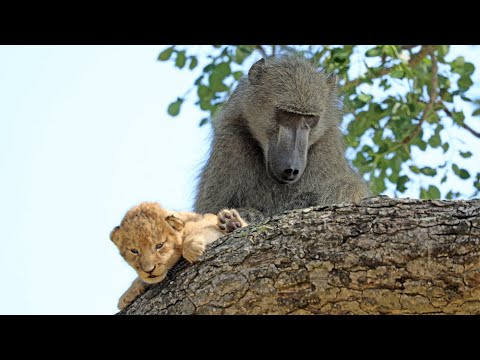 “It was nature at its best,” said Schultz. “That may seem cruel to us, but if this baboon [hunts down] a predator, he knows in two years his role will be reversed if the lion gets the chance.”