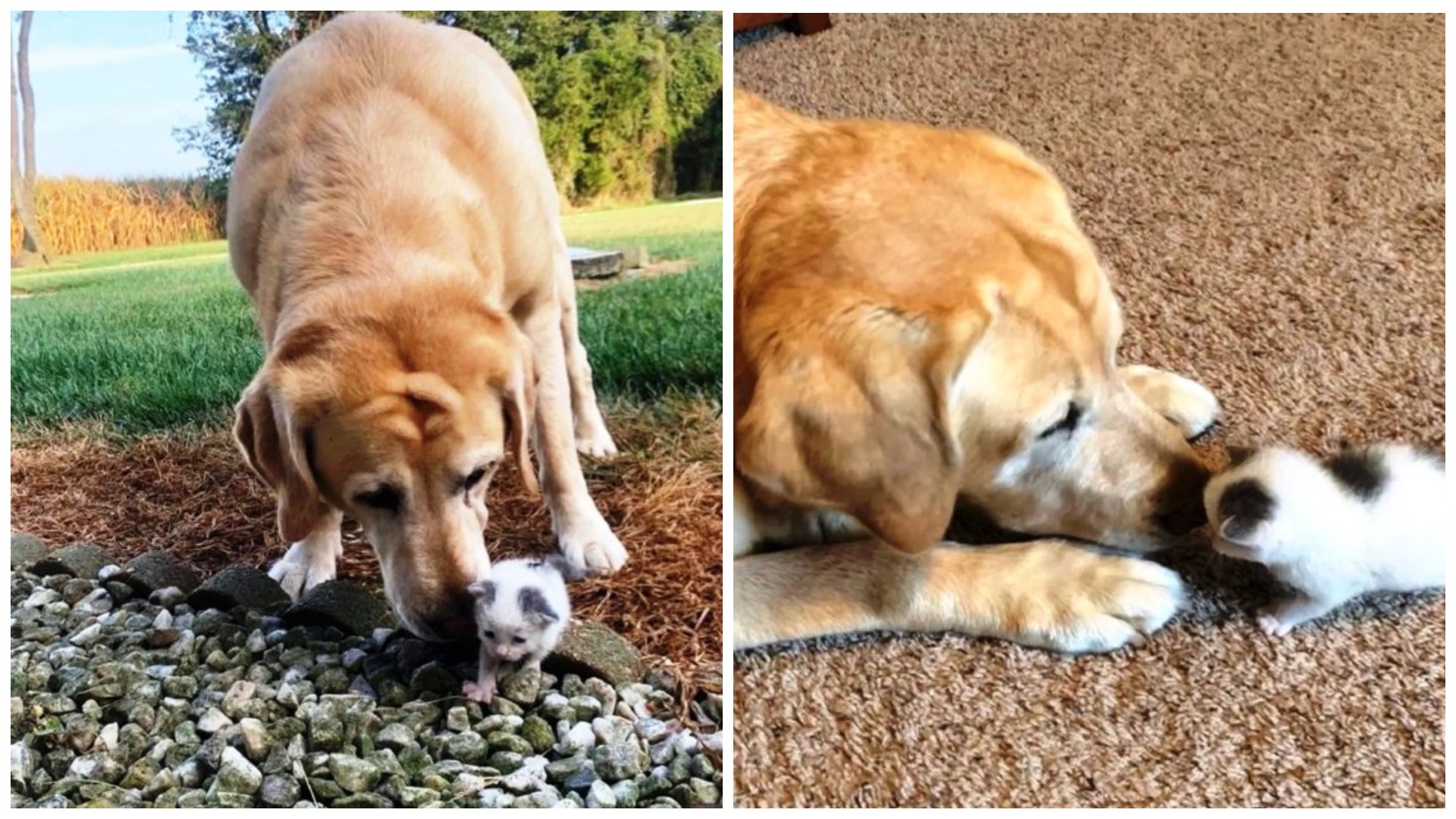 Pax (short for Paxton) is a 12-year-old dog who often watches over his mom’s vast farm alongside his 4 furry siblings. Apart from being a kind and gentle soul, Pax has always been a faithful companion to his mom, Morgan.

One day, Morgan heard some strange noises coming from her farm. She realized the cries belonged to a tiny kitten in distress.

Morgan summoned her furry family in hopes of finding the source of the cries. Soon, one of the cats found the scared kitten hiding in a little tree stump. The kitten was extremely scared of the dark, most likely because wild foxes would often frequent the area for hunting.

Morgan waited for some time as she considered the possibility of the mama cat coming for her baby. But soon, it was clear that the kitten was an orphan who was struggling to survive on her own.

The kitten was named Polly and taken indoors. Morgan gave her a warm bath to remove the fleas nesting on her body. Pax, who had been extremely anxious all this time, hurriedly came to check on Polly while she kept crying in fear.

Pax’s heart melted at the sound of Polly’s helpless squeaks. He nuzzled up to her and promised to care for her forever. Polly was so touched by the big dog’s sweet gesture that she stopped crying altogether and curled up around Pax’s warm fur!

Ever since that day, Pax and Polly have been inseparable. Like a dutiful foster daddy, Pax entertains Polly’s playful commands and makes sure she stays clean, well-fed and comfortable.  Thanks to his efforts, Polly has grown up into a gorgeous feline in just 5 months!

Polly might be a big girl now but she still spends all her time with Pax. The mischievous cat just loves wrestling with Pax’s tail and vaulting off his head while he’s napping. Polly is super lucky to have such a caring doggie dad to look out for her!