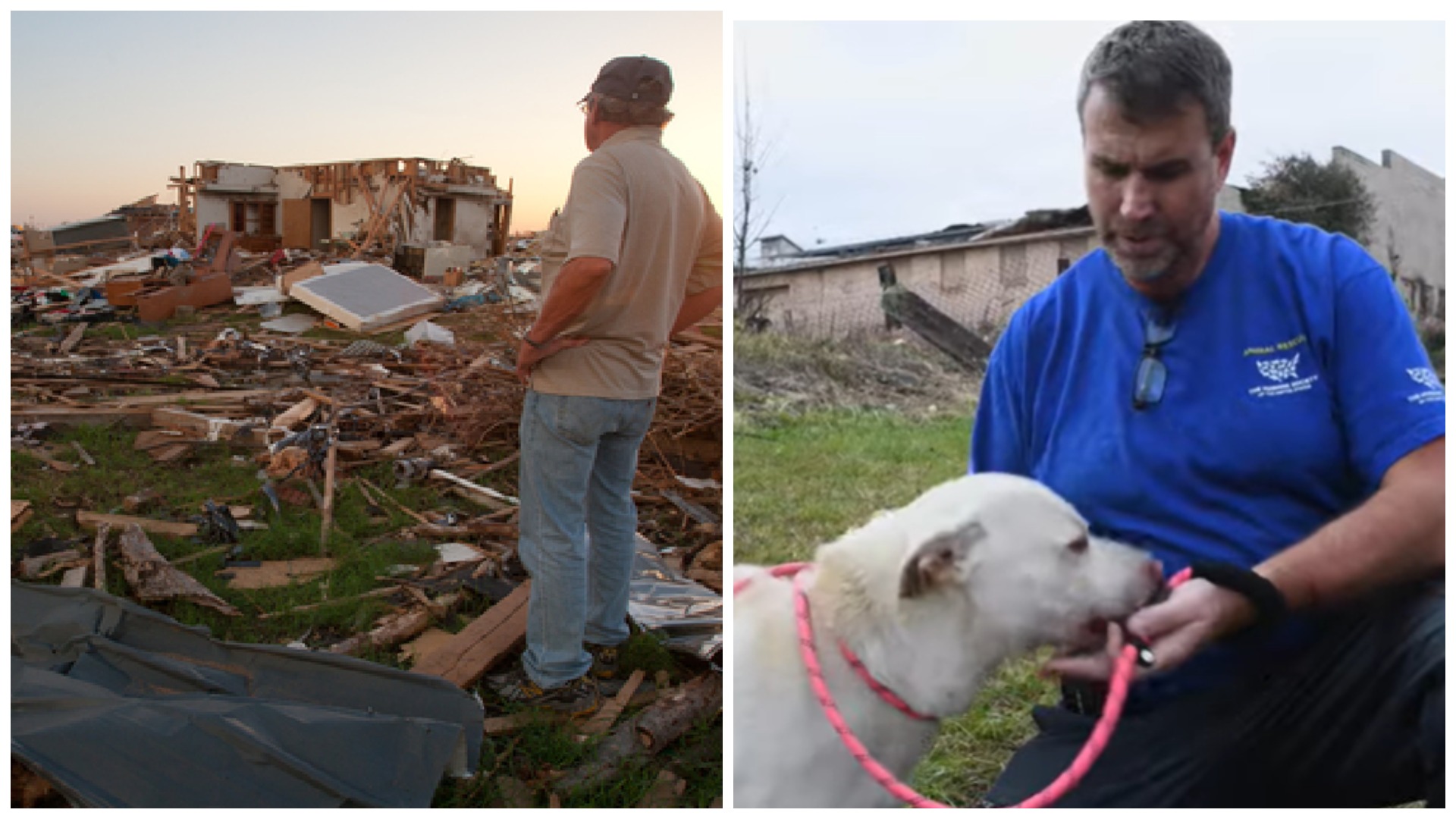 An EF4 tornado hit parts of Western Kentucky over the weekend. Thousands of homes were destroyed, at least 77 people were killed, and many families were displaced and separated from each other – and their pets.

In particular, one city was severely affected. The town of Mayfield, Kentucky, with a population of about 10,000 people was hit, and thousands of people were left homeless as a result of the tornado. Not only houses and apartment buildings were destroyed, but also pets disappeared amid the chaos.

While some were lucky enough to find their animals alive amid the destruction, others were less fortunate. 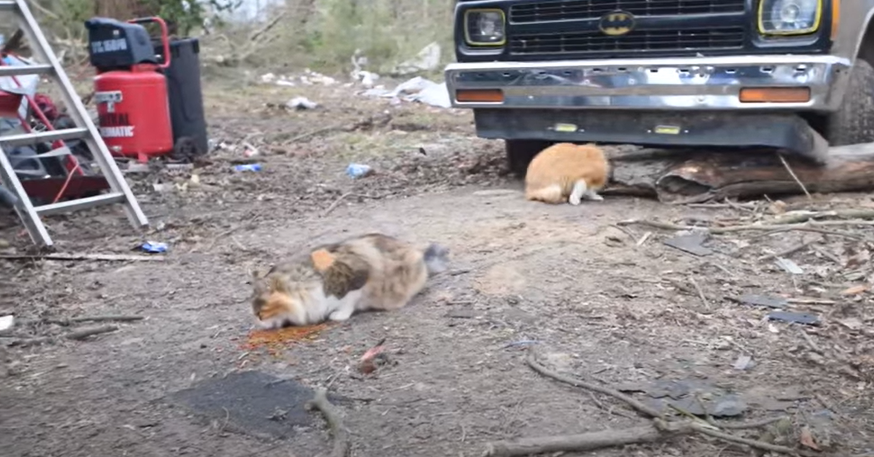 Many dogs and cats are still missing, as the search for people and pets in the rubble continues. After a week of searching, many are still hoping to find signs of their animals and hear that they are all right. However, not many people affected by tornadoes have the means to search. Many of them do not have running water, electricity, or transport and rely solely on rescue organizations in search of good news.

Fortunately, many groups come to the rescue, including the Humane Society of the USA. They have a rescue team on the ground in Mayfield looking for missing pets and helping the animals get out of the rubble and find safety. 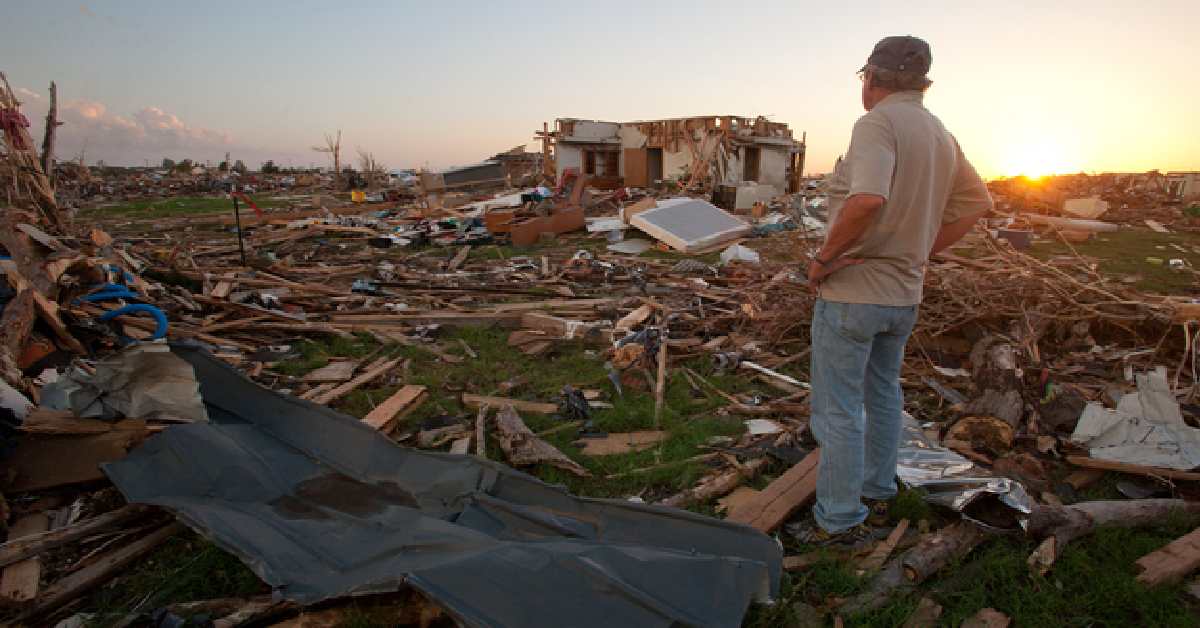 Rescuers are providing « essential supplies, shelter, and much-needed funding to help this community begin to recover. »

While searching for rubble, several rescuers found a white dog. The puppy was incredibly friendly and wanted to see people. He probably missed his family and wanted to know what was going on. 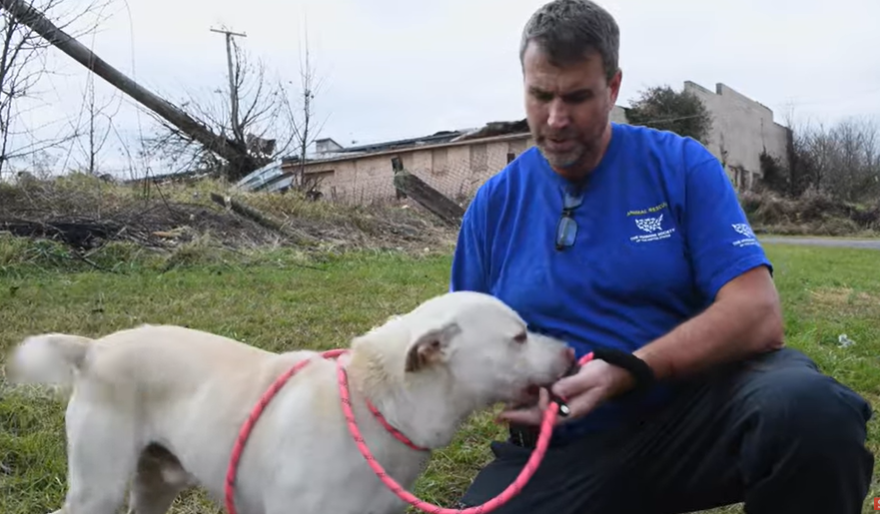 It is more difficult to say than to reunite animals with their owners, but animals found by Humane Society rescuers, such as a friendly dog, will be placed in a safe temporary shelter until further steps are taken to establish their families permanently and reunited with their pets.

It is such groups that bring hope and light to the darkest situations. Watch the video below to learn more about their work on Mayfield: