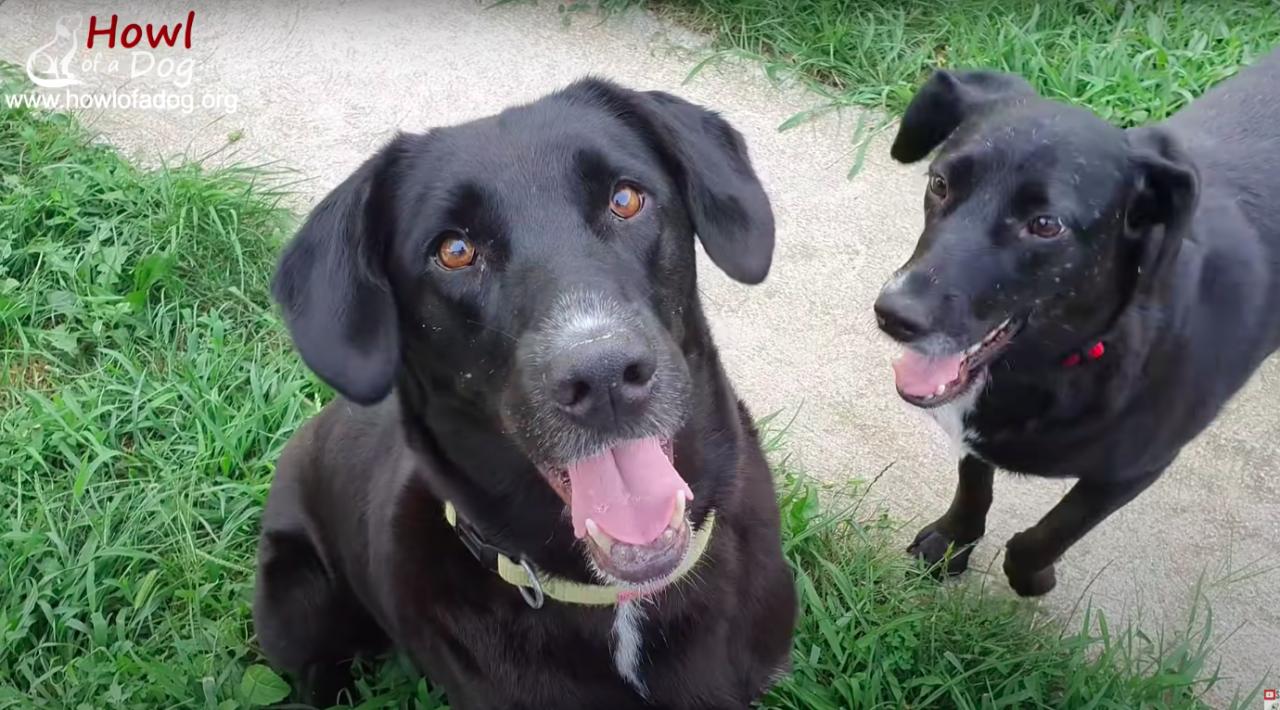 A group of rescuers called Howl of A Dog is a small nonprofit animal rescue organization located in Romania. They’re focused on rescuing abandoned and abused dogs from streets, overcrowded shelters, and other unsuitable places to help them find a loving forever home.

They run a Youtube channel that does a wonderful job at featuring the recovery of their animals for us to see. Many of these stories are wonderful tales of recovery for some of the most mistreated and abandoned animals you can find, and they are always heartwarming.

If you are familiar with our other dog stories here, you’ve probably read about Arnia. She was one of the four dogs that were found in a dirty garage; the runt of the litter that couldn’t fight for almost any of the scraps they got until rescuers were able to take her.

Here we have a similar story! The rescuers have made it their active duty to save the group of dogs that have grown comfortable in the discomfort of the dirty garage that they have considered to be their home. The other dogs have been rescued and now, we are focusing on Arnia’s friend, Angel.

Angel, Arnia, and the other dogs had, for the most part, accepted their poor living conditions, and just managed to scrape by. The four of them had gotten well-acquainted and lived together in this small space.

The garage barely had any protection from the rain and the scorching hot sun. The dogs slept on scrap metal and debris; particularly, on a tall pile of bricks by the wall.

The dogs were clearly malnourished, and their ribs began to show through their blotchy fur. They were alarmingly thin, a textbook definition of skin and bone. No one had been feeding them and it was a miracle that they were able to scavenge through litter long enough to survive.

They were also very weak, barely holding their heads up as the rescuers came. They didn’t have much energy and life left in them. These dogs had to fend for themselves, and given their circumstances, it would have been really difficult for them to make it through the day without getting hungry.

The rescuers, surprisingly though, were no threat to them. Instead, it was as if the dogs knew that they were about to be saved. They approached the humans with tails wagging, a strange mix of caution and joy. They allowed the rescuers to give them food and, later, even pet them. Eventually, two of them were adopted; one in Germany, and the other in Romania. The last remaining dog, Angel, was eventually rescued.

When the rescuers came back for her, they saw her standing on the pile of bricks that she and her friends had once spent most of their time on. Upon seeing the rescuers, she was filled with ecstasy. She descended the pile and welcomed them with tail wagging.

The rescuers said that although she was excited to see them, it didn’t seem as if she was waiting to be saved. According to them, among all of her friends, she was the one that seemed completely resigned to her fate.

“She has the calmness and wisdom of a rescued dog who has been through a lot of suffering in his life and now sees and perceives life much differently than a puppy who always lived in a loving environment,” said one of her rescuers. After approaching her, the rescuers took her directly to the vet where she was on her best behavior. They had no trouble handling her throughout the check-up.

They proceeded to provide her with a hearty meal and a bath to clean her off. Once again, the rescuers are in awe at how calm and gentle she is even if it’s apparent that she was not too keen on taking baths.

Now, she has fully transformed and is healthier than ever! She is more than ready to find her forever home.

Looking back at the life Angel and her friends led in the past three or so years, their group has made the dirty garage their home.

For them, home may not be a typical comfy safe haven, but it is the place they have accepted to be their home and they had to make do with what they had. The idea of home became simple, as long as they survived.

Whenever we encounter strays, often, our thoughts immediately go to feeling sad for them because we just see them as wandering creatures that are lost and helpless. But, some of them are actually pretty content — ironic as that sounds — with what they have.

At the end of the day, we strongly believe that all strays deserve a loving home to be in. Angel and her friends no longer have to endure the unpredictability of living outdoors. They now have the security and certainty that someone is going to look out for them.

To watch Angel’s whole rescue, we provided a link to the video below for you to enjoy.