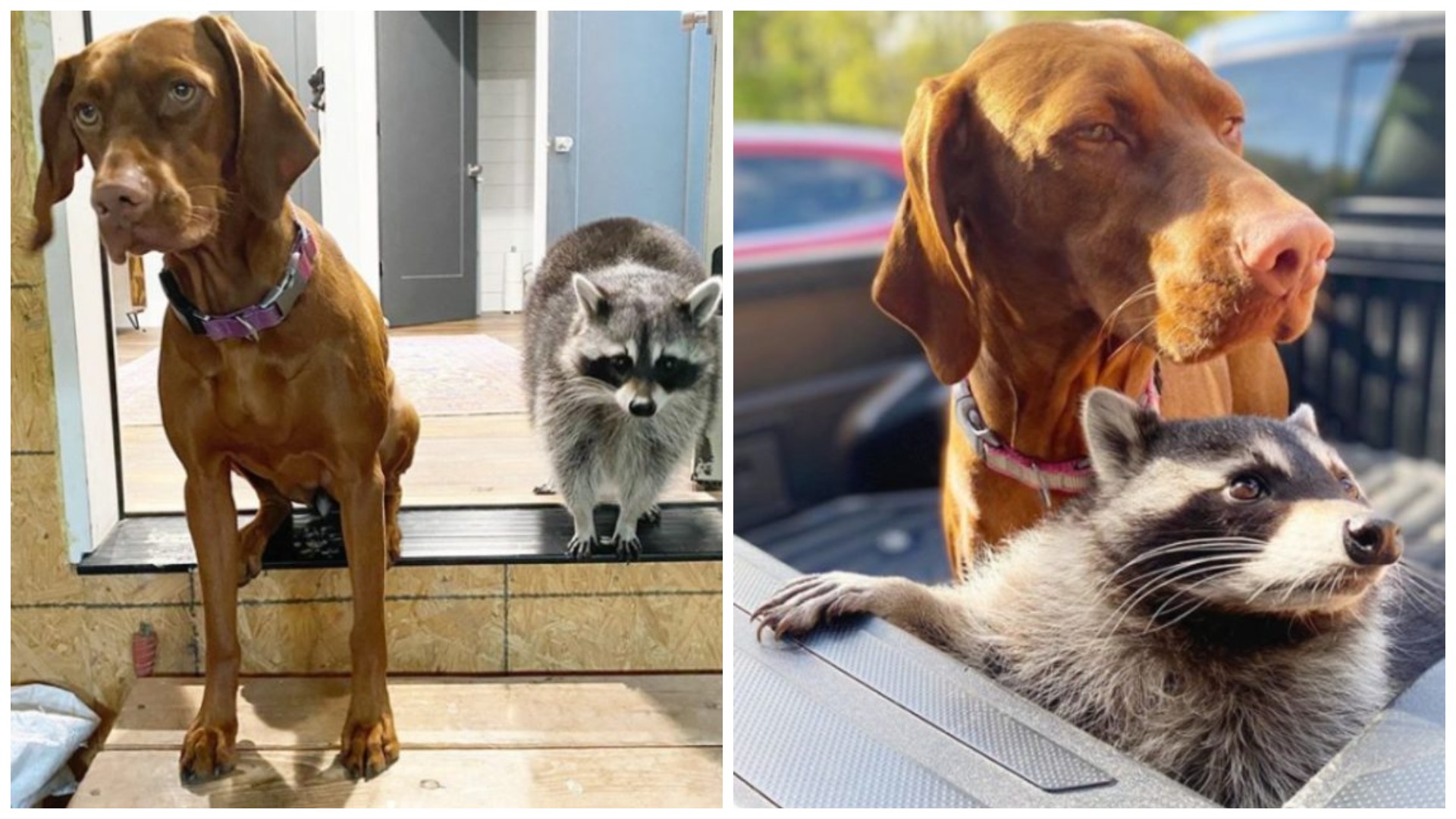 Some of the most heartwarming videos on social media involve unlikely animal friends. We’ve seen everything from dogs and cats to squirrels and dogs bonding as if they’ve been best friends forever.

The latest unlikely animal duo taking the Internet by storm in June and Waffles. What makes the pair so endearing stems from the fact that June is a rescued raccoon and Waffles is a Vizsla dog. Russ Swindell first found the baby raccoon near the base of an oak tree after it was abandoned by its mama. The Martinsville, Virginia man decided to nurse the raccoon back to health, but that was four years ago.

Russ and his wife, Bethany are accustomed to caring for orphaned raccoons and other animals, so they were ready for the challenge.

“We had June for a year before we got Waffles, the dog,” the couple reported. “They both loved each other instantly.” The pair is obsessed with one another as they explore the world, cuddle, wrestle, and snuggle up side by side.

June is litterbox trained and is the eighth raccoon the family has helped. She likes dog food kibble but eats raw and even munches on vegetables.