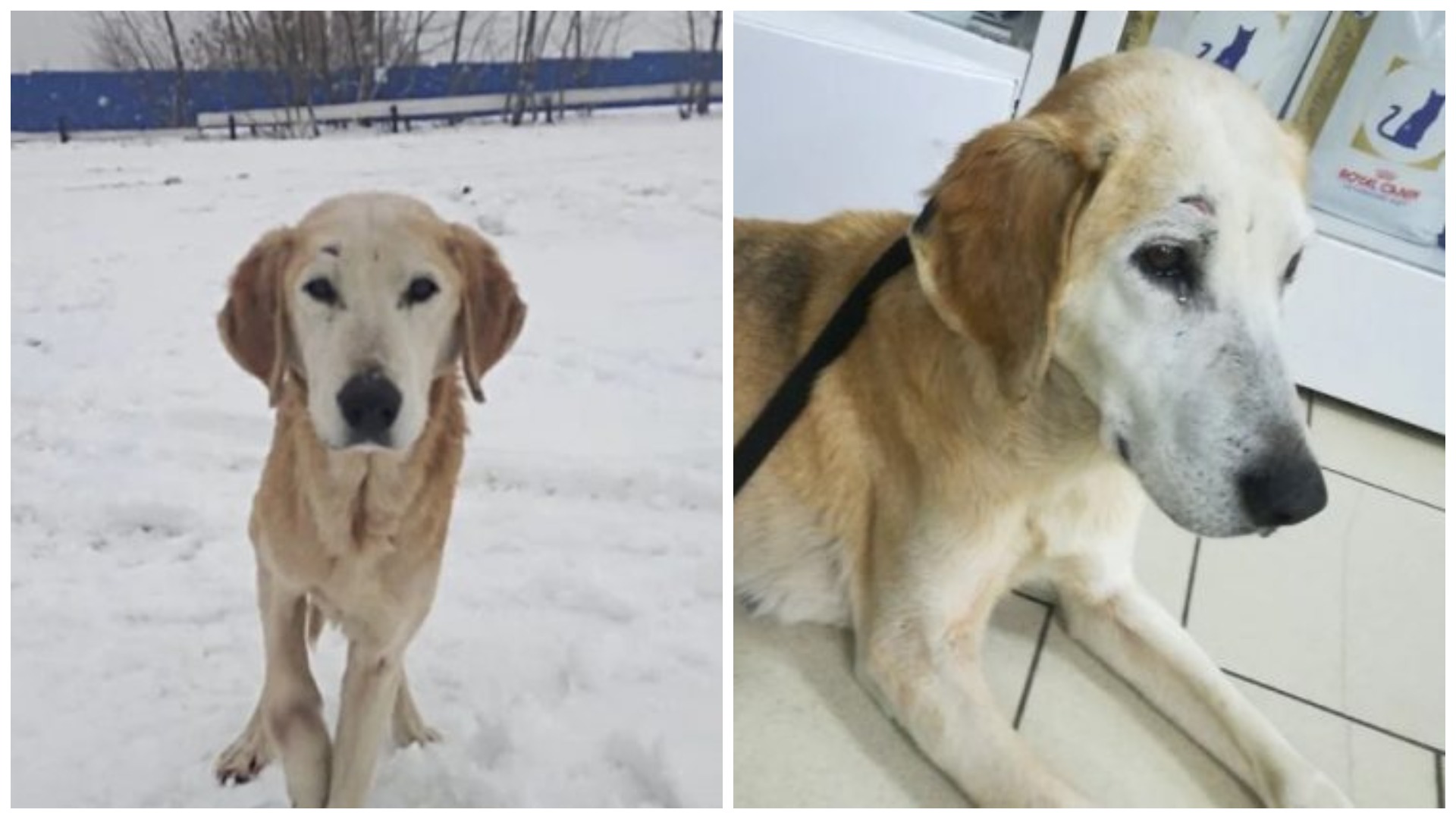 After the volunteers found the dog, it looked very sad. It was a skeleton covered with skin. It was such thoughts that arose in a person’s head when he saw in front of him an exhausted dog with extinct eyes that had already resigned itself to its fate. It could barely stand on its paws, but still followed the man, but at the same time chose places with open ground or grass. It was too hard for it to walk on hard surfaces.

Despite the miserable appearance of the dog, it was immediately visible that it was a Russian hound. Even on the brink of life and death, it retained its beauty and the nobility of the breed. 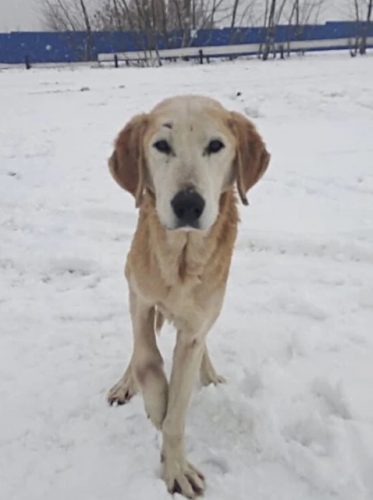 The animal is not used to communicating with people, most likely, its owner has never talked to it and definitely did not pet it, the dog did not know such manifestations of love and does not perceive them now, it does not understand them. The dog is very obedient, despite the pain and impotence, immediately submits if you pull the leash a little harder – they are used to obeying a person. Probably, the owner treated the poor thing cruelly, and it was used to such an attitude.

The dog knows the car well and loves it. For the dog, it is the only known source of warmth and joy from the hunt to come. 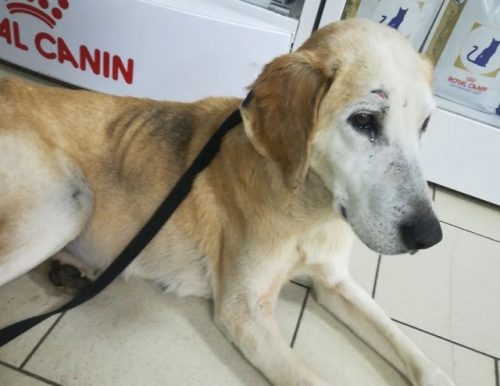 I don’t even want to think about what a hard and joyless life this poor animal has lived. When the dog got old and went blind, the owner just took it away and threw it to certain death.

After the examination, it became clear that the poor dog was kept in terrible conditions. This was evidenced by the state of its organs. Most likely, the dog lived in a dark, cold room, which caused blindness, as well as kidney disease. They fed it only bones and scraps, which are not suitable for dogs. 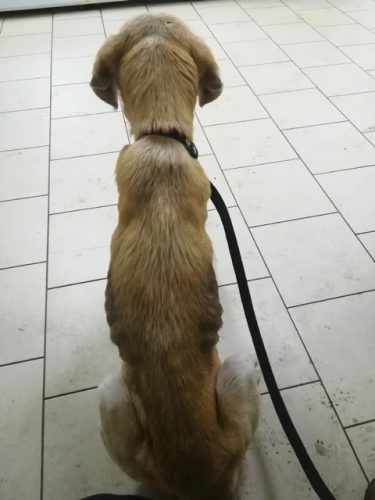 In addition to this, the dog injured its front paw, or maybe someone else did it. Why did it freeze and die of hunger and pain in front of people in the cattle yard at the monastery, where its nose led it? We don’t know that.

I want to help Zlata (as we called the dog) to find out what love, care, warmth, normal food, and human kindness are. 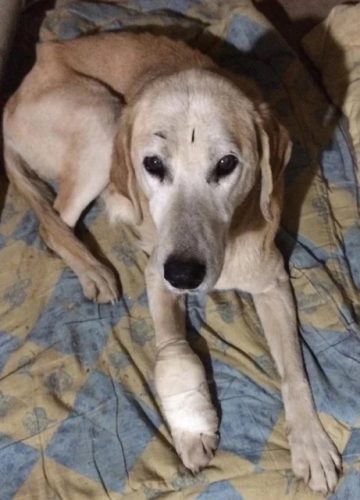 It’s about to have surgery on a broken paw, but only after the swelling has passed and the wound has cleared. Now Zlata is in temporary care, where it is properly cared for.